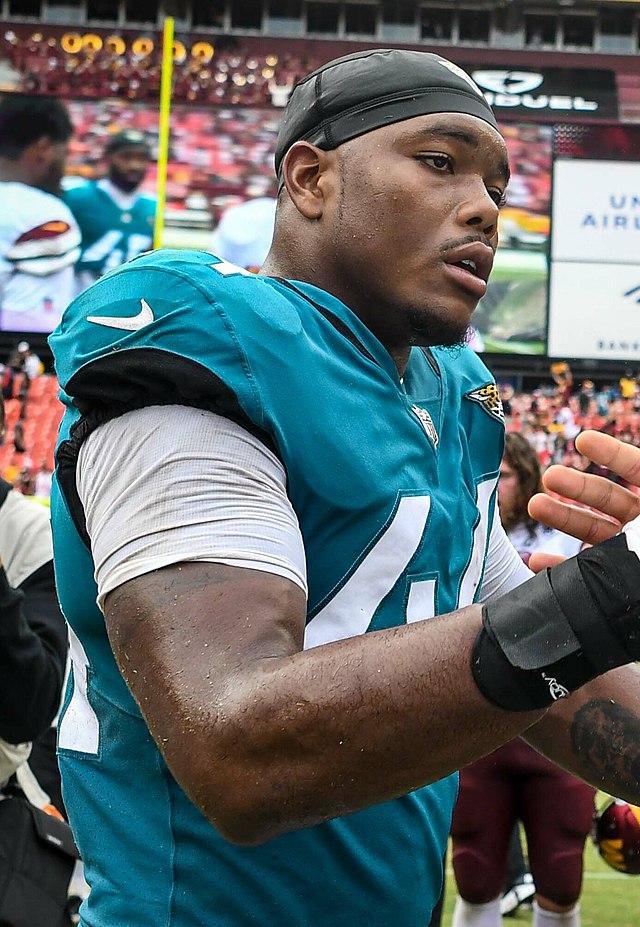 Week 8 is in the bag and the Jacksonville Jaguars are sitting at an unimpressive record of 2-6. All six losses have come in one score games and it has become evident that the team does not have the clutch gene to win close games. The Jaguars fan base tries to find someone to blame every week to explain how we’re only 2-6. The blame game will not help us win games. This team is going to have to play harder and smarter to win these games. But, maybe we are just one player away from being a winning football team and maybe that player is in the draft.

The draft has not been too kind to the Jaguars. Most of our recent draft picks are not starters on our team or are off our team completely. Most of the 2020 Jaguars draft class were busts and no longer play for the team. So, it is crucial that the Jaguars select someone that is good enough to not only be on the team, but make an impact that gets this team into winning football games. As the draft order stands now, the Jaguars would be picking 5th overall. That is a perfect position to draft the next NFL star.

I think the next NFL star could be Quentin Johnston out of Texas Christian University. He is a 6’4 wide receiver that has the height and speed to make big plays, something the Jaguars desperately need. Through 8 games of the 2022 college football season, he has 42 catches for 650 yards and 4 touchdowns. His production is something that the Jaguars need out of their WR room that still, somehow, needs a true WR1.

If the Jaguars are to continue to improve, they must build around Trevor Lawerence. He has shown that he can throw, but he also has shown that he can make mistakes. Giving him a weapon that could make plays on the ball every time could give Trevor the boost that he needs to excel to new heights. Hell, Josh Allen has become one of the league’s best quarterbacks after the Bills acquired Stefon Diggs. So, why can’t that be the same for Jacksonville?

Recently, the Jaguars traded for WR Calvin Ridley. A WR room led by Calvin Ridley, Christian Kirk, Zay Jones, and potentially Quentin Johnston could be the best in the league and instantly put the Jaguars into playoff contention. However, we won’t know until 2023 if that will come to fruition. We’ll just have to wait and see.