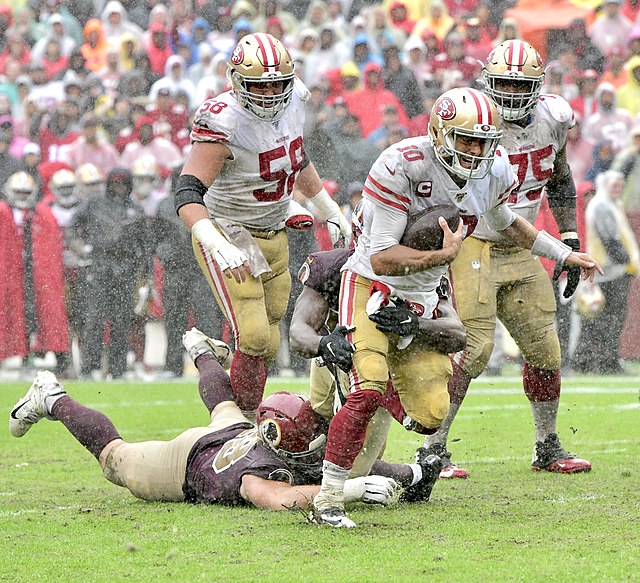 Jimmy Garoppolo played his best game of the year last week when they defeated the Cardinals in Mexico. He threw for 228 yards and four TDs while throwing no picks. He faces the New Orleans Saints in Week 12. This feels like a good test to see how he’ll do against the Saints defense. With the weapons around him, the stats will definitely help Jimmy G.

The new Green Bay WR1 has been on fire for the past two weeks. He has caught five TDs with his eight receptions in the past two weeks. Even with his performance, he only projects to have 11.30 points against Philadelphia. The Eagles have looked mortal overthe past few weeks. I can imagine Aaron Rodgers trusting Christian Watson to deliver and maybe cause an upset.

D’Onta Foreman has a date with the Broncos in Week 12. Foreman only had 24 yards on 11 carries against the Ravens in an ugly affair. The Denver defense has been elite and will give Foreman a challenge. Look for other options instead of Foreman for this week.

David Njoku returned from an injury last week against the Bills. As a precaution, he took fewer snaps against the Bills. With his status being limited on Thursday, the Browns might play it safe in a season that is close to being done. Keep updated with Njoku just in case. I’d look for other options in case he can’t play on Sunday.

The Cincinnati Bengals’ defense failed to perform against the Pittsburgh Steelers in Week 11. They allowed the Steelers to score 30 points, who have struggled to score more than 20 points this year. Trey Henrickson did his part with two sacks but no other defender had a sack, forced fumble, or INT. The Bengals now face a Tennessee Titan team that will just run through them. Don’t expect many opportunities for the Bengals’ defense to score additional points.