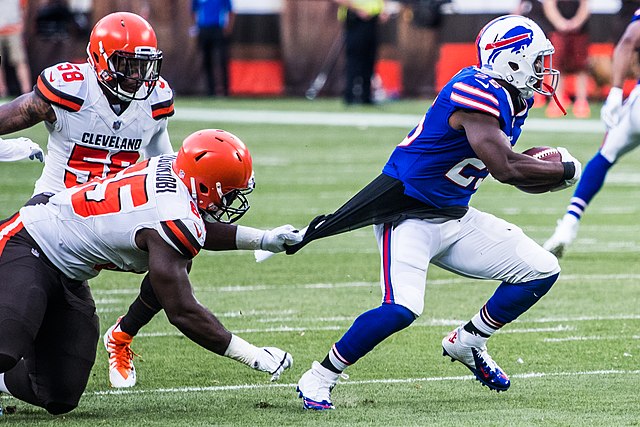 Will Shady McCoy be cast into Canton?

Over the course of his 12-year career, LeSean McCoy was one of the most electric players in the NFL. The best years of his career were spent with the Philadelphia Eagles, and through those six seasons, he had at least 1,000 rushing yards in four of them. He led the league in rushing touchdowns (17) in 2011 and in rushing yards (1,607), rushing yards per game (100.4), and yards from scrimmage (2,146) in 2013. But are these accomplishments enough to get him into the Pro Football Hall of Fame?

McCoy was selected to the Pro Football Hall of Fame 2010s All-Decade Team as one of four running backs, alongside Marshawn Lynch, Adrian Peterson, and Frank Gore. Lynch and Peterson played in 108 and 118 games respectively. Gore played 153 games and McCoy played in 144 games in the 2010s, and so a comparison of the two becomes more relevant for looking at McCoy’s Hall of Fame potential.

Gore was a model of consistency at the running back position over the course of his career. He was never going to set the world on fire with his style of play. He never led the NFL in rushing yards or rushing touchdowns in his career, though he did have at least 1,000 rushing yards in nine seasons. McCoy, on the other hand, was a more explosive and versatile running back, capable of making tough plays in the passing game in addition to his abilities running the ball.