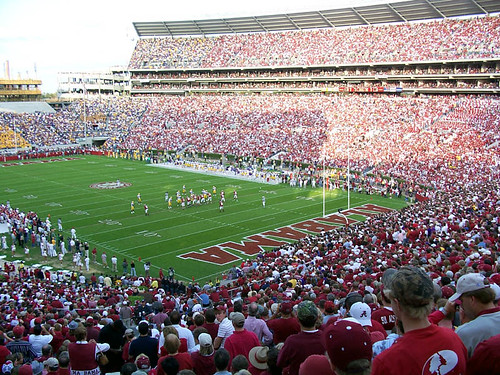 Here are the top draft fits for DeVonta Smith

Deservingly, DeVonta Smith became the first wide receiver to win the Heisman since 1991. Incredibly, Smith caught 105 receptions for 1,641 yards and 20 touchdowns. To finish his amazing collegiate career, Smith and the Alabama Crimson Tide will be playing for the National Championship. Then, it’s off to the big lights on Sunday for Devonta. Here are the top three landing spots for the 2020 Heisman Trophy Winner.

Like most of us, the Eagles want to forget 2020. This season, the Eagles’ passing game has been awful. After leading the league in interceptions, Wentz was benched for rookie Jalen Hurts.  While Hurts has added a spark to the Eagles offense, they still lacked production from their wide receivers.

In 2020, the Eagles averaged 5.6 yards per attempt, which was the worst in the NFL. Disappointingly, their leading receiver was Travis Fulgham with only 539 receiving yards. Last year’s first-round pick Jalen Reagor suffered an injury that caused him to miss five games. Yet, in the 11 games, he did play, Reagor only caught five receptions one time.

Clearly, Devonta Smith would give the Eagles a playmaker. With Hurts playing quarterback, and Boston Scott in the backfield, Smith can be utilized in run pass options. Together, Hurts and Smith bring an explosive level of speed that will give defenses fits. Additionally, it will reunite a pair of former Alabama standouts.

Ultimately, the issue here is that the Eagles will have a lot of questions going into next season. Will Carson Wentz remain with the team? How about Doug Pederson and the coaching staff? Of course, there will be plenty of internal discussion before the draft. But, the Eagles could use the sixth overall pick on Devonta Smith.

Truly, the Ravens are a run-first team, leading the league with 55.9% of their plays on the ground. For the second season in a row, Lamar Jackson ran for over 1,000 yards becoming the first quarterback to do so. However, Jackson did regress as a passer. In 2020, Lamar threw ten less touchdowns and three more interceptions than the year prior. Additionally, his accuracy and passer rating also decreased.

Evidently, this was partially because of injuries to his star left tackle, Ronnie Stanley, which left him with less time in the pocket. Furthermore, it is possible that defense simply made better adjustments with more tape on Jackson. But clearly, the Ravens are lacking a true number one receiver.

For Baltimore, Marquise Brown led the team in targets, receiving yards and receiving touchdowns. However, he only caught 58 passes out of 100 targets. Tight End Mark Andrews finished also finished with 58 receptions but on 88 targets. Still, Andrews ranked 100th in the NFL in catch percentage.

Historically, the Ravens have always been a team built on defense and rushing. Ground and pound is how they won their two super bowls. Unfortunately for the Ravens, the NFL has became a passing league. By adding Devonta Smith, the Ravens would have a true deep ball threat, that will catch more than 58% of targets.

Realistically, the Ravens will be picking in the mid 20s, which means if they are going to take Smith, then they’re going to need to trade up. While the rumor mill has been relatively quiet, anything can happen on draft night.

Much like the Eagles, 2020 was not kind to the Patriots. Notably, the surprising divorce of Bill Belichick and Tom Brady. In his first year outside of New England, Brady threw for over 4600 yards and 40 touchdowns. As a result, Brady led the Bucs to their first playoff appearance since 2007. Conversely, Belichick and the Patriots missed the playoffs for the first time since 2008.

With Cam Newton at quarterback, the Patriots shifted focus to a rushing attack. In 2020, the Patriots ran the ball at the second highest rate in the league, behind only the Ravens. Additionally, they tied for last in passing touchdowns, with only 12 on the season. Incredibly, out of those 12 only two were completed to receivers.

Obviously, Cam’s health and arm strength greatly limited the Patriots passing game. With Cam unable to throw downfield, the Patriots relied heavily on short passes. Unfortunately, Jakobi Meyers and Damiere Byrd both averaged only 3.7 yards after catch, which tied for 122nd in the NFL. Clearly, the Patriots missed the presence of Julian Edleman, who missed most of the season with an injury.

In all likelihood, Cam will not be back with New England next season. If the Patriots don’t use their 14th overall pick on a quarterback, then Belicheck will likely take Devonta Smith. Naturally, Smith has an elite skill set that can be the foundation of an offense. Seen as undersized, Smith will be the next in line to fill the famous Patriots’ slot receiver role, like Wes Welker and Edleman.