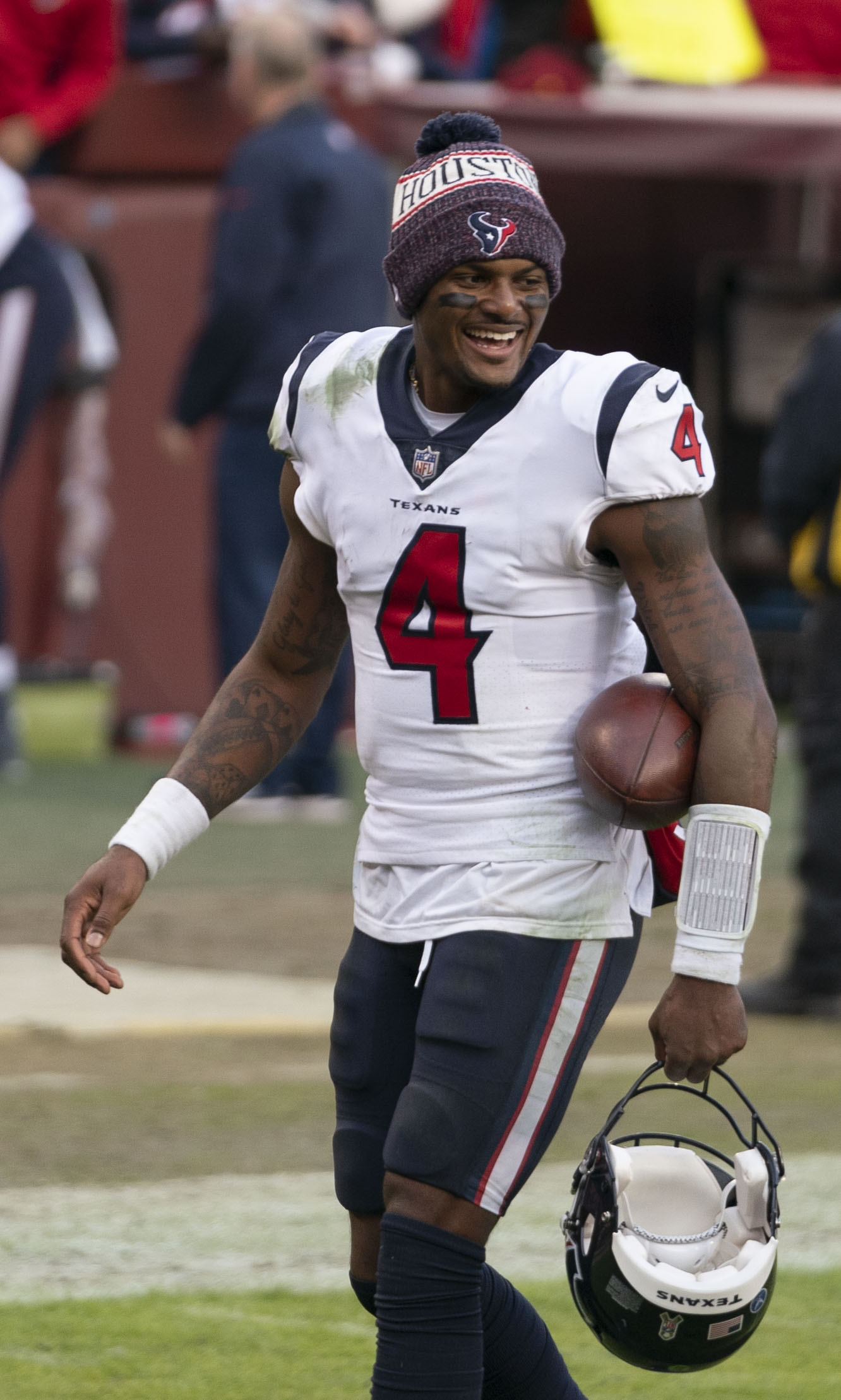 Who is the Best QB for the Carolina Panthers Next Year?

Now with the Super Bowl complete, it’s time to put full focus and attention on the offseason. The Carolina Panthers currently have a young roster, specifically on the defensive side of the ball. Offensively, look for the front office to make a move for a quarterback, as they’ve already been involved in a few trade rumors.

This last season, the Panther’s offense was very mediocre. It didn’t help that Christian McCaffrey was out for most of the year, but the passing game lacked much fire-power. They finished with 4,129 passing yards (17th in the league), 16 touchdowns (28th in the league), and 16 interceptions (6th most in the league).

The Carolina Panthers may be trading for a QB shortly, however, if a trade doesn’t fall through, they could find their new leader in either free agency or the draft. We should be witnessing a shuffle of players this offseason, and the Panthers will want to secure their guy as soon as possible. Here are the top five QB options for the Carolina Panthers.

It’s been a tough stretch for the Houston Texans and the offseason just started. Who really knows what’s going to happen in the Deshaun Watson saga, as the Texans want to keep him on the roster. All the while, Watson threatens he won’t play next year. He’s one of the best quarterbacks in the NFL, finishing with 4,823 passing yards, 33 touchdowns, and an impressive 70.2% completion percentage.

The Panthers were one of the first teams rumored to be making offers for Watson. However, Houston has made it clear they don’t want to trade their QB. In Matt Johnson’s article on Yard Barker, the author quickly describes the situation, stating, “Unfortunately for the Texans’ hopes of changing his mind and convincing him to stay, Watson seems to have heard more than enough from them.”

With the relationship between Watson and the Texans being as rocky as a ship in a storm, the more likely it becomes for Houston to trade away their superstar QB. This would be a fantastic opportunity for the Panthers to jump on. Deshaun Watson gives the offense a much-needed boost. Additionally, imagine having Watson and Christian McCaffrey in the backfield with DJ Moore and Robby Anderson running routes. The Panthers would suddenly become a potential playoff candidate in 2021 and beyond.

This is another situation that fully depends on another franchise’s decisions. The Dallas Cowboys still haven’t given Dak Prescott a long-term deal, making Prescott’s future bleak. He only played five games before suffering a season-ending injury. Prescott ended with 1,856 passing yards, nine touchdowns, and a 68% completion percentage.

The Cowboys may choose to draft a QB this year, forcing Dak Prescott into the free-agent pool. If that comes to fruition, the Panthers should be all over potentially signing Dak Prescott. He would fill in nicely under Matt Rhule’s coaching scheme, and according to Benjamin Solak, a writer for The Draft Network, “Prescott looked like a player deserving of the Deshaun Watson contract; no team would willingly let that player walk.” For this reason, Prescott would be highly sought after and the Panthers’ front office would likely make a push for Prescott.

After quite a bit of flack throughout most of his career, Dak Prescott would probably enjoy playing somewhere that legitimately respects him. The current Cowboy QB does a great job of reading the field and slinging it to his receivers. Additionally, he has experience playing with Ezekiel Elliott, making McCaffrey a superb pairing with Prescott.

One of the top QB prospects in the NFL draft, Carolina’s front office would likely draft Zach Wilson eighth overall if he were to fall to them. The kid is electric under center, putting up 3,692 passing yards and 33 touchdowns in a 12 game span this season. He’s ready for the NFL, and the Panthers have a decent enough offense to allow a young rookie to thrive.

It could take Wilson some time to adjust, which is why trading for Watson or signing Prescott are the top two choices.  However, Wilson is a stud with all of the potential in the world and could dominate in the Panthers’ offense. Casey Lundquist, an author at Sports Illustrated agrees, stating, “Wilson would be a strong, cerebral fit for Joe Brady’s offense.”

It all depends on how the NFL draft goes, but there is a possibility the former BYU quarterback falls in the draft. However, he’s likely to still be taken within the top ten. If he’s there, look for the Carolina Panthers to make that pick, as it would be an easy decision to make.

Another young rookie makes the list, this time being Trey Lance out of North Dakota State. He opted out of the 2020 season, but his 2019 stats were impressive, to say the least. That season, Lance put up 2,786 passing yards, 28 touchdowns, and zero interceptions.

There is a lot of hype around Lance heading into the NFL draft. He’s been a fantastic college quarterback and has the unique ability to make plays with his feet too. Bucky Brooks explains Lance’s talents by stating in an article on the Athletic, “He reminds me a lot of Deshaun Watson with his style of play. He can carve you up from the pocket, or use his legs to create plays on the perimeter.”

With praise like that, it sounds like Lance could be the steal of the NFL draft. He would be an upgrade over Teddy Bridgewater, even though Lance may need a year to sit on the bench and learn. At the end of the day, The Carolina Panthers should highly consider selecting Trey Lance in the upcoming draft.

In the end, Teddy Bridgewater should still be considered a top option for the Panthers’ QB position next year. He ended with 3,733 passing yards, 15 touchdowns, and a 69.1% completion percentage. He’s very average in the NFL but serves as a solid bridge QB until the Panthers find their guy.

In a mock draft, written by Josh Edwards at CBS Sports, the writer explains Bridgewater’s lack of performance by comparing him to Trey Lance. He states, “Teddy Bridgewater did not deliver the most confidence-inspiring performance in Week 17. His floor is probably higher than Trey Lance, but his ceiling is much, much lower.”

With that said, drafting a QB becomes much more likely. However, if the Panthers do, or don’t go that route, we’re likely seeing Bridgewater play as the starting quarterback for one more year. He’d be a great QB for any young player to learn from, as Bridgewater has some solid experience he could relay to the rookie. Bridgewater isn’t the ideal choice, but he’s serviceable for at least one more season.