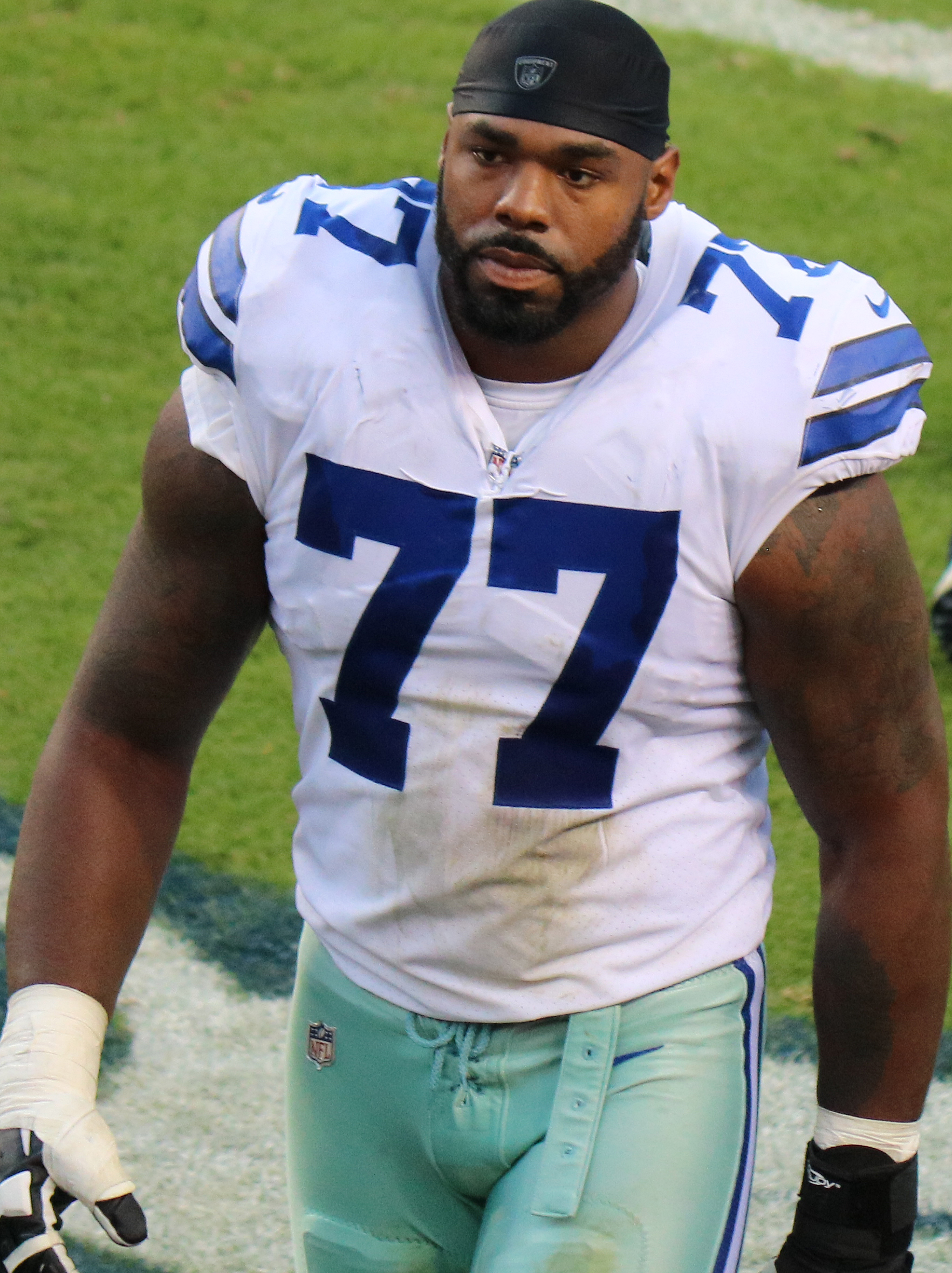 Who Should Dallas Target to Protect Dak?

The Dallas Cowboys had a tough 2020. Quarterback Dak Prescott suffered a season-ending injury in a week 5 game against the New York Giants. The Cowboys’ season derailed and it was clear to see how good their offense was with Prescott.

Dallas have been known to have an excellent offensive line. In terms of the percentage of times a team’s quarterback was sacked, only the Los Angeles Rams had a lower percentage in 2019 than the Cowboys.

PFF ranked the Cowboys’ offensive line 4th in 2019 and Prescott was tied 27th in 2019 amongst quarterbacks for sacks taken. Only five quarterbacks who played more than 10 games were sacked less than Prescott in 2019.

However, injuries hampered the Dallas Cowboys’ offensive line in 2020, with PFF ranking them 27th. Tyron Smith, Zack Martin and La’el Collins all suffered hampered seasons and Dallas were impacted by this. The Cowboys were 20th when it comes to the percentage of times a team’s quarterback was sacked.

It is clear that Dallas need to improve their offensive line, to improve these statistics as well as provide more depth in the case of further injuries to this unit.

So which offensive lineman should the Dallas Cowboys target in 2021 either in free agency or the draft?

Williams was a player mentioned in the previous Dallas Cowboys article and should be someone that Dallas goes after. He is set to be available in free agency, with an average annual salary of $18.2 million.

After moving to the San Francisco 49ers in the 2020 offseason, Williams managed to have a solid campaign. He ranked fourth for penalties but allowed just four sacks all year. He had a PFF grade of 91.9 which was the highest of any left tackle in the NFL.

He would managed to provide a significant upgrade to this offensive line.

The New England Patriots had a difficult season in their first without Tom Brady in the 21st century but their offensive line was ranked fourth by PFF. Joe Thuney has been an excellent servant for this franchise and he continued this in 2020, ending the season as the sixth highest rated left guard in the league.

Having Thuney in the team would not only provide Super Bowl winning experience but also would further improve this offensive line, with an annual average salary of $15.3 million.

The Washington Football Team reached the playoffs and almost upset the eventual Super Bowl champions the Tampa Bay Buccaneers in the Wildcard Round. Their offensive line ranked sixth by PFF after the conclusion of the 2020 season.

With an annual average salary of $12.7 million, Scherff remains one of the top offensive line targets in the league during the 2021 free agency period. Scherff allowed just three sacks all season and conceded just two penalties, with an 84.1 PFF grade.

Dallas have the tenth overall pick in the 2021 draft and the offensive tackle position is one that Dallas should look at, along with defensive players.

Sewell is seen as the best offensive lineman in the draft and has the chance to fall to 10. The Jacksonville Jaguars and New York Jets will both be likely to take quarterbacks with the first and second overall picks. The Miami Dolphins could take Sewell at number 3 but have also been linked with taking a wide receiver or trading the pick away to get Deshaun Watson.

Atlanta are at number four and the Falcons are expected to either take a quarterback or cornerback. The Cincinnati Bengals could be seen as very likely to take a lineman to help protect their quarterback Joe Burrow. They could look to take a lineman later in the draft and help build weapons for Burrow or improve the defense.

Philadelphia, Detroit, Carolina and Denver have not been projected to take a lineman in the draft and should this be the case, then the Cowboys would be next. Sewell should be the player taken by the Cowboys should he fall to them.

If the Bengals or Dolphins take Sewell, then Rashawn Slater is seen as the next best lineman prospect in the draft.

Slater is projected as the eleventh best prospect across the 2021 draft class, which is arguably a more realistic pick for the Cowboys.