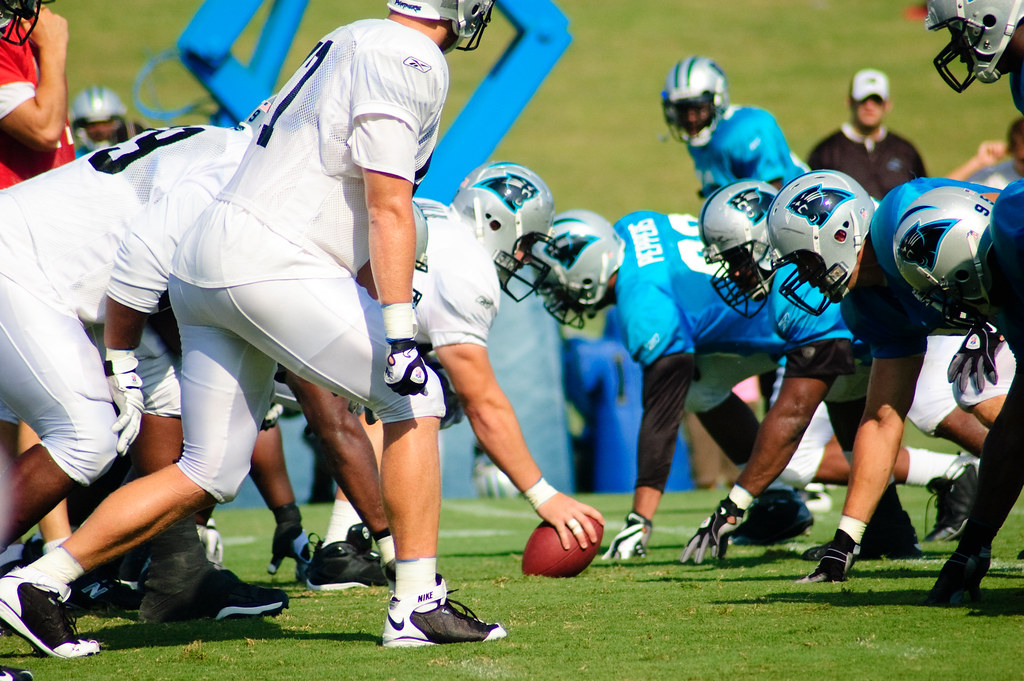 "A morning at the Carolina Panthers' Training Camp" by Kyle T. is licensed under CC BY 2.0

Where Will Curtis Samuel Play in 2021?

With the NFL free agency window approaching, the speculation on where players will sign is fully underway. One interesting name on the market is wide receiver Curtis Samuel, who has played for the Carolina Panthers the first four years of his career.

The Panthers are currently sixth in cap space ($+39,983,683) according to Spotrac, so they could re-sign Samuel if they so choose. Another option is to tag-and-trade the slot receiver, in an effort to get something back. Either way, reports suggest that this new Carolina regime (led by owner David Tepper, head coach Matt Rhule, and recent hire Scott Fitterer as general manager) is likely to part ways with the fifth-year WR as they continue to rebuild this franchise.

Coming off his most productive season in the league (over 1,000 all-purpose yards), Samuel’s ability in both the pass and run game should garner plenty of interest around the NFL. I’ve already heard at least 10-15 teams that may be in on the Ohio State product (including the New York Jets, Minnesota Vikings, Chicago Bears and former head coach Ron Rivera in Washington), so there’s no shortage of suitors for the free agent break-out candidate.

None of those franchises will make this list however. Assuming the Panthers don’t bring him back, here are the top three landing spots for Samuel this offseason.

New York Giants general manager Dave Gettleman has already made it apparent that he wants to add weapons to this Big Blue offense in free agency and the draft. Being that slot receiver Golden Tate is a near-guarantee to be released as a cap casualty, Samuel makes sense as the perfect player to replace him. Of course, the Giants may have to outbid rival Washington Football Team to do so.

If acquired, Samuel would slot in alongside Darius Slayton and Sterling Shepard, giving Daniel Jones a formidable trio at wide receiver heading into a crucial year three as Giants quarterback. The G-Men would also get younger in this exchange, replacing a has-been with a 25-year old who has only missed one game in his past two seasons.

Rather than the Jets or Miami Dolphins making a move for Samuel, I like him as a fit for Josh McDaniels and this New England Patriots unit. Bill Belichick has had a history of going after gadget players like Samuel throughout his illustrious career, and similarly to Tate, veteran slot receiver Julian Edelman could become a cap casualty this offseason.

Whether the Pats keep Edelman or not, they may still make a push for speedy playmaker. For once, New England has the money to spend, and they need to bolster their offensive arsenal (which was one of the worst in football last season) with talent. Damiere Byrd is also set to hit free agency (a poor-man’s Samuel), so one easy upgrade could be made by replacing him with the Panthers slot-man. It’s not just what Samuel offers on offense though. He’s the type of player who can wear multiple hats for the Patriots, and Belichick knows the value of a guy like that on a 53-man roster.

I doubt that the Green Bay Packers sign Samuel, mainly because they rarely splurge in free agency (especially at skill positions), but they SHOULD sign him. Aaron Rodgers has not had a decent slot-threat since Randall Cobb (excluding Davante Adams who can line up anywhere), and their current roster is filled with a majority of outside and deep ball threats. This would be the perfect fit in my opinion, which is why I mention it as an honorable mention, but the odds of it actually happening are slim.

Urban Meyer and the Jacksonville Jaguars have enough cap space to have conversations with every free agent currently on the market. They also have assets at their disposal in a tag-and-trade scenario. The reason that Samuel in particular makes sense for Jacksonville, is his past. Curtis played with Urban at Ohio State, flourishing in his system. Not only that, the Jags have three wide-outs hitting free agency in March (Keelan Cole, Dede Westbrook and Chris Conley). All three of which make their living in the slot as possession receivers.

Meyer will likely demolish Jacksonville’s one-win roster this Spring. I mean, why should we expect anything less from one of the most successful college program-builders in recent history? Samuel would be an obvious place to start, as a nice complement to D.J. Chark Jr. and Laviska Shenault Jr. for Trevor Lawrence to throw to his rookie year. New offensive coordinator Darrell Bevell could get real creative with this blend of athletic young skill-sets. Duval County, how would you feel about this offensive unit in 2021?