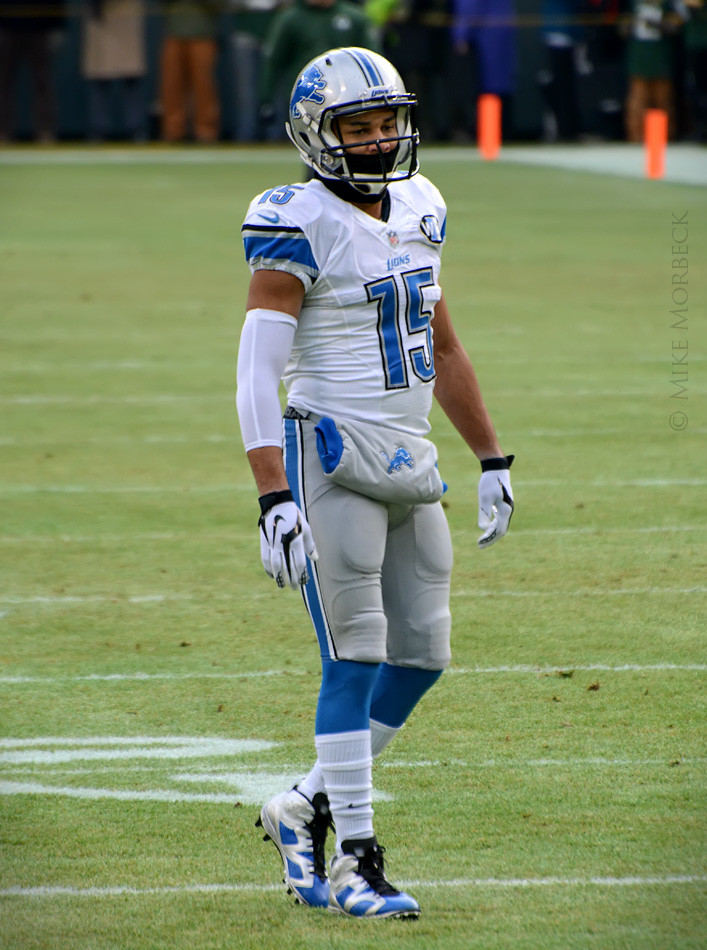 "Golden Tate" by Mike Morbeck is licensed under CC BY-SA 2.0

Where Could The Yards-After-Catch King Land?

When the Seattle Seahawks drafted Golden Tate in the second round of the 2010 NFL Draft, they were getting a highly-touted prospect. Tate won the Biletnikoff Award–given to the best receiver in college football–in 2009 while also earning Unanimous All-American Honors. Tate’s NFL Career has been a story told in many chapters, and he will likely be getting another chapter written this offseason.

After his Super-Bowl Stint with the Seattle Seahawks, Tate made stops in Detroit and Philadelphia before landing with the Giants. Tate inked a four-year, 37 million dollar contract before the 2019 season. However, with the new, lower salary cap looming over Dave Gettleman and Joe Judge’s heads, Tate’s time in Big Blue will likely be cut short.

During the 2020 season, Tate did not perform up to expectations. He logged fewer than 400 receiving yards, but Daniel Jones should not be blamed for Tate’s failures. Tate ranked second at his position in catchable target rate, at 92.3%. However, Tate was only 44th at the wide receiver position in terms of catch rate at 67.3%.

While Tate is no longer the athlete that he was coming out of college, he is still a quality slot receiver with great contested-catch skills. If Tate were to hit the open market, there will be many interested suitors.

After Lamar Jackson’s 2018 heroics which led him to the MVP trophy, his 2019 season was more of a return to earth. Jackson ranked 16th in “Money Throws,” 28th in Accuracy, and 18th in true completion percentage per Player Profiler. These stats all indicate that Lamar Jackson needs help to keep the Ravens’ passing offense afloat. While Jackson is the best runner of the football at the quarterback position, he is only a mediocre passer.

The Ravens passing attack desperately needs an infusion of talent. The combination of Marquise Brown and Mark Andrews is not enough to get the job done. While spending a 1st round draft pick on a receiver like Rondale Moore would do wonders for the offense, the Ravens may decide that they can go cheaper at wide receiver.  If the Ravens did not spend any major assets at the wide receiver position, they could spend their draft picks on other positions of need, like interior offensive line and edge rusher. Tate’s success in the short and intermediate areas of the field would help Lamar much more than an expensive deep threat like Will Fuller. Tate can separate off the line of scrimmage instantaneous, which would complement the Ravens’ already thriving RPO-heavy playbook. Tate would not command a big salary given his age and declining production, and he may want to go to a super bowl contender like the Baltimore Ravens on a one or two-year deal for 2-4 million dollars per year.

Another team with a dual-threat quarterback, another team that could use Golden Tate’s services. The Cardinals already gave up draft capital to trade for Deandre Hopkins before the 2020 season. While the Hopkins trade has worked out for Arizona, the Cardinals need more weapons. Christian Kirk came out of college with a great profile, but he has not worked out in the pros yet. Andy Isabella has not developed into a startable wide receiver in his two years in the league either. The Cardinals have one receiving weapon in Deandre Hopkins, who thrives outside the numbers.

The Cardinals lack a middle-of-the-field threat at the wide receiver and tight end positions. Their current weapons group is weak, but it will not be that easy to fix. The Cardinals may need to address other positions in the draft like edge rusher, interior defensive line, offensive line, and running back. Due to their other needs, Golden Tate could provide a great short-term, budget option for Kliff Kingsbury’s offense.

The Panthers are one of the teams that will have the most roster turnover between the 2020 and 2021 seasons. On offense, impact players like tackle Taylor Moton, wide receiver Curtis Samuel, and quarterback Teddy Bridgewater all may not be on the roster for the 2021 season. The Panthers tried to trade their 1st round pick (8th overall) for Matthew Stafford, but the Lions preferred the Rams offer. The Panthers have shown that they will be aggressive in upgrading their roster, and the wide receiver position could use some work. Robby Anderson only has one year remaining on his contract, and D.J. Moore will be looking for an expensive extension soon. Both of those receivers win on the outside and in the deep and intermediate thirds of the field.

Golden Tate would be the perfect third weapon for whoever is the quarterback for the Carolina Panthers. D.J. Moore has put up 1175 or more receiving yards in back to back seasons and is emerging as one of the NFL’s true alpha wide receivers, even if he does not have the pro-bowls to show for it yet. Robby Anderson fell victim to Adam Gase for part of his career, so his late breakout can be explained. To create one of the most formidable, cost-effective trios in the league, the Panthers could sign Golden Tate to play slot receiver.

While Golden Tate’s time with the Giants may be coming to an end, he will still be a meaningful contributor elsewhere in the National Football League. Tate’s PFF grades and other advanced metrics are on the decline, which is to be expected for a player of his age. However, Golden still manages to perform a few unexplainably great plays each season that only a select few others in the game can make.

Because Golden will be in the twilight of his career, he can either prioritize a team that gives him opportunity, or a team that will win as many games as possible. Given that description, Baltimore makes a lot of sense if there is mutual interest. Even though it is not a high-volume passing offense, Tate’s skill set would be maximized with the Ravens. However, do not discount other teams that want to bring in a veteran wideout that plays physical before, at, and after the catch-point.