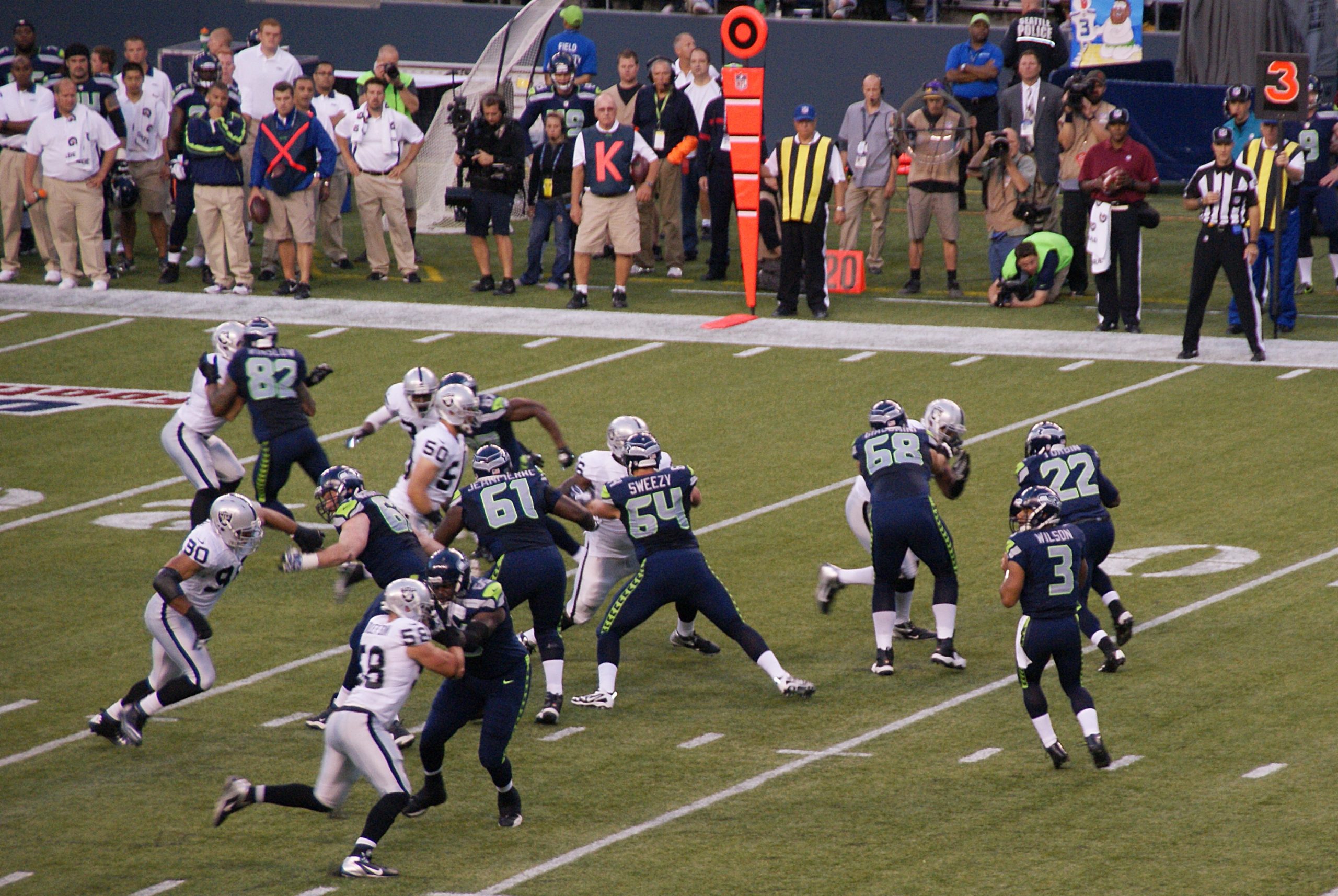 Where Will Wilson Land?

Russell Wilson is rumored to want out of Seattle, but whether or not an official request has been made by the quarterback, there are certainly teams that should have the Seahawks on speed dial inquiring what the asking price would be for the 32-year old signal caller.

Wilson is coming off of his ninth season and he has established himself as a solid veteran option in his prime. Wilson threw for 4,212 yards (ninth-best in the league), 40 touchdowns (a career-high), and 13 interceptions (…unfortunately also a career-high) in 2020. It felt like Wilson didn’t run the ball as much this year, but he actually had his most rushing attempts and yards this season than the previous two so he showed he can still get it done on the ground.

Given the right fit, Wilson has the ability to elevate any offense he joins so who can benefit the most from adding his skillset to their team?

The Chicago Bears are going to be in the rumor mill for any quarterback that is looking for a change of scenery because nobody is really sold on neither Mitchell Trubisky nor Nick Foles. The Bears passing attack was the 11th lowest in passing yards, 15th in passing touchdowns, and they had the seventh most interceptions. The Bears also had the eighth fewest rushing yards in the NFL and we have seen in Seattle how well-rounded Wilson can make an offense. The advantageous thing for Wilson in regards to Chicago is that they gave up 12 fewer sacks than the Seahawks did.

Star wide receiver Allen Robinson is wanting out of Chicago, but an easy way to make him happier and to convince him to stick around would be bringing in Wilson. The Bears finally have a first round pick again and could try to take their quarterback of the future at 20th, but with the QB-needy teams in front of them, there is no telling who will be available there so instead of rolling the dice, they need to take the sure thing in Wilson.

With one franchise quarterback looking like he is going to hang up the helmet, it is time for New Orleans to look toward the future. Their current incumbent quarterback room is highlighted by Taysom Hill and Jameis Winston. Of the two, I actually like Winston’s upside for them more, but the Saints clearly don’t as Hill was dubbed the starter after Drew Brees went down with injury. I get that this offense (quite literally) runs through Alvin Kamara at the moment, but again Wilson has shown that he can add to the versatility of the run game and can be an effective passer when protected.

The Saints were 19th in passing yards this season, but also gave up 19 fewer sacks than the Seahawks. More protection, a much better defense, and one of the best running backs and wide receivers in the league? Sounds like a match made in heaven for all parties (except their opponents).

YOUR FRANCHISE QUARTERBACK IS UNHAPPY. Seriously, what in the world are the Seahawks doing letting it get this far with Wilson. The Seahawks went 12-4 despite their defense giving up the second most passing yards in the league and their solution is to dismiss the concerns from their quarterback. The Seahawks needs to protect Wilson because his career will be shortened if he keeps getting sacked 48 times a season. They don’t have a first round pick this draft so I get that if they want to commit to a full rebuild that they can get some draft capital for Wilson, but they are committing to a multi-year rebuild when really they need to boost the offensive line and defense and will remain a contender.

Is it likely that the Seahawks would send Wilson to a divisional rival? Obviously not, but wow would he be exciting in this offense. The 49ers are figuring out their multi-headed backfield, have solid young receivers, one of the best tight ends in the game, and an all-around impressive defense. Do you know what the 49ers don’t have? A Franchise QB that consisntely sees the field.

Jimmy Garoppolo has been a 49er for four seasons and has played in a total of 31 games. He has passed for 7,352 yards, 46 touchdowns, and 26 interceptions. Not much of a rusher, he has added only 79 carries for 131 yards and two touchdowns on the ground.

Over that same four-season span, Wilson has played in 64 games, passed for 15,753 yards, 140 touchdowns, and 36 interceptions. Wilson adds 320 rush attempts, 1,817 yards, and eight touchdowns on the ground. Again, highly unlikely the Seahawks send him to a team in their division, but if he wound up on the 49ers, it would instantly elevate them to playoff contention.