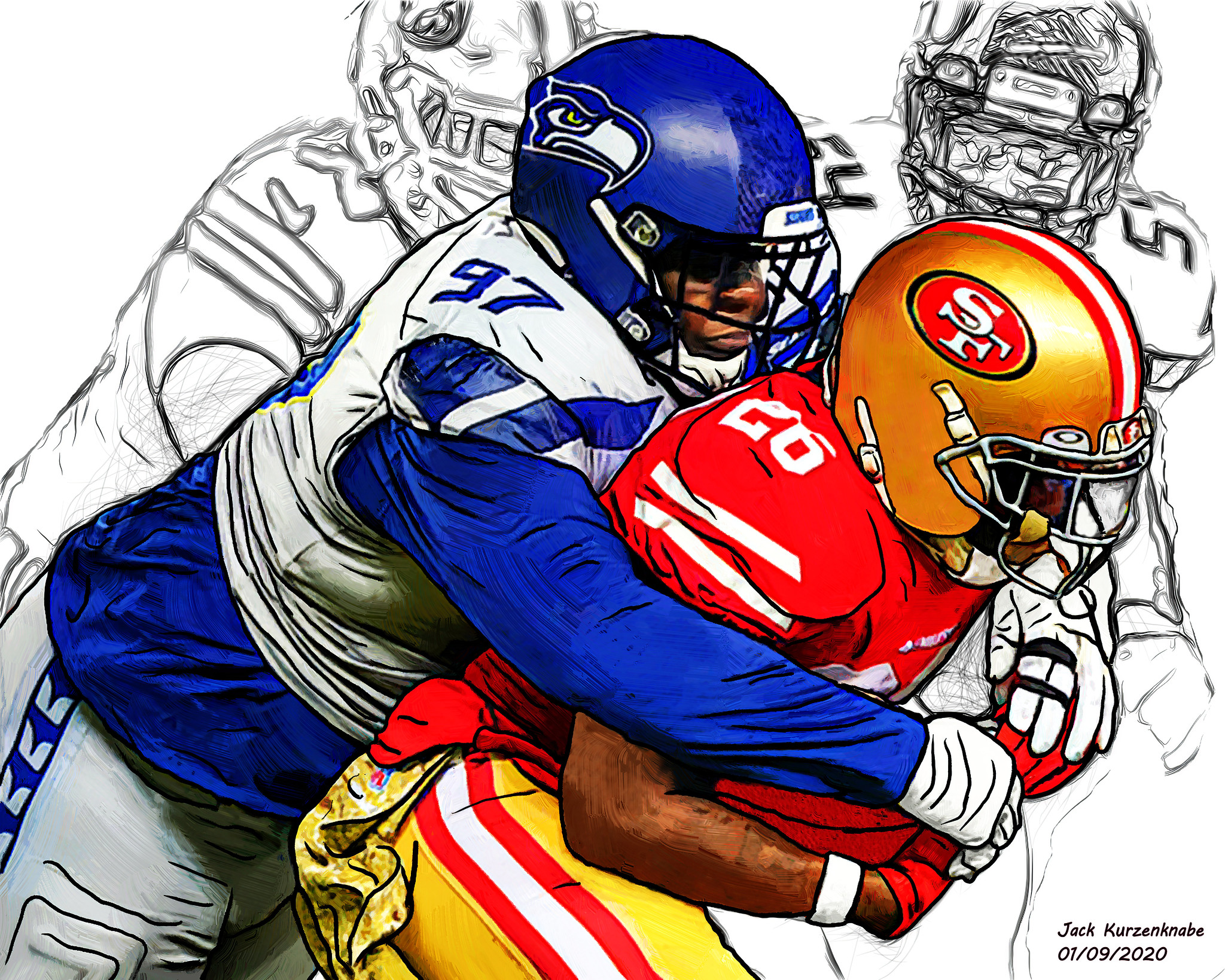 Trent Williams is the most important Free agent the 49ers have. Williams was graded as the highest tackle in the NFL in 2020 by Pro Football Focus. With Mike McGlinchey being a liability at right tackle – locking down Williams is essential for the offensive line core.

Williams missed 2019 because of a cancerous tumor growing in his head – joined the 49ers and didn’t miss a beat in 2021. Even though he is nearing 33 and entering his 11th year in the league; Williams still showed his worth. If San Francisco doesn’t re-sign Williams it will affect the entire offensive line.

Richard Sherman played great in 2019 earning second-team Ap All-Pro honors, but he struggled in the playoffs in man coverage. In 2020 father time dialed back on Sherman as he only played five games and played a career-low 32% of the 49ers defensive snaps. Sherman allowed four touchdowns in those games and allowed a 116.2 passer rating allowed when targeted.

The defensive backs should’ve learned a lot from Sherman – who is known for making plays off his knowledge of the game more than his actual physical ability. Richard Sherman is likely looking to join a Super Bowl contender and secure that last payday of his career.

Solomon Thomas never lived up to the hype of being the third overall selection in the 2017 NFL draft. His poignant six sacks in 48 career games should be more than enough for the 49ers to move on. After a disappointing sophomore year – Thomas was buried in the deep 49er defensive line rotation in 2019 as he only started three games. Coming off a torn ACL in 2020 Thomas himself should expect to explore Free Agency.

The San Francisco 49ers made Kyle Juszcyk the highest-paid fullback (more than double of the next FB) in 2017. I talked about Juszcyk potential landing spots here. Juszcyk will likely be looking at teams that will get the ball in his hands in 2021 as he was underutilized throughout his 49er career.

Kyle Shanahan tried his hardest to get Tevin Coleman involved in the last two years but it just didn’t pan out. In 2019, Coleman had a stellar performance in Week 8 against the Carolina Panthers totaling four touchdowns, but he just couldn’t keep up the pace.

Coleman was hobbled by injuries in 2020  where he only played six percent of the total offensive snaps and had averaged a staggering 1.9 ypc (yards per carry). With three running backs under contract, I don’t see John Lynch bringing Coleman back.

Kendrick Bourne has been a solid player for the 49ers over the last three seasons. The 25-year-old receiver was second on the team in receiving first downs, but lead the team in drops. Bourne will likely be offered a team-friendly deal – that’s loaded with incentives. If Kendrick Bourne can knock the drops heading into 2021 he could be a pivotal piece for the 49er offense.

Kerry Hyder Jr was the most productive defensive lineman in 2020 for the 49ers. Hyder led the team in sacks, quarterback hits, and tackles for loss. With San Francisco unaware if Dee Ford will return in 2021 – it raises the stock and value for Kerry Hyder.

Jaquiski Tartt has played pretty well WHEN he plays – the problem is he hasn’t played more than 53% of the defensive snaps for the last four years. Tartt shined in pass coverage in 2019, leading the 49er defense in completion percentage when targeted (43% on 23 targets.) Turf toe ended Tartts’ 2020 season and was more than likely his last snap as a 49er.

Restricted Free Agent Greensboro native Emmanuel Moseley is expected to have his tender picked up by the 49ers in 2021. Moseley’s rise started in 2019 when Ahkello Witherspoon started to struggle. He went on to become a solid starter and even led the team in pass deflections in the playoffs. Hobbled by a concussion in 2020, Moseley missed some time but showed he was a solid outside corner throughout the season when active.

Jason Verrett may be the second-most important Free Agent signing behind Trent Williams. Both players were NFL Comeback Player of the Year snubs as they both bounced back from career-challenging obstacles. Verrett only played in six games in three seasons prior to 2020.

Jason Verrett turned over a new leaf in 2020, exploding as a top-ten corner in the NFL. With only special team’s cornerbacks under contract, Verrett has earned the title of cornerback one on the roster.

In 2017 the 49ers signed K’waun Williams to a one-year deal and his play then earned him a three-year extension. Williams was the top Nickel corner over the last few years and his presence was felt most in pass coverage. 2020 was filled with injuries for Williams, as he fought off a strained calf, sprained ACL, and ended his season with a high-ankle sprain. San Francisco knows William’s value and won’t be able to afford him – they will have to draft multiple defensive backs in the draft.

Jerick Mckinnon said himself that he wouldn’t be returning to the 49ers. Mckinnon seemed to contribute early in the first two weeks of the season. After being two years removed from football, McKinnon couldn’t separate himself from the pack. He ended the season with 572 yards from scrimmage, but couldn’t execute Kyle Shanahan’s favorite run scheme Outside zone.

Making nearly 14 million in 16 games over three years – I don’t have to explain why the 49ers aren’t bringing him back. I do think McKinnon can deliver for a scheme that matches his style of play, but it won’t be with the 49ers.

Jordan Reed should be a low-risk high reward signing, just like he was heading into the 2020 season. Reed showed his elite route-running skills all season but was hobbled by a sprained knee that sidelined him for five games.

Reed may have some interest from other teams, but I doubt they break the bank for him. Returning to San Francisco would make the offense that more dynamic George Kittle returning.

Nobody on the 49er defense has had more ups and downs than Ahkello Witherspoon. After being benched on and off in 2019 – Witherspoon found himself in the doghouse as he was “inactive” for two weeks after starting Week 2 against the New York Jets.

I say it depends on simply what the 49ers choose to do with Emmanuel Mosley and Jason Verrett. If they can only retain one, I think it’s a no-brainer to bring Witherspoon back and still draft a corner to develop. Witherspoon has been spotty in pass coverage but was fairly-strong when targeted down the stretch in 2020.

D. J. Jones is coming off career highs in sacks, tackles for loss, quarterback hits, and defensive snaps played. With Javon Kinlaw and Kevin Givens getting vital snaps throughout the 2020 season, I would expect the 49ers to let Jones test the market.

In 2019, Jones showed how he could be vital in the run game and didn’t slow down in 2020. The clip above shows you the type of impact that D.J. Jones brings, that may not show up on the stat sheet.