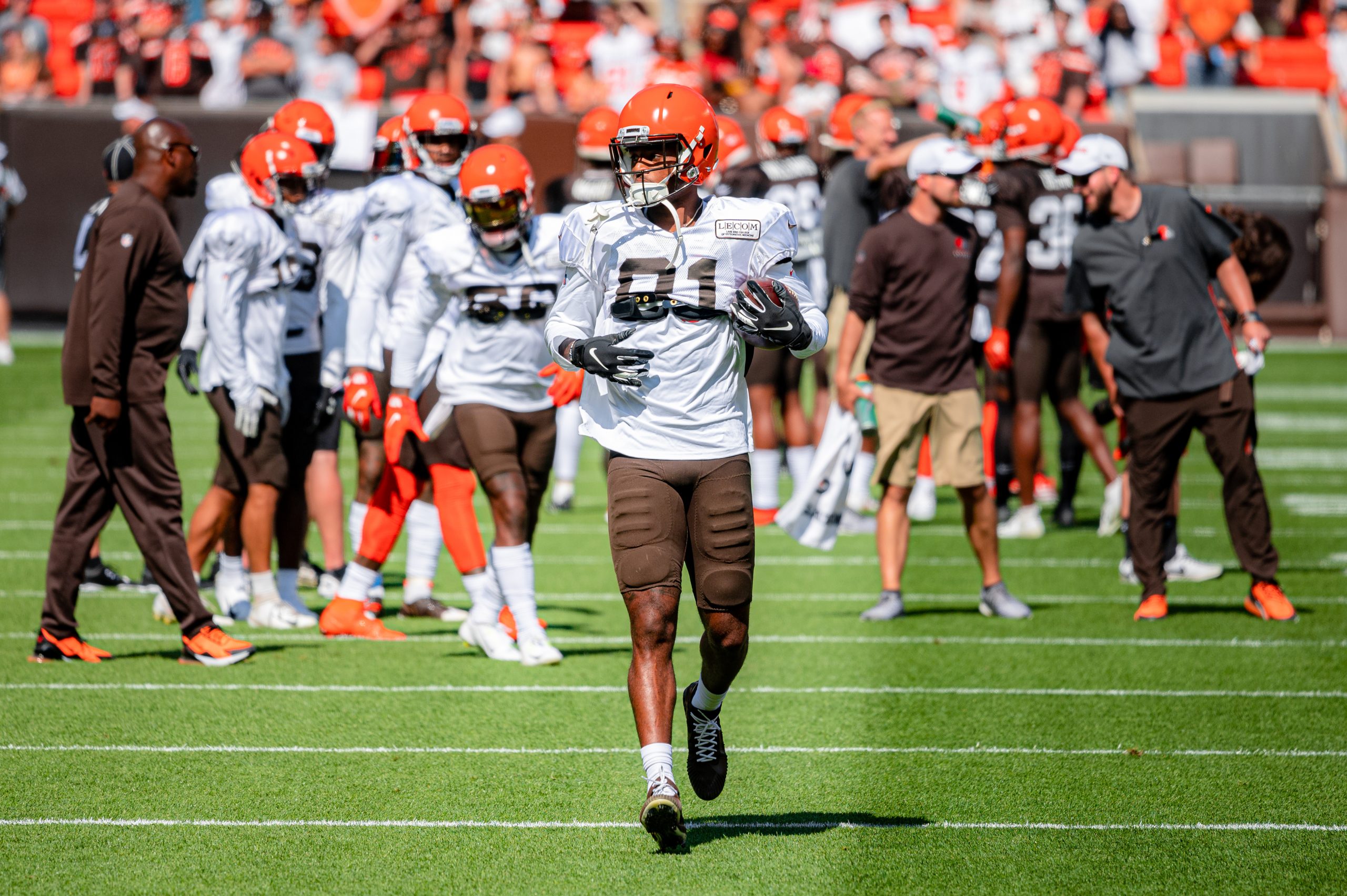 Rashard Higgins Could Be a Star in 2021

There’s no doubt this is a loaded free-agent class. A lot of big names sit at the top, but there are plenty of quality players near the middle and bottom tiers. These are guys who could be sneaky-adds in the later rounds of any fantasy draft.

Rashard Higgins really made a name for himself in 2020 after OBJ went down with a season-ending injury. Now Higgins can build on his career year in a new uniform. Depending on where he signs, he could easily find himself as a clear-cut WR2 on that team.

In his fifth season Higgins set career highs in yards, touchdowns, and yards per reception. Another nice number from the 26-year-old, he saw 52 targets in 2020 and only had one drop. He can also catch in traffic, posting a 60% contested catch rate on 10 targets and he posted an 88.1% true catch rate (receptions divided by catchable targets), which ranked 33rd in the NFL.

Higgins even found himself ranked inside the top 15 in a couple of categories. We mentioned the yards per reception – well his 16.2 yds/rec was good enough for 12th in the NFL. Higgins also regularly made Baker Mayfield look really good. Baker averaged a 119 QB rating when he targeted Higgins. That was good enough to make him 15th in the league.

As for fantasy numbers, Higgins finished 5th… 5TH… in fantasy points per target. That’s reason enough to target him in the later rounds of your draft. The dude makes his opportunities count.

The ‘Tim Patrick Breakout’ of 2020 was fun to watch. In his first two seasons in the NFL, Patrick’s career stat-line wasn’t much. Then, 2020 happened and this is what we got:

There’s reason to believe Patrick is just getting started. Patrick has great size at 6’4″, and he’s dependable. Patrick ranked 20th in the NFL with a true catch rate of 91.1%.

Patrick also found himself at the very top of the league in one category. In 2020 Patrick recorded a +37.5% target premium. That ranked him #1 in the NFL. What does that mean? It means no other pass-catcher scored more fantasy points, on average, per target when compared to their teammates.

If you’re in a dynasty league and have bench space, go get Patrick now before his stock increases. If you’re in redraft, be ready to take Patrick in the later rounds of 12-14 team leagues.

Full disclosure: I’m a big fan of Jamaal Williams. His energy is contagious, and he helped bridge a gap for my fantasy team in 2020 when he filled-in for Aaron Jones. In those two starts, Williams proved his worth by ranking RB4 with 39.6 total fantasy points in those two weeks. His stat lines:

Overall, Williams was the Pass-Catching Robin to Jones’ Batman.  Despite appearing in just 40.23% of the Packers’ plays in 2020, Williams finished with 31 receptions. That was good enough to rank above feature backs Miles Sanders, Kenyan Drake and Todd Gurley. Williams also proved his worth by posting a league best 88.6% catch rate.

The Giants relied on Wayne Gallman in 2020. New York found themselves in a dark place when they lost Saquon Barkley for the season in Week 2. After Devonte Freeman didn’t work out, Gallman was the ”˜next man up’ and he stepped up.

Gallman set career highs in carries, rushing yards, and touchdowns (6) last season. On paper his stats weren’t too impressive with only one game of 100 rush yards, but he did score a touchdown in 5 straight games (Weeks 7-12).

Dig deeper into Gallman’s numbers and you may come away more impressed. Gallman recorded the 14th best juke rate in 2020 at 26.2%. He also ranked 15th in the league with a 4.8 breakaway percentage. That number was solidified with his 7 big runs during the season, which was 18th in the NFL. Gallman’s ability to break off big runs is especially impressive given he only recorded 147 carries on the season.

Gallman also found himself in the top 10 by ranking 7th with 3.8 yards per carry against a stacked front. The 5thyear back has shown he can run between the tackles and break off the big runs. If he’s behind a strong O-line and gets the opportunity ”“ you could find him contributing to your fantasy team in 2021.

Jordan Reed had a tough 2020. Between battling injuries and expectations, Reed only appeared in 10 games for the 49ers. He was, however, able to haul-in four touchdowns.

If we really want to look at Reed’s potential we have to go back in time. Reed finished the 2015 season as TE3 in fantasy, and then finished as TE9 in 2016. He was a touchdown machine in 2016, catching 11 touchdowns in just 12 games.

Reed will, no doubt, be a reliable target for whoever his quarterback is in 2021. Last season he recorded a 57.1% contested catch rate, which ranked him 11th in the league. Keep an eye out for this touchdown-dependent 30-year-old tight end.

Before Tyrell Williams signed with the Lions we had him on this list. He was a true sleeper this offseason, and we like the signing so now he’s a bonus add.

Yes, Williams missed all of 2020 with a torn labrum. Yes, the Raiders have released him. And yes, Williams has yet to match his career year in 2016…

But hear me out! After Williams’ 1,000-yard season in 2016, he’s been consistent in the three seasons since.

If you’re going to take a gamble on a flyer, you might as well get a guy you know will put up some numbers.

My favorite stat for Williams comes in 2019, which showcases how well he’s able to use his 6’3″ frame. That season Williams recorded a 66.7% contested catch rate on 18 targets, which ranked 2nd in the NFL. Unfortunately that season he also ranked 9th in the league with a 9.4% drop rate. He’ll need to improve that latter number in 2021.

Williams is a big and physical wide receiver who is primed to have a bounce-back season. I anticipate the Lions to prioritize the run, but even if Kenny Golladay returns in 2021 Williams is a strong WR2 in Detroit. He’s worth a 14-team league pick up in the later rounds.