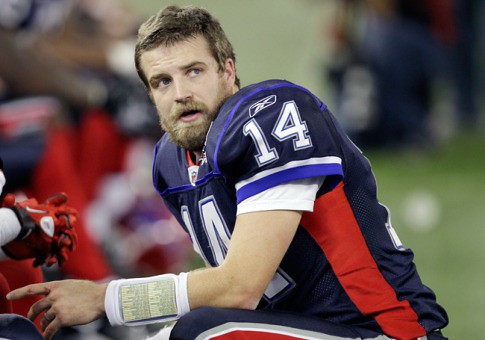 "ryan fitzpatrick" by BlueberryFiles is licensed under CC BY 2.0

The Miami Dolphins are much closer to fielding a competitive team than people might think. The Phins boast the NFL’s second-youngest roster and have four picks in the first two rounds of the 2021 draft. A few more offensive playmakers and some offensive line help is all Miami needs to build off their 10-6 record last season.

With nearly $23 million of cap space, GM Chris Grier has the money to bring in some key free agents to help supplement his up-and-coming roster. In-house, there are many interesting options as well. The team currently has ten unrestricted free agents and one restricted free agent. Whether or not those players are resigned or let go remains to be seen. In the meantime, we might as well speculate. I go down the list and make the case for which players should be resigned and which should be sent packing.

Despite being 38 years old, Ryan Fitzpatrick is still a quality NFL quarterback. As of now, the Amish Rifleman will be returning for his 17th season. With all his experience, I doubt he’d be excited to serve as a backup to Tua Tagovailoa next year. The Dolphins drafted Tua with the No. 5 pick in the 2020 draft with the hopes he can become the team’s next franchise QB. It’s time for Miami to fully commit to Tua as “the guy” and to stop blaming him for the team’s short comings. Letting Fitzpatrick walk will help repair the disconnect between Tua and the front office.

Matt Brieda was brought in last season from the San Francisco 49’ers with hopes he could develop as a big-play threat in Miami’s offense. Breida’s play turned out to be quite disappointing and was eventually demoted to a backup role. With the emergence of Miles Gaskin, Breida has made himself expendable. Instead of resigning Breida, the team would be better off bringing in a bigger, more traditional running back. A guy who can pick up the tough yards running between the tackles would be a much better compliment to Gaskin.

A player’s best ability is their availability and Kamu Guigier-Hill epitomizes that saying. Guiger-Hill played in 15 games last year, mostly on special teams and as a back-up linebacker. With Kyle Van Noy recently being released, extra linebacker depth is needed. Guiger-Hill provides exactly that and because he’s not a household name, he will be fairly cheap.

One of the few starting-caliber free agents on this list, Ted Karas offers valuable experience on a young, unproven offensive line. Now Karas is far from the best center in the league,

but he is still a serviceable player who at the very least, can mentor the young guys on the roster. Also, if Miami’s leadership REALLY wants to show Tua he’s their guy, then shoring up the O-line would be a great starting point.

This is a tough one and a decision I struggled with. Vince Beigel turned in an impressive 2019 campaign, proving he’s a legit pass rusher in this league. However, due to an Achilles injury in August, Biegel never got to see the field in 2020. As a fan I think Vince Biegel deserves another shot to prove he’s fully recovered from his injury. Still, something tells me the team views him as replaceable. Biegel’s average annual salary of $2 million seems a little steep for a backup/special teams player. I think the team let’s Biegel go and looks elsewhere for cheaper depth options.

As a young team experiencing growing pains, it’s expected that the Dolphins might be forced to punt a lot in 2021. This isn’t a knock on the team, it’s just reality. To help combat that problem I believe they bring back Matt Haack at punter. Last year, Haack’s gross average punt distance was 44.7 yards (seventh worst in the NFL).  This leaves plenty of room for improvement. I would expect the team to bring in an undrafted rookie in training camp to raise the level of competition. Either Haack elevates his game, or the team finds its new punter, still I vote to resign him.

Elandon Roberts would have been a no-brainer resign if he hadn’t suffered a brutal knee injury in week 16 against the Las Vegas Raiders. Roberts is a beast in the run game and plays with the vicious physicality you love to see from the linebacker position. The team releasing Van Noy shows its commitment to developing Andrew Van Ginkle. In an inadvertent way, I think this also speaks volumes about Roberts’ long-term fit with the squad. You don’t release your team’s third-highest tackler from last season if you don’t believe that production can be replicated. I believe the Dolphins view Roberts as piece of the puzzle in replacing Van Noy’s production moving forward.

Kavon Frazier served as the backup strong safety and special teams captain for the Fish a season ago. Frazier is mainly a special teams standout, so it’s this phase of the game I analyzed when debating on whether or not to resign him. So how was the Miami’s special team’s unit last season? It was ranked dead LAST, according to Lineups.com. Not all of that, if any, is Frazier’s fault. Still, someone needs to be held accountable and I think the Dolphins eventually move on from Frazier.

Miami sent a sixth-round 2021 pick to the Kansas City Chiefs late last season for DeAndre Washington and I think they like him in a backup role. He played in just three games for the Dolphins and I’m excited to see what he can do when fully acclimated to the offense. I just don’t see Grier giving up draft capital for a guy on an expiring contract unless Grier believed he could be retained this offseason. Washington is an experienced, inexpensive backup RB who I expect to return to South Beach.

Mack Hollins is another guy who has made his living on special teams play. From a special teams standpoint, Hollins offers some value. As receiver, however, Hollins is a liability who suffers from inconsistent play and WAY too many dropped balls for my liking. There’s nothing more useless than a pass catcher who can’t catch. Factor in the fact that April’s draft is loaded at the wideout position, it’s fair to assume he will be suiting up somewhere else next season.

Splitting time between the active roster and practice squad, Isaiah Ford has had a rocky start to his career. He does have age is on his side (25) and the coaching staff ADORES him for his work ethic. Ford is currently WR5 on the depth chart, but as a coach’s pet, I think he is brough back and offered another shot to prove he belongs in this league.

Julie’n Davenport is currently slated as the team’s swing tackle but was hardly used last season. If he’s hungry for more playing time he might be looking to sign with another team. Like the WR class, the incoming tackle class is also highly coveted which could make Davenport an unnecessary signing.

Starring nose tackle Davon Godchaux appeared in five games last year before tearing his bicep which forced him to miss the remainder of the season. Godchaux is a big-bodied bully inside and is an exceptional run defender. The injury is a slight concern, but I think it ultimately plays in the Dolphin’s favor. Godchaux’s price tag will drop because of the injury and the Dolphins might be able to retain a quality NFL starter for a fraction of the price he’s worth.

Back to my “a players best ability” spiel. Adam Pankey has dealt with a slew of injuries since entering the league in 2017 and has appeared in just eight games in four years. Last year he appeared in four for a grand total of 28 snaps. At just 27-years-old, there’s plenty of time for him to turn his career around. With all that said, he will not be on the Dolphins’ roater next season.