Most Overrated Free Agents at Each Position Group 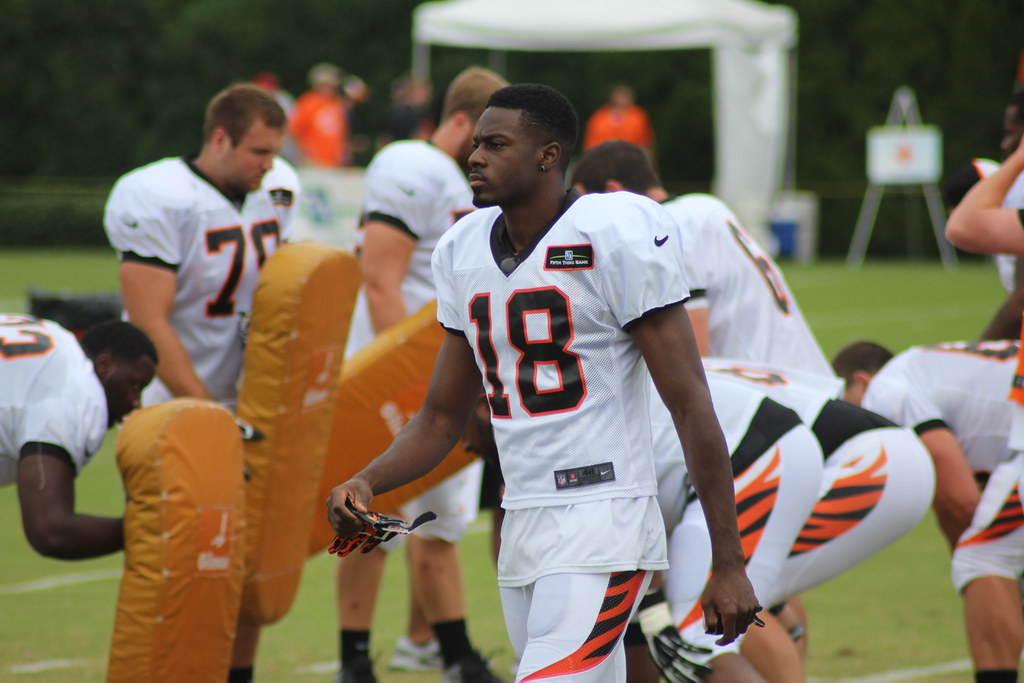 Who Are The Overrated Free Agents?

As the calendar turns and the 2020 NFL season drifts further and further away, the beginning of a new football year approaches the horizon””beginning with free agency.

Teams across the league hope to use the signing period for an array of objectives. Some want to put the finishing touches on a near-perfect roster, some want to rebuild their teams from the group up, but all the teams, all 32 of them, need to be careful with their signings.

Every season, big-name players receive big-time contracts and ultimately wind up backfiring in spectacular, multi-million dollar fashion. The 2021 season is bound to be no different.

With those warnings in mind, here is one player at each position group that teams should be careful of signing as we approach free agency.

From Trevor Lawrence to Mac Jones, the top of the rookie class of quarterbacks is loaded, and has the potential to be a historic group of young guns under center. Not much of the same can be said about this year’s free-agent group.

Which the exception of Dak Prescott, the Cowboys’ 28-year old signal-caller who’s put together five of the most historically accurate, efficient quarterback seasons in the history of the league, most of the bigger name players on the free-agent list are destined for backup roles after their performances in 2020.

It’s difficult to find an overrated player on a list of quarterbacks without much of a rating to begin with.

Of the running backs across the 2021 pool of free agents, the Cardinals’ Kenyan Drake will be coming off the biggest contract of all the available players at the position. And after finishing with 10 rushing touchdowns, he might have the scoring production to demand yet another high price tag.

But do not fall for Kenyan Drake. Even with his 10 rushing touchdowns, the 27-year old will be coming off of a season that saw him average just 4.0 yards per carry, 42nd in the league. His value as a pass-catcher was limited to just 25 receptions in 15 appearances as well.

Drake’s efficiency, on the ground and as a receiver, should be a red flag for franchises approaching free agency.

At one point in his career, the longtime Bengal AJ Green was one of the best players at his position. Stuck on a roster that failed to ever truly maximize his skillset, Green still managed to reach the Pro Bowl in each of his first seven seasons, breaking 1,000 yards in all but one of them.

Of course, that was at a point in his career. The player that AJ Green is now has failed to live up to that standard. Green has failed to hit 50 receptions or 700 yards since the 2017 season, and will be 34 years old by the time the 2021 campaign starts.

AJ Green is a big name in the league still, but at this point, that might be it for him.

The first rule of free agency, be wary of the one-time star.

This goes for Jared Cook, a veteran at the tight end position who, after a long career without an invite, managed to make consecutive Pro Bowls in the 2018 and 2019 seasons with the Raiders and the Saints respectively. But after a down season in 2020, it’s possible that Cook’s best days are behind him.

The seven receiving touchdowns might be flashy, but those came on only 37 receptions through 15 appearances. Even without the help of Michael Thomas, the Saints’ record-holding receiver through much of 2020, Cook failed to make much of an impact on the New Orleans passing game, and will be 34 years old by the time next season begins.

If the first rule of free agency is being wary of the one-time star, the second rule is to be wary of the aging veteran. Enter Alex Mack, a borderline NFL Hall of Famer, but one who might be past his prime approaching his 13th season in the NFL.

As the years have progressed, Mack’s regular accolades have begun to dwindle. A member of the Hall of Fame All-2010’s team, Mack has now missed the Pro Bowl in his last two seasons, and in 2020, the longtime center missed time due to injury for the first time since 2014, and was a member of a Falcons offensive line that allowed 41 sacks, the 11th most in the league.

Of course, not all of the pass-protection issues can be attributed to Mack, and missing Pro Bowls is nowhere near the sign of a poor player. However, he might be past the point of the Alex Mack the league used to know.

Justin Houston is a former All-Pro player, with a 22-sack season to his name back in 2014 with the Kansas City Chiefs, tied for the second-most in a year since 1984. And, despite no more All-Pro appearances, he’s still a good player. But he’s far from a 20+ sack superstar.

In 2020, his second season with the Indianapolis Colts, Houston totaled eight sacks in 16 starts. A nice number, but one more emblematic of the player Houston is beyond that All-Pro reputation. Someone who can get you some good pass-rush pressure, but a player who has reached double-digit sacks just once in six seasons.

Houston can still be a good player, but not one that teams should break the bank for.

Kyle Van Noy’s career in the NFL is one of triumph, going from a benchwarmer, to role player, to key contributors on elite defenses, a couple of which ended as Super Bowl champions.

Most recently, Van Noy played the role of a 13-game starter on the Miami Dolphins’ sixth-ranked scoring defense. He was good, maybe even great. But some things should be taken into account.

Van Noy’s three best seasons as a pro, two with the New England Patriots and one with the Dolphins, came on elite defenses, led by defensive specialist head coaches Bill Belicheck and Brian Flores. Van Noy’s recent professional performance could very well be a product of situation.

And Flores might well agree, as Van Noy was recently released from the Dolphins’ roster. Despite his production, taking a shot on a high-priced linebacker like Van Noy might be more of a gamble than teams might expect.

AJ Bouye’s best season as a pro, his only as a 16-game starter, came in 2017””a Pro Bowl season with the Jacksonville Jaguars during their flash-in-the-pan AFC Championship appearance season, led by an elite defense.

But Bouye was far from the star of that Jaguars defense. As a matter of fact, Bouye had the distinct advantage of playing opposite Jalen Ramsey, one of the best cornerbacks in the league. After that season, Bouye failed to repeat as a Pro Bowl player. And after he left Ramsey’s side, he’s struggled to uphold the reputation of a star cornerback.

Yet, Bouye still has the name recognition to demand a high-paying contract in free agency. But teams should stay wary.

Malik Hooker was a star before he even entered the league. A darling of the draft process from a big-time football program at Ohio State, Hooker was selected 15th overall by the Indianapolis Colts. And since then, Hooker, to his credit, has been a good player in the league.

That is, of course, when he’s on the field. Hooker missed all but two games in the Colts’ 2020 season with an Achilles injury. He missed all but seven games in his rookie year after an ACL injury. In between then, Hooker has been plagued by injuries here and there, and has yet to play in an entire 16-game season.

Hooker’s talent is undeniable, however, the injury history of the would-be star should, if nothing else, be taken into consideration by NFL coaches and general managers.

At this point in his career, Stephen Gostkowski has done it all. He’s a two-time All-Pro kicker, a three-time Super Bowl champion, as close to a guarantee for the Hall of Fame as you’ll find at the position who isn’t named Justin Tucker.

But Gostkowski’s best days might firmly be in the rearview mirror, as last season, for the first time in his career, the 37-year old veteran kicked below 70% on his field-goal attempts. And for just the third time in his 15-year career, his kicking percentage was below 80%.

Gostkowski is an all-time great, but those days as an elite kicker are likely behind him. Don’t go chasing the big name.