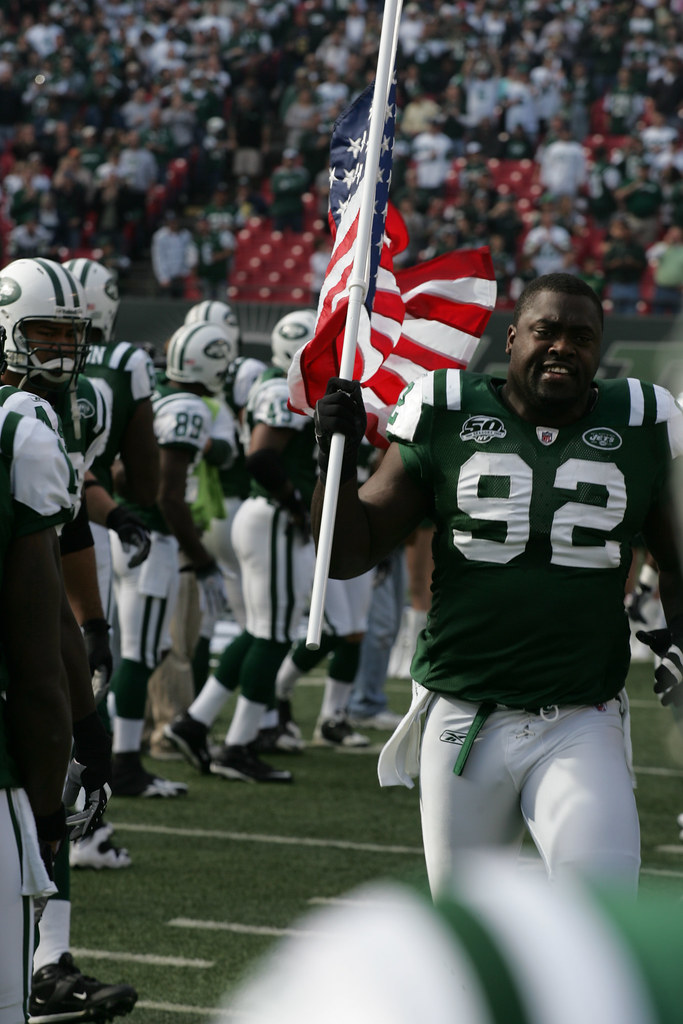 "New York Jets vs Jacksonville Jaguars Military Ceremony" by NYCMarines is licensed under CC BY 2.0

Will the Colts Target Ngakoue?

The 2020 season was a wild and turbulent ride for edge rusher Yannick Ngakoue, and not just because of the pandemic. The former 2016 third round pick out of Maryland played out his rookie contract with the Jacksonville Jaguars, but the relationship deteriorated after the Jags organization tagged Ngakoue at the start of another offseason that was widely viewed as an attempt to tank.

Hoping to test free agency in the first place, the situation became hostile when Ngakoue demanded a trade before the new season began. After a lot of feet dragging by the Jaguars, that trade request was finally granted to the Minnesota Vikings, who later flipped the pass rusher to the Baltimore Ravens before the deadline.

Ngakoue’s strength as an edge rusher is his consistency. Through five NFL seasons, he has never totaled less than 8.0 sacks, with a personal record of 12.0 in 2017. In 2020 he logged five with the Vikes and three with the Ravens, plus four forced fumbles split between the two. That performance yielded a solid 70.0 grade from Pro Football Focus.

The defensive end is more familiar with the 4-3 scheme that Jacksonville and Minnesota both utilize, but he proved that he can still flourish as a 3-4 outside linebacker with Baltimore. This versatility should help Ngakoue on the open market, as he competes with free agents like Jadeveon Clowney, Trey Hendrickson, Shaq Barrett, Melvin Ingram, Bud Dupree and more. In terms of Yannick, the question is really what franchise wouldn’t want a player of his ability, not what franchise would. With that in mind, these three landing spots are my top fits for Ngakoue.

This one makes so much sense that it probably won’t happen. The New York Jets have needed an edge rusher for what feels like decades, and yet they still have safeties and interior defensive linemen leading their team in sacks season after season. In 2020, defensive tackle Quinnen Williams led the Jets with 7.0 sacks, and next after that was journeyman edge rusher Tarell Basham with just 3.5 on the year. For a 3-4 defense dependent on blitzing, that’s downright terrible.

Now defensive guru Robert Saleh is at the helm, and it’s expected that this unit to switches over to a 4-3 in 2021. New York has very few capable defensive ends on their current roster (and they just cut one of them in Henry Anderson), so they pretty much HAVE TO target a couple edge defenders through either free agency or the draft. The Jets have the money to nab just about any free agent they want, so it will probably come down to which player Saleh and GM Joe Douglas deem worthy of the hefty price tag.

The Indianapolis Colts have done a really nice job building their roster over the years, and they always seem to have cap space to spare despite having less needs than the average NFL team. Credit GM Chris Ballard for that success, and now that the Colts have their starting quarterback Carson Wentz, they can focus on fine-tuning other weak areas.

One position that stands out is defensive end. Veteran Justin Houston is a free agent, and that gives Indy $12 million to spend on a younger replacement. Although there are plenty of free agent options at this position, Ngakoue’s speed and ferocity could really gel with Darius Leonard and this aggressive linebacking crew.

Even though the Seattle Seahawks should be spending their money elsewhere, like on an offensive line to block for their disgruntled franchise quarterback Russell Wilson, they probably won’t… And let’s be honest, Ngakoue is a perfect fit for this 4-3 defense that has earned its scary reputation. Carlos Dunlap has already been released and Benson Mayowa is an unrestricted free agent, opening the door for an Ngakoue signing.

Mike Vrabel is ALWAYS in the market for pass rush, and they just freed up $10.2 million in cap space by releasing cornerback Malcolm Butler. Last offseason the Titans brought in Vic Beasley and the aforementioned Clowney on the edge, but largely swung and missed on both free agents (their average of 1.4 sacks per game was tied for 28th in the NFL in 2020). Fast forward one year later and the void for a consistent pass rusher is larger than ever.

Tennessee must correct this weakness if they hope to compete for a Super Bowl, and not many free agent edge rushers have been as dependable as Ngakoue. So far the five-year pro has been an ironman throughout his career, playing 78 out of 80 possible games, and starting 70 of them. We already discussed his consistency getting to the quarterback as well, as he averages an impressive 9.1 sacks per campaign.

The Titans matched up against Ngakoue twice a year for four straight seasons. They know what he can do, and it’s time they added his skillset to their arsenal.