7 Round Mock Draft For Cleveland Browns 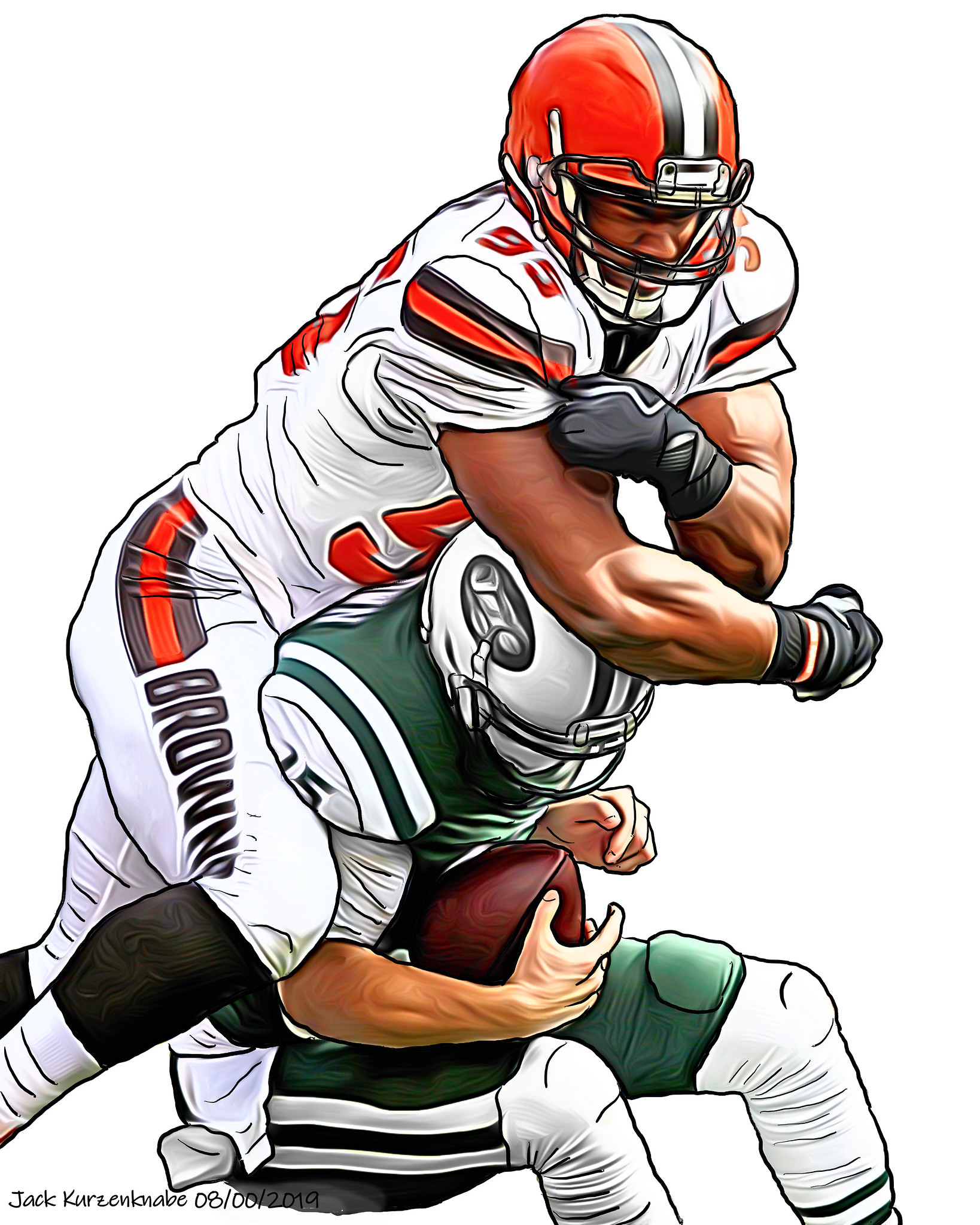 It is no secret that Cleveland will be going into the 2021 draft looking to address the numerous defensive issues. Lucky for them, there is a lot of talent on that side of the ball in this draft and they should be able to land a day one starter with the 26th pick. Who they choose will largely depend on how Free Agency goes. In addition to helping the defense, the Browns will also likely draft a wide receiver, and this draft is loaded with talent there as well. Let’s take a look at who they could take in the 2021 draft.

Cleveland has some young talent at linebacker, but they could use an upgrade. They need to add athleticism and speed to contain Lamar Jackson in the AFC North, and that’s exactly what they would get with Jeremiah Owusu-Koramoah. His ability to read plays and his anticipation are impressive for how young he is. Overall, he was one of the best linebackers in all of college football and if he is available at pick 26, they can’t pass him up.

The Browns could go numerous directions with this pick. But there’s a decent chance Terrance Marshall Jr will be available, and if he’s sitting there at 58, things could get interesting. Marshall Jr is 6’3″ and Baker Mayfield has played well with taller receivers in his pro career. One could say the offense is lacking height at receiver with OBJ and Jarvis Landry both being under 6′. Marshall Jr is explosive and is an amazing athlete, but only downside is that he isn’t the fastest guy out there. The Browns are looking to add more speed on offense, but his size and ability could outweigh that. Imagine OBJ and Marshall Jr on the outside and Jarvis Landry in the slot. That’s a lot for defenses to deal with.

Contrary to popular belief, the Browns are pretty set at safety. They have Ronnie Harrison, who played great for them in 2020, and Grant Delpit who is coming back in 2021 from a torn achilles. That being said, adding another safety for depth definitely isn’t a bad idea. Jamien Sherwood at pick 89 would be an excellent addition. He isn’t the best in coverage, but his tackling skills are very good and Joe Woods could scheme him in a three safety look where he acts almost as a linebacker.

The Browns will likely be aggressive in free agency to sign an edge rusher to wreak havoc opposite of superstar Myles Garrett, but they’ll also likely draft one to develop over the next few years. There is a good chance that Rashad Weaver will be on the board at 91 and it wouldn’t be surprising if Andrew Berry pulls the trigger on him. He was given First Team All ACC recognition and All-American Honors in 2020 as he finished the season with 14 tackles for a loss and 7.5 sacks. He has great tendencies and a high motor.

The Browns will likely part ways with Kevin Johnson and Terrance Mitchell this off-season, so that means cornerback depth will be much needed. Ambry Thomas is an interesting prospect at pick 110. Scouts believe he has limits at the NFL level, but he could play a key role on Special Teams and eventually develop into a solid role player who provides depth. He has great speed and good coverage skills, so it would be interesting to see how that translates to the NFL.

This draft for Cleveland has a theme: Depth, depth, depth. Bobby Brown III is a very interesting player at pick 132. This is a guy who could be a great player down the road. He is an absolute unit on the interior defensive line, providing fantastic run defense. He’s a player that the Browns could draft and develop over the next two seasons and use him for depth in his rookie year. His biggest downside is that he isn’t much of a pass rusher. The good thing is, Myles Garrett has that taken care of. Brown III is a guy to keep an eye on.

Look for the Browns to go after multiple secondary players in this draft. With the 170th pick, there will be some adequate cornerbacks available to continue adding depth on the defense. Robert Rochell is an elite athlete in every category and that could help him develop into a starting NFL cornerback. He needs work with his press coverage and mechanics, though.

With Nick Chubb and Kareem Hunt, the Browns are very much set at the running back position. However, adding one in the draft for the practice squad is never a bad idea. Larry Rountree III has good explosiveness, footwork, and vision for a young player. His biggest downside is the lack of speed.

Amari Gainer is another great athlete that played all over Florida State’s defense. His coverage skills, especially on tight ends, are his biggest strengths. At the pro level, it will take awhile to develop him and see if he can be a serviceable starter or not. Taking him with pick 255 is a low risk, but potential high reward in the future.