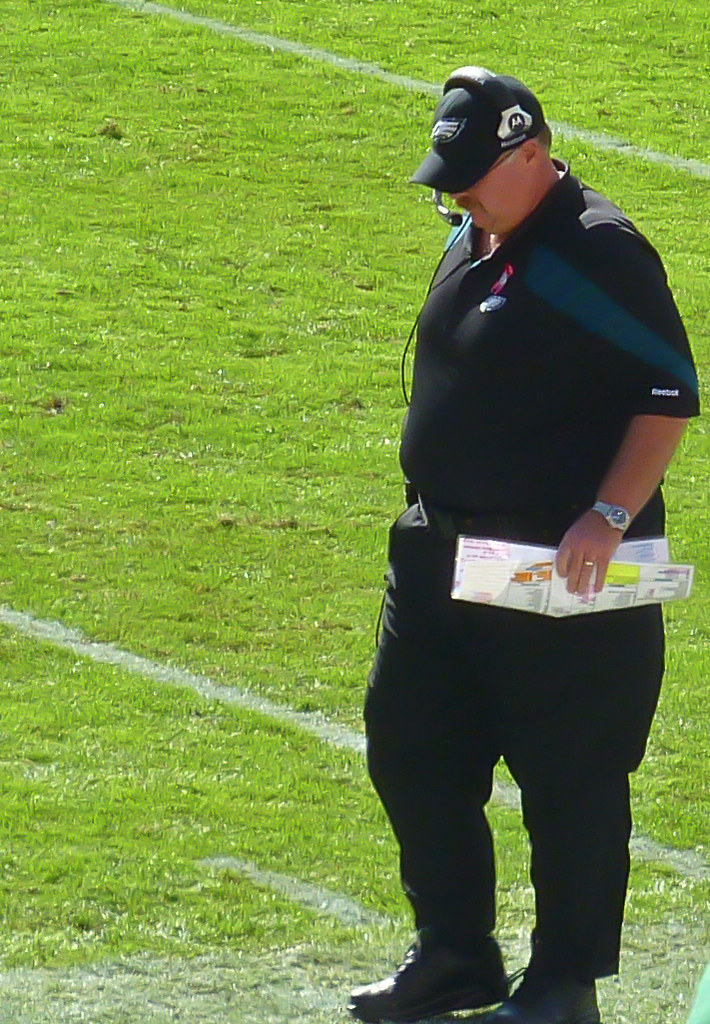 Could an NFL head coach be traded?

Before the 2021 free agency period even began, and well before the 2021 Draft, the league saw a fair share of blockbuster trades set to shake up the fortunes of a few franchises.

The Los Angeles Rams shipped away their former first-overall pick, quarterback Jared Goff, for the Lions’ Matthew Stafford. The Colts traded for Carson Wentz. Rumors still swirl about a potential trade for Texans’ quarterback Deshaun Watson. And no matter what happens next, each of these trades will be franchise changers.

But franchise changers can be found beyond the quarterback position, even beyond the football field. Perhaps even more than a good quarterback, a good head coach can change the tides of a team, in some cases, doing so overnight. For a coach like that, teams should be willing to give up a king’s ransom to bring them into the organization.

Here are a few names at the head coaching spot good enough to consider trading for.

John Harbaugh isn’t the league’s most lauded head coach. He isn’t the winningest guy in the league, and the Baltimore Ravens, while an elite team now, haven’t always been legitimate Super Bowl threats in the league.

But John Harbaugh has something that few coaches in the league have, an ability and willingness to adapt his schemes to his personnel. Letting Lamar Jackson do Lamar Jackson things in the NFL set the quarterback an MVP track in 2019, and turned the Ravens into a powerhouse franchise at the same time.

Mike Tomlin gets some heat for not being able to maximize his talent, missing the Super Bowl and failing to win the AFC despite half a decade of an All-Pro LeVeon Bell at running back, and two future Hall of Fame players in Ben Roethlisberger and Antonio Brown.

But you’ll be hard-pressed to find a model of consistency stronger than Tomlin’s coaching tenure. Not once in his 14-year head coaching career has Tomlin seen over a losing season, and in nine of those seasons, Tomlin’s Steelers have hit over double-digits. He’s a steady hand capable of turning a roster into a winning franchise.

Matt LaFleur is on pace to be an all-time great. A head coach for just two seasons, LaFleur’s Packers have already been to two NFC Championships on two 13-3 seasons.

LaFleur’s success is hard to argue. Even with one of the best to play the quarterback position manning the Green Bay offense, the 41-year old head coach’s influence is clear, leading the Packers to their first two-season stretch of 13 or more wins since 1996-97. But his experience is still limited, his teams have still stalled out in the playoffs, and he’s still working with more talent than most rosters have to offer.

Give him a few more years though, and LaFleur could be one of the biggest names in the league, coach or player.

Belichick’s legacy is not up for debate, it simply cannot be. A head coach with 26 seasons of experience,  who has won as many Super Bowls as he has losing seasons, who has reached double-digit wins in 19 seasons, cannot be touched.

Forget any arguments of Tom Brady carrying Belichick’s teams. Brady might be the greatest of all time for what he does, but for everything that he’s accomplished for over a quarter-century worth of coaching, Belichick has earned that title as well.

The Patriots, led by Belichick, have been an untouchable dynasty for two decades””in a league built for parity among the NFL’s 32 franchises. He means more than any coach ever has, and maybe more than most players mean as well.

The Miami Dolphins were not supposed to be a good team in 2020. With a rookie quarterback plagued by injury-concerns, a supporting cast with just one pass-catcher over 600 yards the year before, an offensive line that allowed the most sacks in 2019, and the 32nd ranked scoring defense, at best, the Dolphins were a year away from being a year away.

And yet, the Miami Dolphins didn’t just beat their minimal expectations, they shattered them. That dead-last scoring defense jumped to the sixth-best group in the league in 2020. An offensive line that allowed 58 sacks the year before gave up just 34 the following year. And the team as a whole took a massive step forward, reaching the 10-6 mark for the first time since 2016.

Call it the Brian Flores effect, who, despite just two years on the job, has been overachieving from the moment he arrived.

That 2019 Dolphins team, even with their growing pains, thrived relative to what people were expecting from them. A franchise that traded young stars for draft picks and cut older contributors made themselves the poster-children for NFL tank jobs, except, they didn’t do a great job at it. A roster as starved for talent as Miami’s was could have easily finished 0-16. Instead, they won five games.

Once again, the Brian Flores effect.

Sean McVay has become the prototype for what NFL coaches are supposed to be. Young, open-minded, and above all else, offense-oriented. He’s the kind of coach that franchises are lining up and tripping over themselves to hire.

And why wouldn’t he be? The four-year head coach has morphed the Los Angeles Rams franchise from the pinnacle of mediocrity into a powerhouse overnight, finishing with winning seasons in each of his four years, and winning the NFC in 2018.

But it’s been more than establishing a winning culture for McVay. The 35-year old’s offenses are already stuff of legend, finishing top two in scoring in his first two seasons, and never ranking lower than 11th in yards per game. McVay’s offenses have been so successful and so user-friendly that just two seasons ago, now-Lions quarterback Jared Goff was being talked about as a legitimate MVP candidate— two years removed from him posting a dreadful rookie campaign before McVay’s hire.

There’s a reason McVay already has a wide-branching coaching tree. Teams want to find the next young, open-minded, offense-oriented coach to lead a franchise. But nobody does it quite like McVay.

Although, McVay isn’t the only young, open-minded, offense-oriented head coach with a coaching tree after just a few short seasons in the league. In fact, the early careers of Kyle Shanahan and McVay have followed eerily-similar paths up to this point.

Shanahan inherited a 2-14 49ers team four seasons ago, and has since turned them into a force in the NFL when fully healthy, doing so with, similar to McVay, quarterback play that has looked above average at best, and detrimental at worst.

Despite just one winning campaign through four seasons as a head coach, the impact Shanahan has had on the 49ers is unquestionable. It’s been his offensive system that led Jimmy Garoppolo to a 69% completion percentage, 27 touchdown, NFC championship season in 2019. That system’s effects are seen across the roster as well, giving Garopollo’s backup Nick Mullens the second-most passing yards through 16 starts in NFL history.

Shanahan has managed that level of efficiency from his quarterbacks, all without the help of household names at the skill positions, relying on running backs Raheem Mostert and Jeff Wilson to lead the team in rushing, with Kendrick Bourne and the rookie Brandon Aiyuk leading the team in receiving. The head coach has shown an ability to elevate the talent around him, and has been the most important piece in the 49ers’ resurgence to relevancy.

The Super Bowl-winning, cheeseburger-eating, 22-year aged-veteran of the head coaching game rounds out the list. Despite being on the older side relative to McVay and Shanahan, Andy Reid has shown time and time again that he still has his fastball.

Reid’s ability to assemble a winning team year after year rivals Belichick’s, as the last time the Chiefs’ head coach finished with fewer than 10 wins was back in 2014, just his second season in Kansas City.

Reid now has Patrick Mahomes at quarterback to make the job easier, but the coach has been winning games and dominating the league since long before Mahomes’ arrival to the spotlight. He got the best out of former Chiefs quarterback Alex Smith, whose only three Pro Bowls came while coached by Reid. He’s maximized the talent around the offense as well, finishing no lower than sixth in either points or yards per game since 2017.

Now that he has a Super Bowl ring to his name, and presumably more to come, Reid’s legacy as a Hall of Fame coach has been cemented. But he’s far from washed up, and proves time and time again to be one of the most valuable pieces of the Kansas City Chiefs operation.