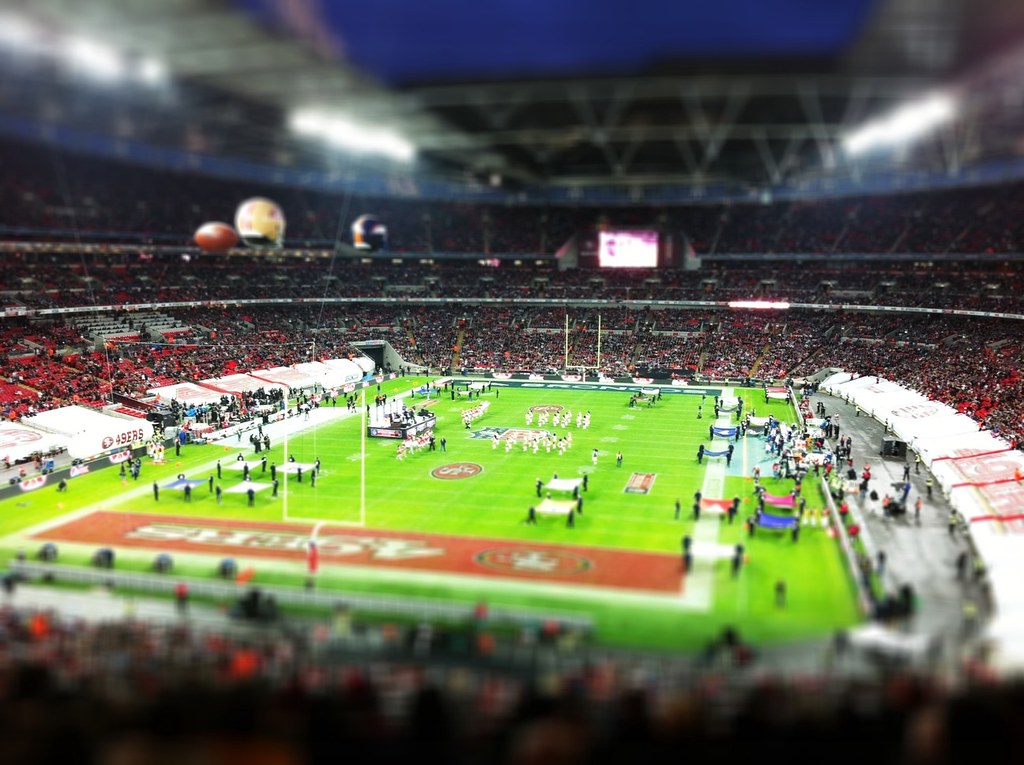 "2010 NFL International Series Game at Wembley" by vtravelled.com is licensed under CC BY 2.0

Can all the teams get their cap space down in time?

With free agency about to get under way this week it means the start of the season is here. One area that everyone is struggling with this year is to get their cap space down to the right amount. Some teams are sitting pretty with plenty of available money and some are struggling and having to make cuts. We look at how the teams are coping with getting their budgets down and why they need to make some moves quick?

Why are teams struggling to meet the leagues budget?

With the cap space budget decreasing this year it has left many teams scrambling around. The league has set the budget of $182.5m for this upcoming season. The previous year the budget was $198.5m. The reason behind this reduction is due to the Covid pandemic and the drop in money coming into the league. This is understandable given the lack of crowds and money coming in but it has caused a financial headache for many teams.

Another issue is that the decisions you make now can affect the finances of your team for multiple years to come. In the last seven years the salary cap has gone up around $10m each year. So not only has the cap reduced by $16m because of the pandemic but most teams would of expected an increase of around $10m. Decisions that were made back in 2018 before anyone knew about the pandemic will have an affect now.

For example the Cleveland Browns signed Jarvis Landry to a five year deal back in 2018 for $75.5m. When Landry signed his contract stipulated he would get certain amounts of money through different ways. He got $47m in guarantees and the rest as a mixture of different bonuses during his five year contract. However, each year a certain amount of that contract would go against the teams cap space. In 2018 it would be $15.5m and then in 2019 it was $14.05m. This year its going to be $14.75m and the team is going to have to pay it unless they can renegotiate with the player.

This type of contract is why many teams are struggling with the sudden drop in cap space. Back in 2018 most teams would of been used to having the regular yearly increases so would be happy to splash the cash. However, with the sudden problems the pandemic has caused you are seeing teams have to cut or renegotiate with players when they might not really want to.

How are teams figuring out the problem?

One common way of bringing the cap down and meeting the budget is to renegotiate a players contract. There are many ways you can do this by changing a players contract. A common way to reduce the cap is to use cash in the present and spread out the cap hit over multiple years. A way to do this is to give the player a new contract and move the money into a signing bonus. This wont count against the cap and the player still gets the same amount of money that was originally owed to him as long as its fully guaranteed.

Another way that the team can move money is by changing the players contract and putting in ‘voidable years’. This seems to be a very popular choice at the moment. The main benefit of putting in voidable years is that you don’t have to pay the bill now. However, you will have to pay the bill eventually and for most of these teams it will be in the next two or three years.

For example if you look at Tom Brady’s new contract that he signed with the Tampa Bay Bucs then you can see how the money moves down the road. The deal he had before was for two years and $50m now he has another year and will play in 2021 and 2022. The amount of money he will receive is going to be $50m again but he wont get it all over the two years. He will cost the Bucs $9m in 2021 and $16m in 2022 which is a lot less than the potential $50m. However, in 2023 the Bucs will lose $24m in cap space and there is a chance that Brady will of retired.

Why are teams willing to kick the can down the road?

So there are a few reasons that teams are willing to go down this route in the hope it will be all work out. The main reason is that hopefully the Covid pandemic will only last for so long and the money will come back. Once the vaccine programs have finished and everyone has protection there is no reason why you cant have a full stadium again. In the last seven years the cap has gone up around $10m every year and so the cap will increase in the future. Although some teams will have bigger problems it will help to pay the bills.

Another reason that the teams are willing to gamble their future is the incoming TV deals. Although fans haven’t been able to attend the games it has worked well for TV and all the games were played. Another positive is that by having games moved around, due to Covid, it has shown that people are willing to watch the NFL on multiple nights of the week. Also, with the arrival of Amazon and Nickelodeon showing games the extra competition will increase the amount of money coming into the league.

On top of that the new gambling laws in America will be another reason that money will come in. The NFL are likely to show games on a Tuesday or Wednesday night as it will increase betting revenue on individual games. The American gaming association estimated that $150bn was wagered illegally each year before the rules changed in 2018. Currently not every state allows gambling but more have recently and you can see it becoming even more soon. With more people gambling and the NFL willing to move games more money will come through to the NFL and therefore each team.

It is understandable why teams are willing to kick the can down the road but it is still a gamble. There are still many unknowns with what is going on in the world at the moment. We want full stadiums in time for this upcoming season but its not a cast iron guarantee currently. The NFL have not said they will have games on four or five nights of the week which would be great for the gambling industry. Also, we don’t know the exact figures for the latest TV deal. However, you have to feel that most of these are the next logical steps and that is what the teams are gambling on.