The Best Five Draft Targets for the New York Giants 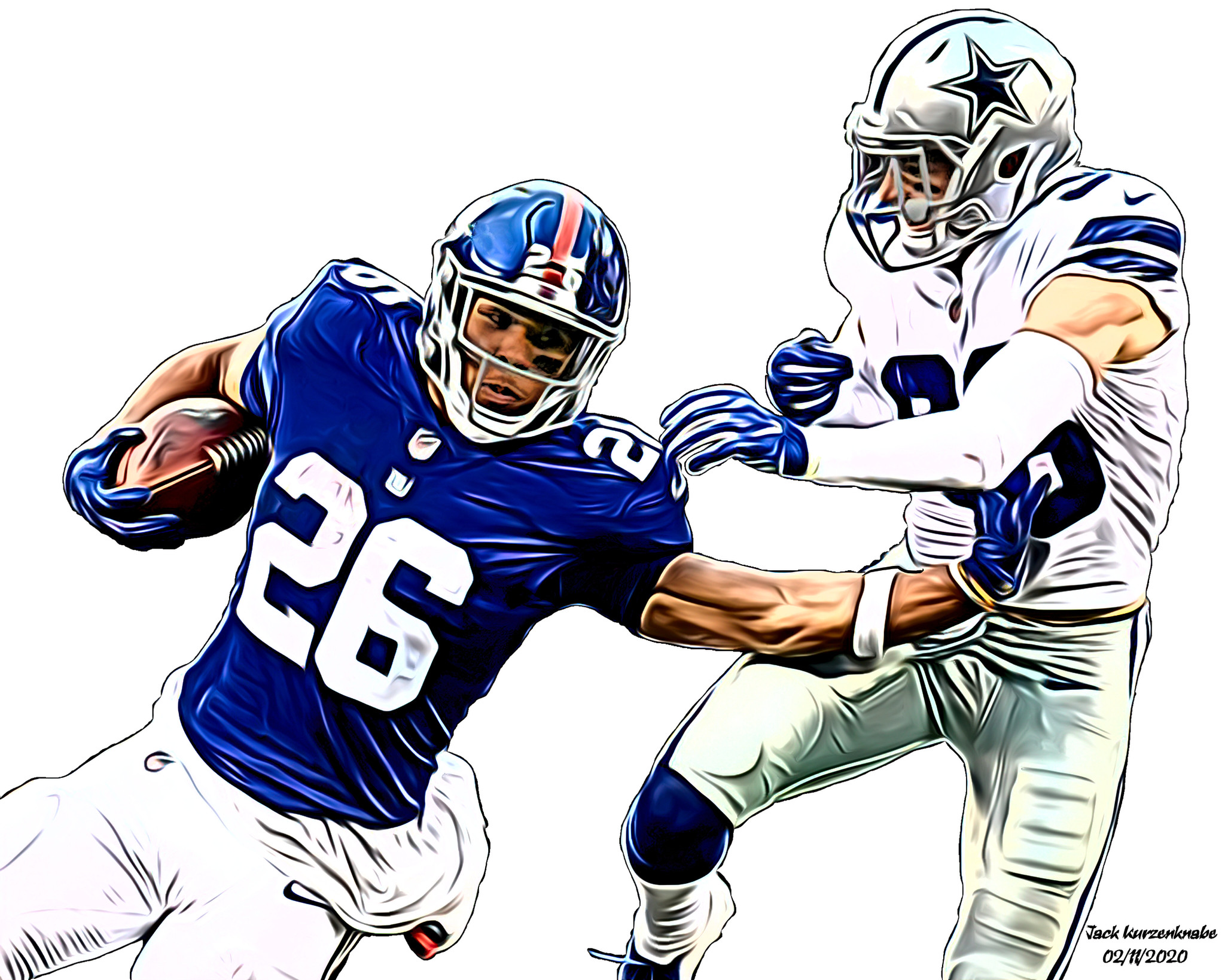 Who should the New York Giants draft with the 11th pick?

The New York Giants have the 11th pick in the 2021 NFL Draft. There are so many options for them; it is somewhat hard to narrow it down to just five players. The key for the Giants will be to draft the best player on their board as they should get a very good player.

The Giants need for as many quarterbacks as possible to go in the top 10 picks. With Jacksonville, the Jets, Atlanta, Carolina and Denver as teams that could go for quarterback, plus teams like San Francisco (#12) and New England (#15) as teams that could trade into the top 10, there are plenty of opportunities for the Giants to get some blue-chip prospects fall into their laps.

With some of their additions in free agency, like cornerback Adoree Jackson, wide receivers Kenny Golladay and John Ross or linebackers Ifeadi Odenigbo and Reggie Ragland, most people would assume that players at these positions wouldn’t get drafted. While of course it is possible it doesn’t automatically preclude them from doing so.

Additionally, there is an inevitability that players get injured. Last season the Giants had to play without superstar running back Saquon Barkley, if one of their wide receivers or linebackers were to get hurt, having a superstar rookie to step in would be very beneficial.

Of course, we cannot discuss the Giants without bringing up their young quarterback Daniel Jones. Jones is entering his ever important third season in the NFL and giving him as many weapons as possible as well as giving him a good defense will go a long way in helping his growth.

The more quarterbacks go in the top 10, the better of a chance that Kyle Pitts can fall to the Giants at #11. Pitts lined up all over the field for Florida in 2020 and was the top target for quarterback Kyle Trask. He also made every catch count as he averaged 14.9 yards per reception and only had four catches that were not for a touchdown or a first down.

The Giants already have tight ends Evan Engram and newly signed Kyle Rudolph, however, Pitts has a different skill set and has the potential to be a top five tight end in the NFL. If the opportunity to draft Pitts arrives, the Giants should pounce on him.

In some ways, if the Giants draft Jaylen Waddle it would be a luxury pick instead of picking a player of need. However, when you have the opportunity to draft a player of Waddle’s ability, you do not let it pass.

In terms of what Waddle brings to the NFL, NFL Network’s Daniel Jeremiah said, “Overall, Waddle isn’t quite as strong as Tyreek Hill, but he’s capable of having the same impact in the NFL.” When I hear that, I do not care that the Giants just signed Kenny Golladay and John Ross to go along with Sterling Shepard and Darius Slayton, I would draft Waddle.

While not a reason to draft him with the 11th pick in the draft, but Waddle would also help in the return game. In his career at Alabama, he had 38 punt returns for 733 yards and two touchdowns and nine kickoff returns for 214 yards and one touchdown. Adding a dynamic return man can help put the Giants offense in advantageous positions.

Caleb Farley has the opportunity to be a number one cornerback in the NFL which explains why he opted out of the 2020 season. He has good size, speed and athleticism which are coveted by many across the NFL.

The Giants just signed cornerback Adoree Jackson adding him to a defensive backfield that includes cornerbacks James Bradberry and Julian Love as well as safeties Logan Ryan, Jabrill Peppers and Xavier McKinney. Much like with the possibility of drafting Waddle, drafting Farley after signing Jackson is less likely but not impossible.

Farley is an aggressive corner who is excellent in coverage and is willing to come up and tackle in the run game. In 2019 he gave up a passer rating of 26.8 to opposing quarterbacks and never allowed a touchdown of 25 yards or more.

One thing that could affect Farley’s draft status is the recent news that he needs to have a procedure on his back. According to Drew Rosenhuas, his agent, Farley should be cleared to be a full participant for the start of training camp.

With all the moves the Giants have made in free agency, the one position that still has some glaring holes is the offensive line. Last year, with the fourth pick, the Giants drafted tackle Andrew Thomas and there’s a good chance they can dip into the offensive line again this year.

Rashawn Slater is a bit undersized and while he is listed as a tackle, he could be moved inside to guard. Either as a tackle or guard, Slater would be an upgrade on the line for the Giants.

In 2019, Slater played left tackle for Northwestern and did not give up a sack. He opted out of the 2020 season and is in a prime position to be drafted high. Slater has many strengths; including but not limited to:

In terms of his weaknesses, they all stem from the fact that he is undersized and there is little he can do about that.

Gregory Rousseau is another player who opted out of the 2020 season. In 2019 he had a breakout season with 15.5 sacks and 19.5 tackles for loss. While he only put up these huge numbers in one season he has the athleticism and instincts to do this year after year.

When the Giants won their two Super Bowls in the 2000’s they were spearheaded by a pass rush that was difficult to deal with. If the Giants add Rousseau to Dexter Lawrence, Leonard Williams and B.J. Hill, many fans will have memories of Michael Strahan and Osi Umenyiora from Super Bowl XLII as well as Justin Tuck and Jason Pierre-Paul from Super Bowl XLVI.

Additionally, because Rousseau is still raw, having players like Lawrence and Williams ahead of him can give him time to develop while also giving him some playing time and letting loose on opposing quarterbacks. Finally, he has the versatility to play in either a 3 ”“ 4 or 4 ”“ 3 defense.