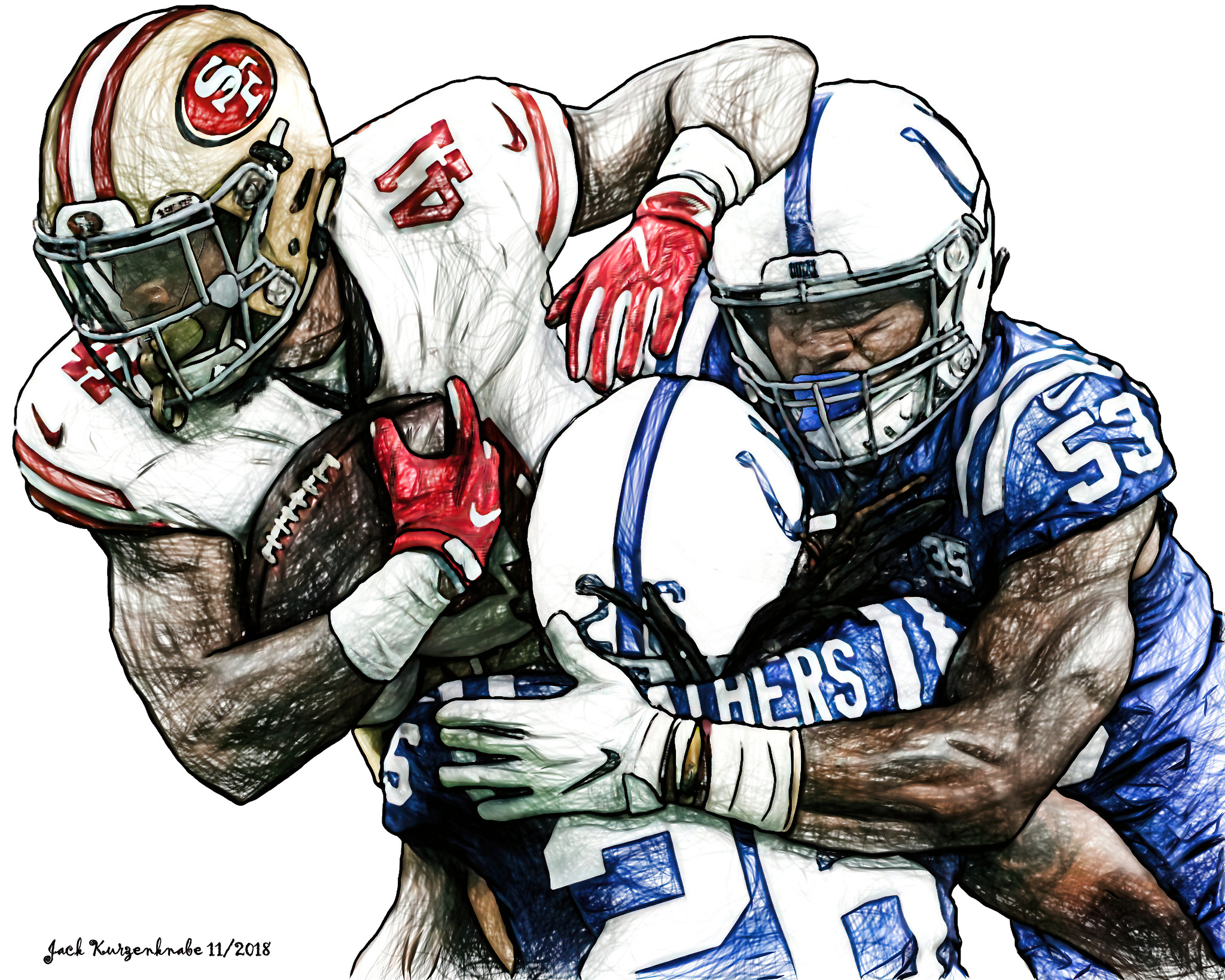 Is Jimmy Garoppolo the long-term answer at quarterback?

The San Francisco 49ers franchise has not had the best year and change since losing the Super Bowl in February of 2020. The injury bug came back during the 2020 season after its momentary respite (the Niners had been hit hard by injuries the previous two seasons before their NFC Championship run). Then, after going from first to worst in the NFC West with a 6-10 record, the capper was losing defensive coordinator Robert Saleh and a large chunk of their staff to the New York Jets. Passing game coordinator Mike LaFleur and offensive line coach John Benton were amongst the notable coaching losses.

NFL free agency has come with mixed results as well. Here are some of the more important ins and outs for the Niners this March:

After their most recent moves, San Francisco should have a little less than $18 million in cap space, and a total of nine draft picks to work with in filling what holes they have left. The biggest questions marks are undoubtedly still at quarterback, wide receiver, cornerback and guard.

As you can see, general manager John Lynch and head coach Kyle Shanahan have much more room to operate in the 2021 NFL Draft than they did a year ago. Here are a few players that the 49ers may target in the first couple rounds.

The fourth ranked offensive guard on WalterFootball, Wyatt Davis, excelled as a run blocker in college. The 6’4″ Buckeye helped pave the way for Trey Sermon and Master Teague III last season, but was less reliable in pass protection. This fits the Niners M.O. though. Shanahan loves to pound the ball on the ground, and assuming San Francisco keeps all their picks, they may be able to grab Davis with that third round selection.

If another team nabs Davis, a secondary option might be Notre Dame guard, Aaron Banks, another interior lineman that loves to creates gaps for his running backs.

The Niners definitely need a cornerback to replace Richard Sherman. Rather than signing one, they should get younger at the position and build through the draft. That second rounder could definitely nab a quality corner like Greg Newsome II out of Northwestern. Newsome is 6’1″ 190 pounds, and he’s known for his intelligence and toughness as a shut-down corner in college. He had some injury issues during his time at Northwestern, but his 2020 stats were really impressive. Off 34 coverage targets, Newsome only allowed 12 catches and 93 yards through the air. Here’s the Wildcat in action.

San Francisco could also use another offensive weapon, especially if they stick with Jimmy Garroppolo at quarterback. Early mock drafts had wide receivers DeVonta Smith and Ja’Marr Chase going in the top five, but that ludricrous notion has since gone with the wind. Wide receivers rarely get drafted that high, even ones that are as skilled as Smith and Chase, and the fact is even franchises that want them may have the option to trade down and draft them anyway. One team that may be in the market for a wide-out is the Miami Dolphins, who currently sit third in the draft. The Philadelphia Eagles and Detroit Lions may also be in the mix at this position (number six and seven in the order), but both teams have other needs as well.

The 2020 Heisman Trophy winner has dropped below Chase in positional ranks due to his size (and some analysts also have Jaylen Waddle ahead of Smith). That means he could fall to 12 overall, which would make the perfect fit alongside Brandon Aiyuk and Deebo Samuel in this young wide receiver core. Smith is thought to be the best pure route runner in the draft, with incredible hands and effortless talent. That sounds like a Shanahan scheme fit that could drive opposing teams mad (considering they already have to guard excellent route runners like Aiyuk and Samuel).

The 49ers could also go all in on a quarterback in the first round. Some analysts have Trey Lance getting selected as high as number four overall now, as the typical quarterback hype gains more and more steam heading towards draft night. The North Dakota State QB has been compared to Josh Allen due to his physical attributes, but his lack of experience against top talent may be a concern for some NFL teams. San Francisco has also been tied to Justin Fields in mocks, but at number 12 it seems even less likely they get their hands on the Ohio State star.

Whether it’s Lance or Fields, the Niners would probably have to trade up to get their guy if they choose this route, costing themselves future draft capital. This doesn’t appear to be an issue for Lynch though. The GM has been very active in the Deshaun Watson sweepstakes this offseason, and Deshaun would cost just as much (or more) as it would take to move up in the first round.

So is Garoppolo the long-term answer in San Francisco? The 49ers brass definitely don’t seem to think so, begging the question, who does?