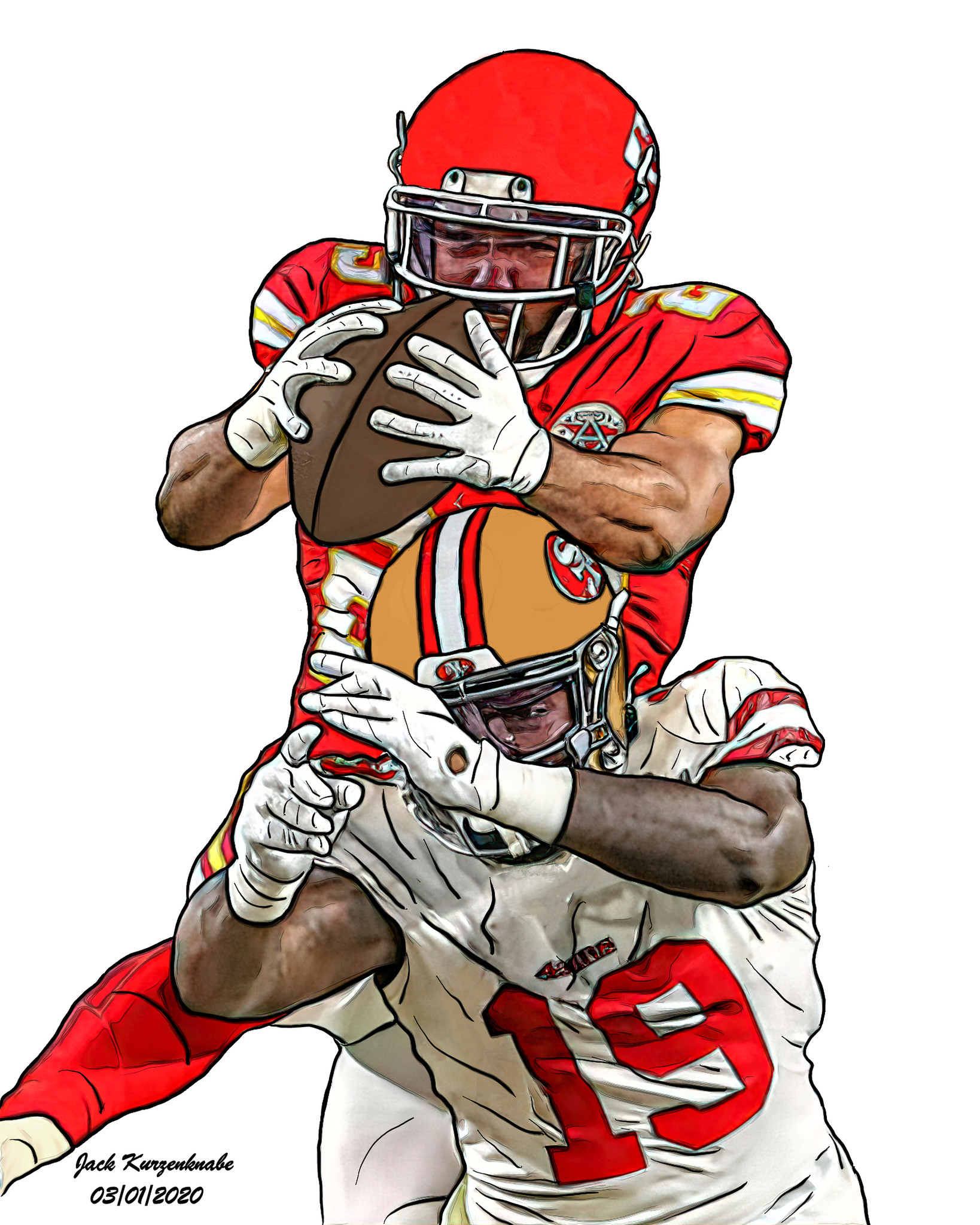 Who should the Chiefs target in the draft?

When you watch the Kansas City Chiefs play, you can clearly tell that they are one of, if not, the most talented team in the entire NFL. An overpowered offense led by arguably the best player in the NFL, Patrick Mahomes, and a ferocious defensive line led by Pro Bowler, Chris Jones.

However, no roster will ever be perfectly constructed; and thanks to the salary cap and sheer size of an NFL roster, there is always room for teams to make improvements.

After signing Mahomes to a record-setting 10 year, $450 million contract in 2020 and giving out extensions to Travis Kelce and Jones, the team won’t have a lot of financial flexibility to work with this offseason. Therefore, with the 2021 NFL offseason fully underway, and with the draft slowly creeping up, it’s time to set our sights on some major additions Kansas City could add through the draft.

In the 2021 NFL Draft, the Chiefs hold the following picks:

This is an incredibly deep and talented draft class. If General Manager Brett Veach makes the right moves, this Chiefs team will continue to be Super Bowl contenders for years to come.

For this article, I’m going to focus on Kansas City’s first three picks of the draft. Let’s dive in!

The Chiefs have been extremely active in the 2021 offseason thus far, signing Pro Bowl linemen Joe Thuney and Kyle Long to protect star quarterback Patrick Mahomes. Nevertheless, I see no reason not to add extra protection to a constant revolving door of linemen in Kansas City.

Listed at 6-6 and 310 pounds, Leatherwood is a mountain of a human being, with experience playing both the guard and tackle position. He’s been the starting left tackle for Alabama since the 2019 season and was named as a unanimous All-American in 2020.

While still a well-rounded player, Leatherwood’s strength lies in pass protection. In 2018, he didn’t give up a single sack, which is beneficial to the Chiefs because when Mahomes has time to operate in the pocket, good things are sure to follow. His sheer strength also stands out; especially when he gets to the second level, he can lay pancakes with ease.

Protecting Mahomes is and will continue to be Kansas City’s top priority in the future. Having players with the versatility to play tackle and guard is a huge plus, and standing behind a man the size of Leatherwood should add some level of comfort to Mahomes game.

Despite having one of the most explosive offenses in all of football, the Chiefs have had an everlasting need for pass catchers since drafting Mecole Hardman over DK Metcalf (sorry Chiefs fans, I couldn’t resist) back in 2019. With Sammy Watkins and Demarcus Robinson looking to be out the door in 2021, they’ll need to reload through the draft. For me, Oklahoma State wide receiver Tylan Wallace is an exciting selection for Kansas City.

Wallace’s upside is tremendous, and his skillset could work perfectly in Kansas City. The dynamic receiver broke out in 2018, recording 86 receptions for nearly 1,500 yards and 12 touchdowns as a true sophomore. At 6-foot and 185 pounds, Wallace has shown the ability to stretch the field vertically, although he may not have blazing speed. He does an incredible job tracking the football in the air and seems to win just about every 50-50 ball thrown his way.

I believe Wallace has the ability to enter the 2021 NFL season as the Chiefs’ wide receiver two and third option behind Kelce and Tyreek Hill. He should slot right into Watkins’ old role and outperform the busted lottery pick almost instantly. Wallace would be a very good draft pick for Kansas City if he is still available in the second round.

I know it may sound crazy to draft a tight end with their third round pick, given that the best tight end in the league (Kelce) is already on the roster. However, Kelce is 31 and won’t be partnered with Mahomes forever. If the Chiefs were to draft Kelce’s usurper, it should be Miami tight end Brevin Jordan.

Jordan has been overshadowed throughout the draft process; solely because of tight end/unicorn Kyle Pitts. However, Jordan is no player to overshadow; the dude can absolutely ball.

Miami used Jordan in a variety of roles in his three seasons with the Hurricanes, and he was effective in all of them. Jordan is a very good athlete with quick feet who can win both as a blocker or as a pass catcher, making his game suitable for the modern NFL. He also is very crafty in the center of the field, something that Kelce has perfected in his game with Mahomes.

It may seem useless right now to use a third round pick on a tight end, but Jordan is a versatile athlete who can play a multitude of roles. I know that Offensive Coordinator Eric Bienamy can draw up plays to utilize Jordan’s skill set, and learning from the best tight end in the game could be beneficial to Jordan’s outlook in this league.