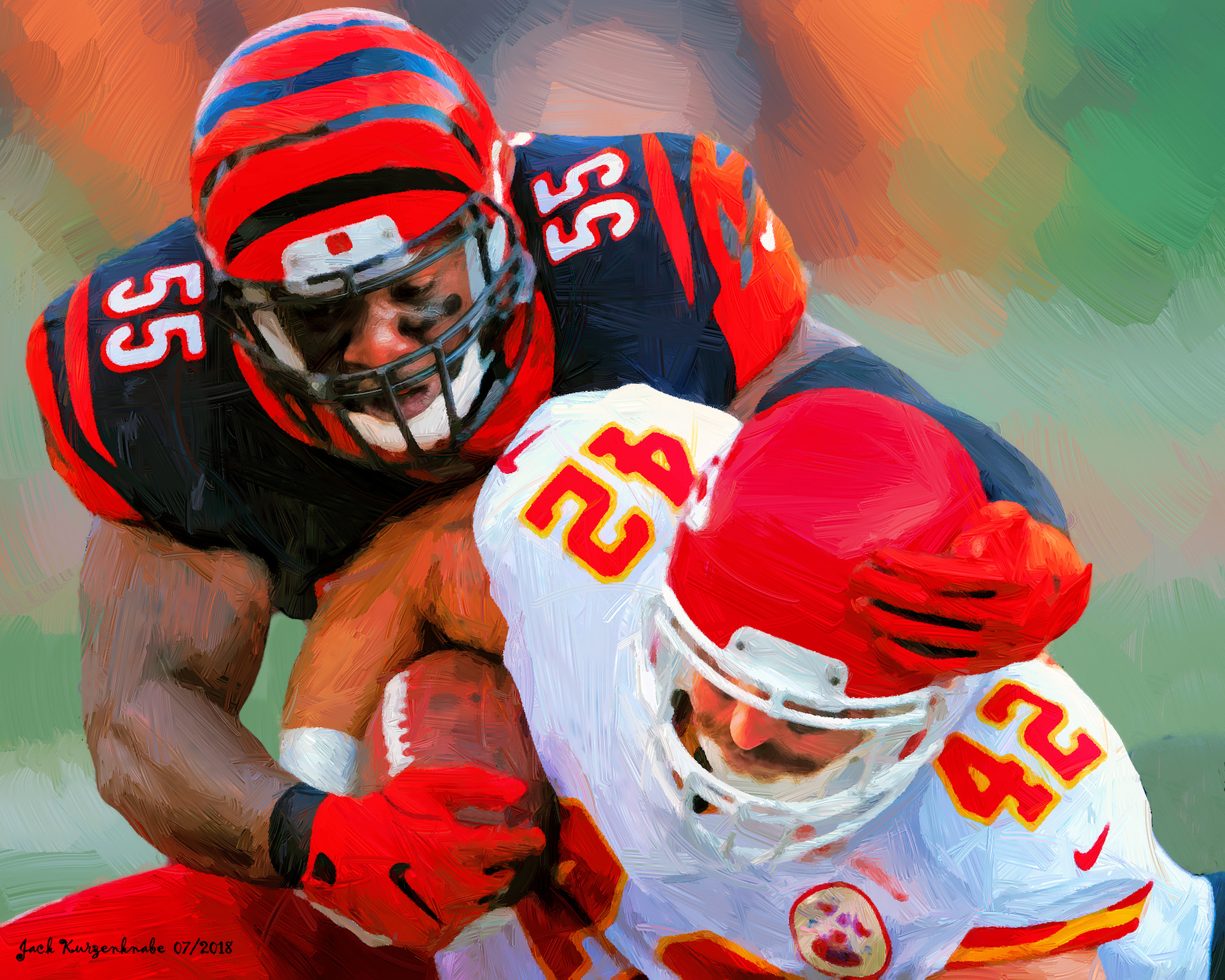 Kansas City Chiefs fell short in Super Bowl LV but still boast an extremely talented roster. With their championship DNA mostly intact, the Chiefs have been tasked with improving an offensive line that was embarrassed last season on football’s biggest stage.

The Kansas City front office kicked off the offseason with a surprising move, cutting tackles Eric Fisher and Mitchell Schwartz. Both Fisher and Shwartz began 2020 as starters but missed the Super Bowl with injuries. The move cleared up some much-needed cap space and the extra loot was reportedly used to attract Trent Williams to Kansas City.

Williams was close to signing with KC before ultimately agreeing to terms with the San Francisco 49ers. With a pocket full of cash and a shoddy offensive line, the Chiefs had some more moves to make. The team brough back Mike Remmers on a one-year deal. Though he is not elite by any means, it’s a signing that offers some value and provides the Chiefs with a serviceable starter at right tackle. Former All-Pro guard Kyle Long also signed a one-year contract with the team. Long retired after the 2019 season and, now in need of a paycheck, will look to secure one of the starting guard spots.

After missing out on the Williams sweepstakes, the team made sure they landed their next target and inked guard Joe Thuney to five-year, $80 million contract. Some think the Chiefs overpaid but I think “Iron Joe” is worth the hefty price. Thuney has started in all 80 games of his career since entering the league in 2016 and that reliability is extremely hard to come by. For a team like the Chiefs, who have battled injuries along the offensive line for so long, Thuney is a site for sore eyes.

With free agency in full swing and the draft quickly approaching, there is not much do now but sit back and speculate what moves the team will make. Here are three rumors I expect the Chiefs to make a reality before the start of the 2021 season.

The offseason moves already made help but don’t fully remedy the problem. Mahomes is a freak at the quarterback position but despite his exceptional talent, he can only do so much with pass-rushers bearing down on him. The Chiefs still need a starting left tackle and players like Alejandro Villanueva and Russell Okung remain on the market. If the team decides to pay an aging veteran tackle, why not pay one who is familiar with the system?

The NFL is a business and Fisher being cut was simply a business transaction. Fans want to make it seem like the Chiefs’ front office hates Fisher or that Fisher himself is bitter about being cut. II think both sides understood this was a move that needed to be made. He was always going to command a steep price tag as an eight-year veteran and a two-time Pro Bowler. Given Fischer’s Achilles injury and the fact that his return to the field is uncertain, it now questions whether or not he’s worth the money.

Looking back at the team’s Super Bowl loss, I’d say waiting for Fisher to fully recover is worth cashing out for. Yes, the team has made some moves this offseason but as a unit, the current offensive line is worse than it was a year ago. If the team wants to avoid another gut-wrenching Super Bowl defeat, they need to get better along the trenches. Re-signing Fisher to a short-term deal will help keep Mahomes upright in the pocket and allow him to deliver the big shots downfield.

Going into the season with Remmers as the starting right tackle, isn’t ideal and I expect the team to address this before training camp. Looking towards April, there is an extremely deep and talented tackle class entering the 2021 NFL Draft. With the Chiefs holding the No. 31 overall selection, most draft experts have the team going with offensive lineman with that pick. Even with all the O-line additions, the Chiefs go all in on protecting their franchise quarterback and select Alijah Vera-Tucker with their first-round selection.

For this to happen the Chiefs would have to run into some draft day luck.  Vera-Tucker is a highly coveted prospect who is usually off the board in the first 25 picks when running mock draft simulations. Still, if the former USC product does fall, KC’s front office should jump all over the opportunity.

Vera-Tucker’s biggest strength is his versatility. He logged snaps at left tackle, left guard and right guard, appearing in 31 games in his four seasons with the Trojans. This is a fantastic pick for the Chiefs because it allows the team to field a competitive team this season while also building towards the future. While Fisher recovers, AVT could lock down the LT spot and switch over to the right side once Fisher is healthy. A guy with Vera-Tucker’s skillset could be extremely valuable for an organization that constantly fields injury-riddled offensive lines.

Besides offensive line help, the team would be smart to address the defensive end position as well. The Chiefs have some pass rushing firepower with Frank Clark and Chris Jones, but the team is thin behind those two guys. Taco Charlton was brought back and is currently slated to start at defensive end opposite Clark. I think Charlton has plenty of potential but at this point in his career he would be better utilized as a rotational player. The Chiefs’ defensive line would be an intimidating force if it could add another proven pass-rusher. Could that addition be plucked from a division rival?

Long-time Los Angeles Charger Melvin Ingram was reportedly in Kansas City earlier this week to discuss contract details. Ingram has since left without any deal being made but the two sides could still come to an agreement in the near future. The Chiefs obviously need help at the defensive end position and Ingram’s insight/knowledge of his former team could offer some added value.

Ingram’s last two seasons have ended prematurely due to injuries and, at 31 years old, many question if is nearing the end of his career. The fact of the matter is Ingram is one of the best players at his position when healthy and I think the three-time Pro Bowler has a lot left in the tank. The fact that he already visited with the team tells me the interest from both sides is there, they just didn’t see eye-to-eye on the money details. I think Ingram fields a couple more offers, realizes he isn’t going to get the money he wants due to his injury concerns, and eventually signs with the Chiefs. Clark, Jones, and Ingram would form a frightening pass-rush unit.