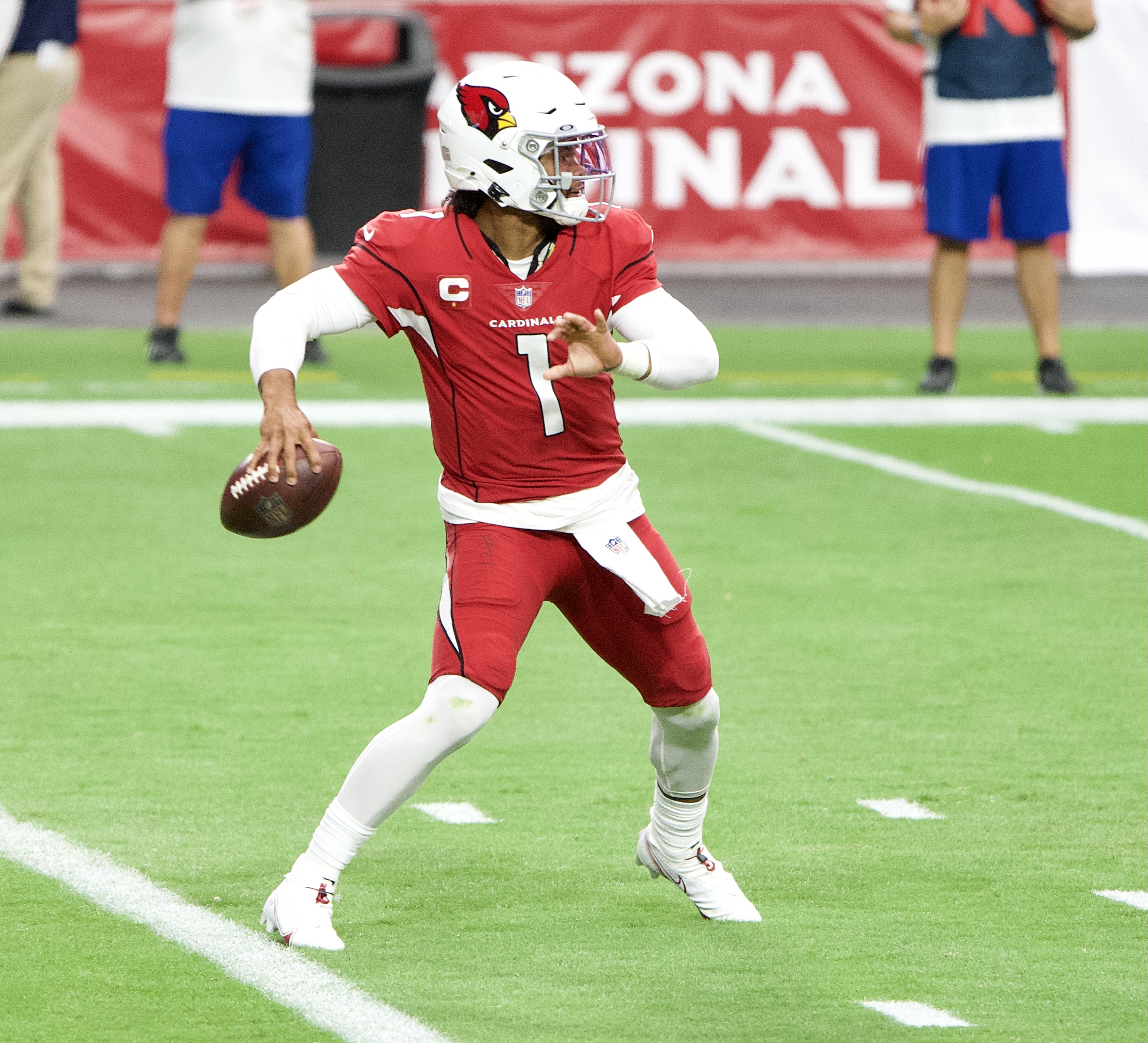 Year of the 300 (Quarterbacks)

Disclaimer: This analysis and article were initially written prior to the expansion of the NFL to a 17 game schedule. Nonetheless, the concept still remains true and should still be considered when using rankings.

Picture this. The year is 2021. The world finally begins to shift back to a sense of normalcy. Except for the fact that we may witness a historical season in fantasy football land in terms of the total number of Quarterbacks having QB1 level production. For the record, when I say a QB1 I’m referring to a 12 team league, so QB1 refers to a top 12 QB. But obviously more than 12 QBs technically cannot all be QB1s, so what I’m really trying to accomplish here is an analysis utilizing a benchmark in production to compare the position.

Last season, 11 QBs scored 300+ fantasy points, so anyone exceeding that threshold was therefore classified as a QB1. Maybe that doesn’t seem like that much, but if you look back only one year to 2019, only five QBs scored over 300 points. Five (5)!

Looking at the historical trends”¦well there isn’t really much. One thing is for certain, and that’s 2020 was a record year for QB1 level production. So without further ado, let me introduce you to the artists that accomplished that goal in 2020:

All 11 of these QBs are capable of replicating production next season to the point that they could at least satisfy the minimum criteria of scoring 300 fantasy points. That means we already have 11 QBs capable of scoring 300 points. Let me say, I’m not here for the politics of knit picking individual rankings, I’m just taking a dive into the QB group as a whole, so at no point are players in any order to reflect rankings. Anyways, looking at this list, I think it’s clear based on consensus that we are missing one name: Dak Prescott. A healthy Dak Prescott should have absolutely no issue breaking that threshold.

Disclaimer: I will be extrapolating data and stats to provide raw projections and estimations. My intentions are not to provide fully accurate 2021 QB projections at this time, but rather show potential outcomes. I simply want to illustrate a point regarding the position and this upcoming season.

Now with Dak in this mix, we already have 12 potentially qualifying QBs based on the 300 point metric. But I’m sure you’ve heard of fantasy analysts claiming other QBs to be an upcoming QB1 this year, or perhaps you even have your own opinion. And technically, they wouldn’t be wrong if they’re basing it off of a scoring metric like 300 points in a season. So let’s dive into some of these other guys in the mix.

An unfortunate injury caused a sudden end to the season for the former number 1 overall pick. Extrapolating his rookie season stats up until the game in which he was injured, Burrow would’ve scored 288 fantasy points. Get him a group of five guys that we can actually call an offensive line, maybe another offensive weapon, and the confidence of a year 2 QB, and that should easily squeeze out the needed 12 points to RSVP Joe Burrow to the 300 point season party.

Taking away that Denver game Fitzpatrick subbed in for Tua on, and extrapolating as always, Fitzmagic would’ve boasted 298.9 fantasy points on the season. And yeah, I think the upgraded weapons of Terry McLaurin and Curtis Samuel in Washington are enough to give him the 1.1 point boost needed to make the cut.

This guy showed some real potential in the end of the season, and he’s got that rushing upside we all dream of having in our QB. Small sample size, I get it, but if you extrapolate and even include Week 17 when he got benched at the end, he would’ve ran up a whopping 367.8 points on the season.

As you can see, I’m doing a rather loose examination on these players. I’m not trying to do a deep dive in terms of projection, but rather showcase a possibility. The fact of the matter is, every QB I’m listing has been called a QB1 for the 2021 season by multiple analysts. Don’t shoot the messenger, kid.

We’re already at 15 QBs and I’m not slowing down anytime soon. I’ll be the first to admit, Tua is one of the more uncertain ones on this list. His rookie season wasn’t the most impressive, but he was also coming off of a horrible injury, and frankly, didn’t have the best supporting cast. The team has shown they believe in him (for at least this season) and are building the offense around him now. So far they’ve added Will Fuller in free agency, and I’d say there’s a fairly good chance the Dolphins add another pass catcher in the first round of the draft. You’d have a hard time convincing me that in a world in which Tua has Will Fuller + Kyle Pitts or Ja’Marr Chase, that Tua doesn’t have the potential to put up a 300 point season. People forget, tanking for Tua was a thing.

The last and only time Matthew Stafford has scored 300+ points in a season dates back to 2011 (343.32 points). Detroit was a messy situation, and say what you want about Stafford, but you don’t pay up for someone like that without having some good intentions. Stafford has a clean slate for the first time in his career, and he walks into a team that’s organized by one of the most brilliant minds in football and boasts one of the top receiving corps in the NFL. It’s going to be a fun year.

I shouldn’t have to pull any statistics to convince you how Jameis Winston can deliver a 300 point season. This one simply boils down to Jameis winning out the starting role, and Sean Payton putting an end to the madness known as the Taysom Hill vulture.

Trevor Lawrence. Justin Fields, Zach Wilson. Trey Lance. Mac Jones. Those five QBs out of the 2021 class could all be top 10 picks in the NFL. Four of those five are mobile QBs, which correlates well to fantasy. And in all honesty, most of these rookies should walk into much better situations than we’ve seen in years past. One will certainly be picked by San Francisco, a Super Bowl contender of just 2 years ago, that has a solid group of pass catchers (Samuel, Aiyuk, and Kittle). Two of the other potential landing spots for these rookies include Denver and Carolina, both with solid receiving groups as well. This is a talented QB class, and I think it’s reasonable that at least two of them could finish the season with 300+ fantasy points, under the condition they all walk into week 1 starting gigs.

20 QBs. That’s the number of potential 300 point scorers we could see next year. Although you may disagree with some of the names, it’s undeniable that every player on that list are far better than the mid to low end QB2s of previous seasons. Please try to convince me why Fitzpatrick or Tua won’t at least outscore 2020 Teddy Bridgewater, Jared Goff, or Phillip Rivers.

Now here’s the mind boggling issue, what do we do with a group of potentially 20 QBs that could hit this threshold? Well for starters, I think this could be the ultimate year of the late round QB. Very easily you could have your hand at (previous) QB1 level production with a double digit round pick.

Is there some line that we can draw to form a new tier of QB1s? My guess would be yes, but I’m not sure of where that line starts at this moment. Maybe the line gets drawn right around QB12, and the top 12 all score 315+ points, while that 13 to 20 range still exceeds 300 points. At that point, is the value worth it? In my opinion, yes, I think it’s easily justifiable to wait 4-6 more rounds, take a late round flyer (or 2), and sacrifice the 15 points at the QB position. As an avid best ball player, this is music to my ears. Amazing value stacks as far as the eye can see.

Alternatively the line could be drawn around the top 3-5 QBs, and we could begin treating them like Tight Ends, where having one of the top guys is even more of an edge. Or perhaps your line is drawn at the guys with rushing upside, since they can at least typically provide a decent floor.

I plan to do a follow up analysis eventually, in hopes of maybe identifying these tiers amongst the Quarterbacks. For now, I think this is an important reminder that most rankings beyond QB5 may get very blurry. Having more clear cut tier breaks and accurate projections can help us become better drafters. But as we stand, 2021 is the year of the late round QB. It’s the Year of the 300.