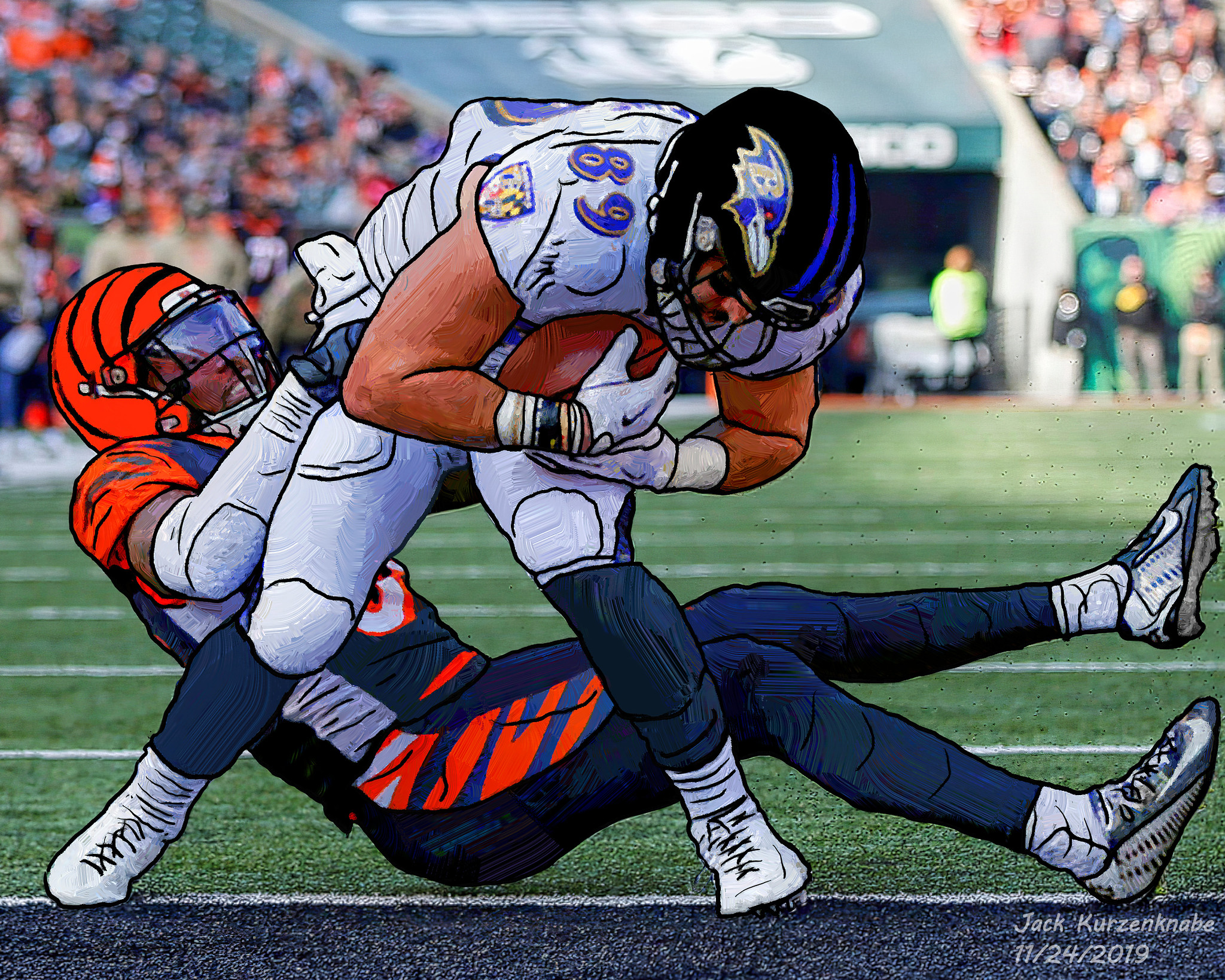 How Will The Ravens Improve The Roster?

A look at Baltimore’s offseason so far and what could be to come before the start of the 2021 NFL season.

The Baltimore Ravens have remained relatively quiet thus far in the offseason, and while they have arguably one of the more complete rosters in the NFL, let’s take a look at where they might look to improve prior to the beginning of the 2021 season.

On the offensive side of the ball, the Ravens waived RB Mark Ingram, presumably handing the keys of the Baltimore backfield to uber-talented second-year back JK Dobbins. The ground game was the least of Baltimore’s worries last year however as they led the league in rushing behind Lamar Jackson’s 1,000 yards, and another 1,800 between the trio of Dobbins, Gus Edwards, and Mark Ingram.

On the extreme opposite end of the spectrum, the Ravens were dead last in Air yards with no receiver eclipsing 800 yards on the season, and Jackson finishing below 2,800 passing yards.  Baltimore signed ex-chief Sammy Watkins to a one-year contract, which doesn’t move the needle much for the passing game, but adds a sure-handed possession receiver, filling the hole slot man Willie Sneed left on his way to Las Vegas to spend 2021 with the Raiders. While Marquise ”˜Hollywood’ Brown and TE Mark Andrews are solid options, there’s no doubt the Ravens could use another playmaker to catch passes from the 2019 MVP, which is why ESPNs draft expert Mel Kiper has them taking LSU WR Terrace Marshall in all 3 mock drafts he has done this year.

One of the more complete receivers in the draft this year, the 6’3 200lb Marshall is heralded for his versatility in route running and being able to line up in any spot and play it effectively.  Not to mention his red-zone savvy, as he led the nation in receiving TDs with 6 in 2019 before going down with a foot injury in week 4.  All the more impressive considering the talent of the LSU receiving corps that year.  Marshall could be the piece the ravens need considering Marquise Brown is predominantly a speedster, and Watkins does most of his work from the slot. Baltimore has also met with Auburn wideout Anthony Schwartz. The 6’ 179 lb junior recorded 117 receptions for 1,433 yards and 6 touchdowns in 3 years with the Tigers.

There is still rumor that the Ravens could be looking to trade offensive tackle Orlando Brown Jr., which, if they do, could drastically alter their draft plans.  Assuming Penei Sewell will be off the board, they could look to Northwestern University’s Rashawn Slater, or Christian Darrisaw out of Virginia Tech, 2 tackles who many have as the next two best options behind Sewell at the position.

On the defensive side, the Ravens lost talented edge rushers Matthew Judon and Yannick Ngakoue to the Patriots and Raiders, respectively.  Although they have re-signed OLB Tyus Bowser to a new 4-year deal and will hope to get serviceable production from recently re-signed OLB Pernell Mcphee and DE Derek Wolfe, the edge position will definitely be an area they will look to add depth to whether it be in the draft, free agency, or via trade.  Especially considering neither Bowser nor Mcphee is considered a pass rush specialist; as Bowser shines more in coverage, and Mcphee more so in the run game.

The way many mock drafts have gone, the Ravens may be better off using their first-round pick on a receiver or offensive lineman solely based on value.  MIchigan’s Kwity Paye and Penn State’s Jayson Oweh headline this class of pass rushers but will most certainly both be gone by the time the Ravens pick at 27.  University of Georgia’s Azeez Ojulari is talented on tape but at only 6’3 240lbs, Baltimore could probably go with a more secure option at another position here, and possibly get a better value edge rusher in the later rounds. One name to watch could be University of Miami’s Jaelan Phillips, who has dealt with numerous injuries over his college career, but who Mel Kiper called “the best pure pass rusher in the draft.” If the injuries scare teams enough, Phillips could be a gem for Baltimore in the 2nd or 3rd.

If they want to address the edge in free agency, former Charger Melvin Ingram is possibly the hottest name left, although he is coming off a seven-game, zero-sack season after being put on injured reserve twice with a knee injury.  The 31-year-old has proven himself when healthy however, attending 3 straight pro-bowls from 2017-2019.  32-year-old Justin Houston who isn’t quite as strong against the run as Ingram, could be an interesting option for the Ravens as he could probably be had for less money than the former.  His lack of effectiveness in the run game would also be made up for by Calais Campbell and Purnell Mcphee’s savvy in the area. Jadeveon Clowney is the last of the big-name pass rushers left in free agency but it’s hard to gauge teams’ opinions of the former number 1 overall pick.  Playing for 3 teams in the past 3 seasons, and not playing a full 16 game season in any of them, Clowney can still be effective getting pressure on the quarterback but Baltimore’s money would probably be better spent elsewhere.

Baltimore currently has $17,063,950 in cap space, and with the AFC north suddenly becoming one of the more competitive divisions in football, it will be interesting to keep an eye on how the Ravens keep pace and get John Harbaugh’s squad ready to compete at the elite level they’ve become accustomed to the past few seasons.