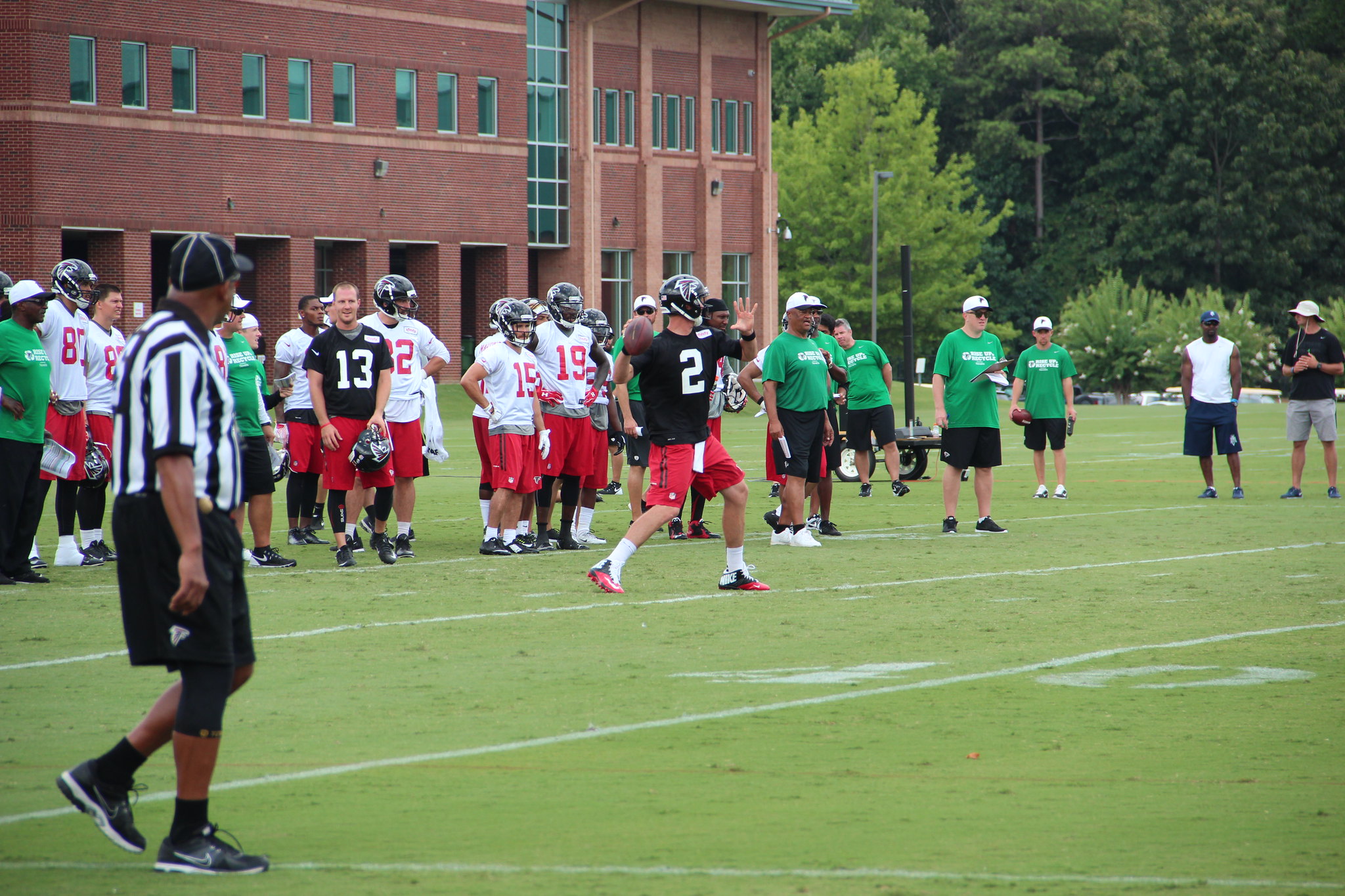 Who Should The Falcons Draft at 4?

As we get closer to the 2021 NFL Draft, things atop the draft are still in great doubt. While it is a certain lock that three QBs will be going picks 1-3, the Falcons are in an ideal spot at #4. With needs on defense or long-term answers at TE and OL, GM Terry Fontenot has some decisions to make regarding his roster before the draft.

Looking at the needs of the Falcons roster, it starts on defense. They have signed a couple of defensive pieces in free agency: LB Barkevious Mingo, CB Fabian Morneau, S Erik Harris, and OLB Brandon Copeland. In the case of Mingo, it was to add depth at the position alongside Pro Bowler Deion Jones, Foyesade Oluokun, and Copeland.

In the case of Copeland, I think it is about his ability to come off the edge on either side. In 2019 with the New York Jets, he had a career-high five sacks. Given his one-year deal, it is a low-risk, high reward for DC Dean Pees and the Falcons. Copeland has tremendous upside and this system is ideal for him.

Looking at Morneau and Harris, I think there is some serious competition at CB and S, respectively. For Morneau, I can see a three-way battle between him, Falcons’ 2020 1st round pick A.J. Terrell, and 2018 2nd round pick Isaiah Oliver to start.

As for Harris, he can be slotted as an FS to replace the departed Keanu Neal, who signed with the Cowboys. Harris recorded 56 total tackles (40 solo), five passes defended, one forced fumble and five special teams tackles in 14 games (11 starts) for the Raiders in 2020.

The Falcons have $5.3 million in cap space, so I do not fully expect any major signings.

As I mentioned earlier, the Falcons are in an enviable position where you cannot go wrong, unless you draft a punter. Should the Falcons stay put at #4, they should go in one of the two directions: add another playmaker or the best offensive lineman in the draft. In my opinion, there is not a defensive player worth taking this high (more on that later).

The Falcons could draft Kyle Pitts, who I have been high on over the last month or so. Is TE a need? Not really but I feel if you stay put, grab the best player on the board. Pitts is a guy whose skill set would make the Falcons an elite offense. Matt Ryan throwing to Julio Jones, Calvin Ridley, Russell Gage, and Julio Jones. Not bad at all.

However, Oregon LT Penei Sewell would be a great piece to protect Matt Ryan and beyond. At 6’5”, 331 lbs., he is a franchise piece. He would be another 1st round pick the Falcons have invested on the OL: Jake Matthews (2014), Chris Lindstrom (2019), and Kaleb McGary (2019). You can move Matthews to left guard, thus filling the needed gap there.

If they trade down…

This is where it gets interesting. If GM Terry Fontenot decides to trade down, there is a strong chance he will get multiple 1st rounders and some draft assets for the future. That is based on what the 49ers gave up to get up from #12 to #3. Trading down means that the Falcons are focused on defense.

First, Patrick Surtain II out of Alabama is not only the best CB in this draft but a case could be made that he is the best defensive player as well. In my 1st mock draft, I had him going to the Falcons at #4. That is how high I am on him. It is hard to find any real holes in his game.

Surtain II allowed just 21 receptions for 273 yards in 13 games played last season. He is the definition of a true lockdown corner. He could be better than his dad, former All-Pro CB Patrick Surtain, who played 11 seasons in the NFL with the Dolphins and Chiefs.

Second, Micah Parsons out of Penn State, the best LB in the draft class. At 6’3”, 245 lbs., Parsons’ athleticism allows him to keep pace with TEs as they are becoming faster and stronger at the position. Plus, his speed is good enough to keep up with skill-position players on offense.

The question remains: What will the Falcons do? To me, there is no wrong answer. I would not trade down unless I get a package that guaranteed me loads of picks, or even a starter. If not, stay put and get a centerpiece: Sewell or Pitts.