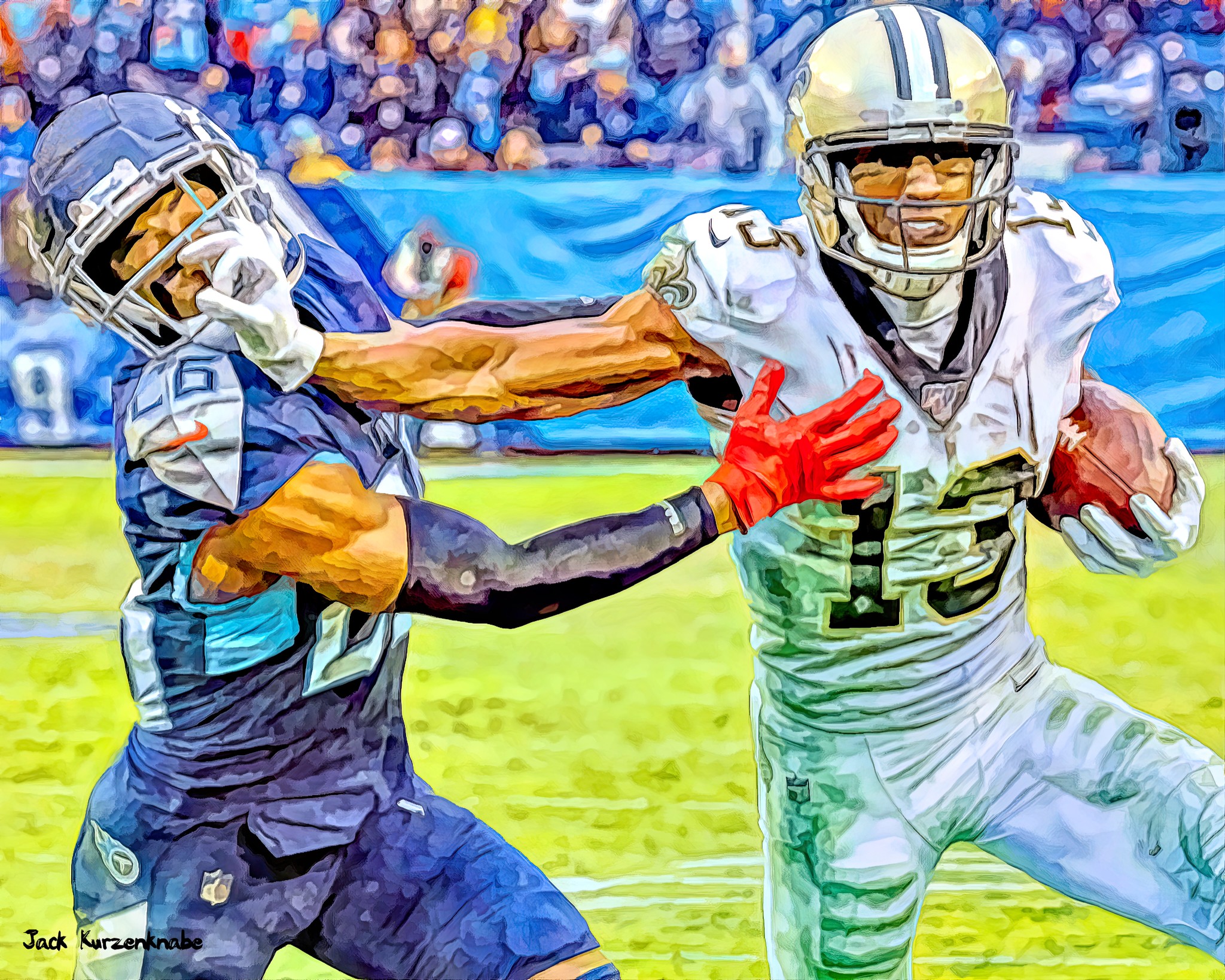 Cantguardmike needs to bounce back next season

The New Orleans Saints are looking forward to the 2021 Season to try and build on the legacy of their years of NFC South dominance behind Drew Brees.  Now that Brees has retired, the team really needs to come together and fight for each other and the beloved city in which they play.  There are many players on defense and offense that need to step up and prove that they are ready to be a leader on the field and in the locker room.

Michael Thomas, WR- Though it was not all his fault, as he played most of 2020 with a nagging ankle and recurring hamstring injury, Thomas left a bad taste in the football world as he had a lackluster season.  There were already rumors of Brees retiring and what a season it was destined to be for the QB/WR duo.  In 2019, he set the single-season reception record with 144th career catch passing Marvin Harrison and ended up with 1,725 yards, and then fell to hit the mark with only 438 in 2020.  Elite receivers in this league can be up and down, especially after their main QB leaves as a new rhythm must be established.  Welcome to the off-season, where Thomas has been catching with Winston and Hill to get comfortable with both.  Thomas is entering the 2021 season healthy and 29 years old.  He can still produce but must prove that he can get separation from defenders and corners and get open for deep balls and shorter passes and then use his acceleration to beat coverage.  Since we don’t know who will be under center for the Saints, we don’t know arm strength or accuracy and Thomas must be prepared for it all, whatever is thrown at him.  Thomas must regain his phenomenal level of play so that the Saints can justify keeping him.  The Saints should draft a rookie slot receiver to complement him which can take some load off Thomas’s shoulders, but he must produce in 2021 or he might just find a new home in 2022.

Jameis Winston QB- We all know the story of Winston’s fall from grace as a Buccaneer.  He was a Heisman winner drafted first overall in 2015 becoming the third rookie to throw for over 4,000 yards.  He continued to produce in the NFL, but in 2019 he set the record for interceptions returned for touchdowns in a season.  The Buccaneers did not resign him, and he landed in New Orleans to potentially back up future Hall of Famer Brees.  Though, he did not see much playing time in 2020, as the Saints used Hill to replace injured starter Brees, Winston did appear in Week 9 against his former team, and then faced them again as he came in on a trick play in the Divisional Playoff Game and threw a 56-yard touchdown pass to Tre-Quan Smith.   If anyone has something to prove to not only The Saints for signing him but to the entire NFL, it is Winston.  He was a turnover and interception machine last time he was a starter, and if he wants to be the head of the Saints’ offense, he must produce.  Winston needs to prove that he has matured, studied, become a more patient passer, and show that he has put in the hard work since leaving the Bucs to be named a starter again and lead a team.  I expect the Bucs to be the presumed NFC Champs and the ones to beat as reigning Superbowl champs, but if Winston can play like a man with a mission, listen to his coaches, put any ego aside, and get the naysayers out of his head, I think he could be the one facing the Bucs in the Divisional Game again and walking away victorious.

Tayson Hill QB- If we are going to talk about the elephant in the room surrounding the Saints 2021 starting QB, Hill must be mentioned as someone with lots to prove.  Coach Payton turned to Hill in Week 10 after Brees was ruled out, and he threw for 233 yards and rushed for two touchdowns against the Falcons.  Hill continued to get the start and had ups and downs, but he seemed to find more success rushing and scrambling then throwing.  If anyone has the most to prove, it is Hill.  He has a new 4-year contract and will compete with Winston for that starting job under center.  Is he simply a utility player that can throw, rush, block, and confuse defenses, or is he the real deal learning for the past few years under Brees?  Only time will tell, but Hill should be practicing and connecting with all his weapons and becoming one with his offensive line to prove that he has the stuff.  Payton trusted him once to lead the offense, which left most in the NFL wondering why, but then we saw glimpses of strength, athleticism, and determination that can translate well under center, and if anyone can nourish that it is Sean Payton.  I for one and excited to see who is given the reigns come September.

Marcus Williams Safety- The Saints placed a franchise tag on Williams who was drafted in the 2nd round in 2017 and has played every season since in New Orleans.  Williams is best known for the blown tackle in the NFC Divisional Game vs the Vikings dubbed the Minneapolis Miracle, but he didn’t give up.  Instead he worked harder and got more efficient at tackling.  Last season, he had 59 total tackles and three interceptions and was pivotal in the defense ranking 4th in the NFL with an average of 300 yards per game allowed.  Williams must continue to step up and prove that he was worthy of the tag especially now that other key defensive players left in free agency.  I see the Saints drafting a WR and an CB as first priorities, so Williams must be the leader of the secondary keeping their opponents off the field so that the offense can do their job without Brees leading the way.

Sean Payton Coach- Even though he isn’t a player, Payton has a lot to prove this upcoming season to himself, the league, and most importantly his team as they move on from Drew Brees and their 15-year offensive brilliance that led the team to one Superbowl win and multiple Divisional wins and appearances.  Can Payton make the right moves to keep his team in the NFC South race and Superbowl contention?  Payton has a master offensive mind creating plays that keep defenses scratching their heads, but he always had Brees with the talent to execute those plays.  He must make decisions now based on lesser talent but still talent nonetheless and other coaches with fewer excelled players have risen, so will Payton.  If Thomas bounces back and Kamara keeps grinding, then the rest should fall into place.  They must draft a slot receiver and hope that last year’s draft of Adam Trautman at TE will pan out.  Coach must place full trust in Cam Jordan to lead the defensive so that he can put the pieces back together on offensive and rise to the top again where the Saints and the city of New Orleans belong.

What do you think? Of course, there are others who will step up and shine and others that will fade. I am looking forward to watching the coaches and players continue to flourish even though the 15-year dream of the Future HOF Drew Brees era is over and walk gloriously into the light of NFC stardom and continued league respect. The Saints as a whole will have chips on their shoulders losing yet another Divisional Round and not finishing where they desired. I believe they all will have something to prove and say, “Yes we lost one of the greatest, but together we are still phenomenal.” #WHODAT!

Why the Eagles Will take a CB in the first round of the 2021 nfl draft
Achilles Heel for each top QB Prospect: What’s to hate about Trevor Lawrence?
wpDiscuz
0
0
Would love your thoughts, please comment.x
()
x
| Reply