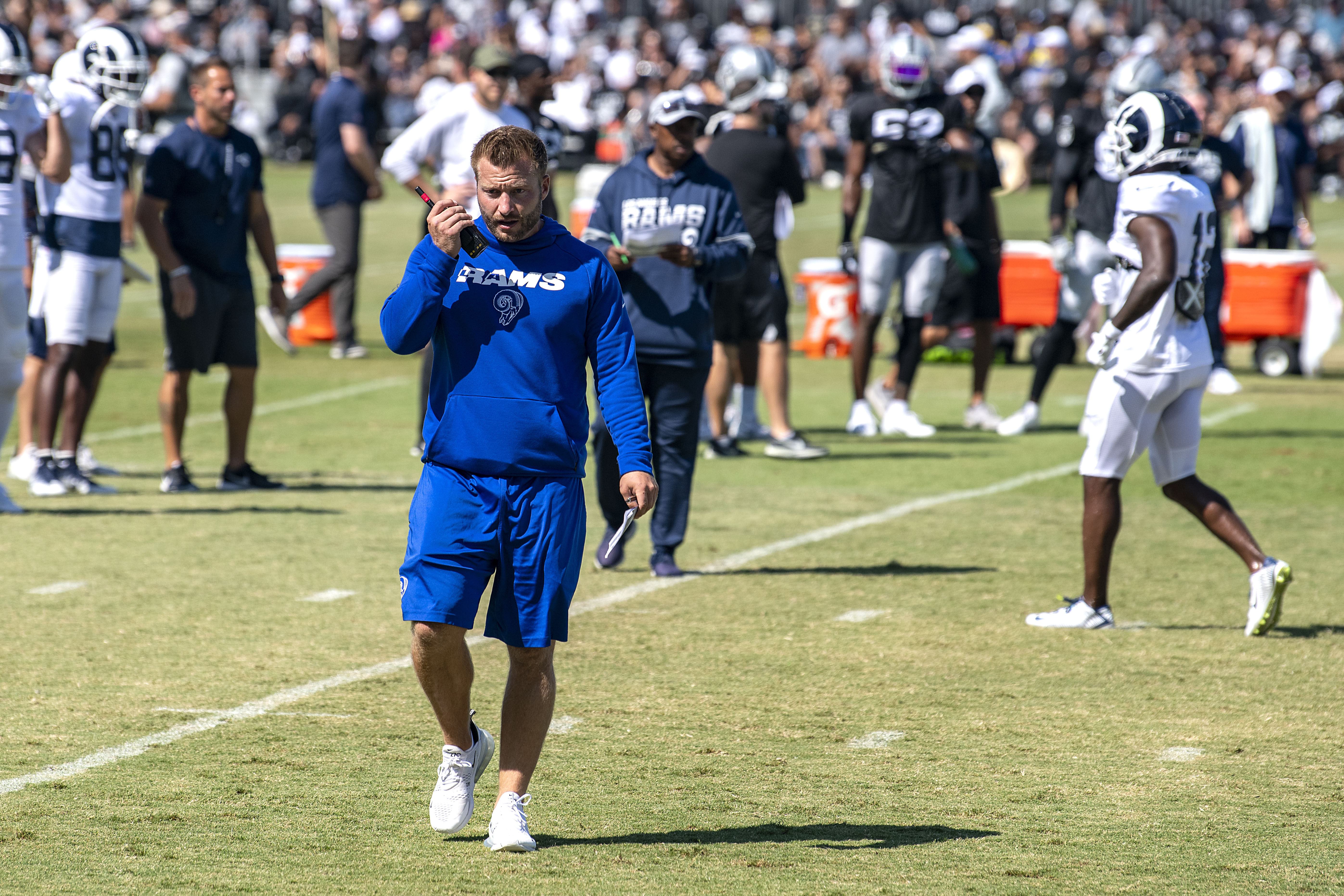 Who is the best head coach in the NFC West?

The NFC West has quickly become one of the most intriguing divisions to follow throughout the entire NFL. With high-powered offenses, hard-hitting defenses and some of the biggest stars in the game, there’s a reason you see NFC West teams so often on primetime games. Not only the on-field talent shines bright in this division; the NFC West is home to arguably the best group of head coaches in the entire league: Kyle Shanahan, Sean McVay, Kliff Kingsbury and Pete Carroll.

From the youngest head coach in the league (McVay, 35) to the oldest (Carroll, 69), the NFC West has it all. Most or all of the current NFC West head coaches are known as “football geniuses” and for good reason; they are all among the most innovative play-callers and leaders in the league. However, because this is the internet, one has to be the best, and that, my friends, is what I’m here today to do.

Which coach will reign supreme? Who will be the head coach standing on top of the mountain? Let’s begin ranking the four coaches from worst to best.

Kingsbury has had an up-and-down start to his tenure as the Arizona Cardinals head coach.  Prior to his promotion to the NFL, Kingsbury served as head coach of Texas Tech University from 2013 to 2018 where he coached future NFL MVP Patrick Mahomes. Before that, Kingsbury was the offensive coordinator for Texas A&M University where he served as the offensive coordinator for Heisman Trophy winner Johnny Manziel during his historic 2012 season.

The thing is, while Kingsbury’s track record may be impressive on paper, he has had trouble winning games; a pretty important aspect to keeping your job in the NFL. His record at Texas Tech was 35-40 and he currently boasts a head coaching record of 13-18-1; a somewhat pedestrian record for an “offensive genius”.

Kingsbury has the potential to soar up this list with the roster the Cardinals are building. Arizona’s Kyler Murray-led air raid offense will be in its third year, and Murray will be in his second year with star wide receiver DeAndre Hopkins.

There’s no doubt Kingsbury is a creative football mind who has risen through the ranks to NFL head coaching quickly. Ranked amongst head coaches from other NFL divisions, Kingsbury would surely rank higher than fourth. However, the question of whether or not he is the leader the Arizona Cardinals need is still up in the air.

Los Angeles Rams head coach Sean McVay was hailed as the next great offensive mind after he was hired as the youngest head coach in NFL history back in 2017. McVay has had his fair share of highs and lows since his hiring, as he made it to the Super Bowl in his second year as a head coach. Ever since making that Super Bowl, practically every person who coached under McVay has left for their own head coaching gig, leaving McVay to pick up the pieces each season.

It’s really tough ranking McVay so low on this short list, considering he is easily a top 10 head coach in the entire league. However, I guess that just goes to show how good this division is. McVay’s style is fairly simple. Run the ball and use play-action. While the concept seems so simple to counter, many NFL defensive coordinators have tried and failed.

While seeing his fair share of struggles, McVay has led the Rams to four winning seasons in as many years. With such an impressive resume, why don’t I have him ranked higher, you ask? Well, for starters, Seahawks head coach Pete Carroll has won a Super Bowl, and McVay hasn’t; and 49er’s head coach Kyle Shanahan has a 5-3 record against McVay since 2017.

Not a knock on McVay’s abilities at all, moreso an illuminate on how good Carroll and Shanahan are.

Carroll ranks third amongst active coaches in total wins, with 145. In his ten seasons as head coach of the Seattle Seahawks, Carroll and star quarterback Russell Wilson led the Seahawks to a Super Bowl title in 2013, and an NFC Championship in 2014. The man is a walking Hall of Famer.

While he most likely will be seen on the sidelines chewing gum, with a whimsical smile on his face, Carroll has been the poster boy for being a leader in the NFL. He’s a defensive innovator who gets guys to want to play for him; a seemingly difficult task in the league.

Carroll, however, is not a perfect head coach. He has a knack for being a risky play-caller, which occasionally pays off in his favor. However, when it doesn’t it costs him a Super Bowl title. More recently, Carroll has been criticized for “letting Russ cook” or “not letting Russ cook enough”. Everybody in the NFL is subject for criticism, but overall Carroll exudes consistency.

Why is he not ranked first on this list, you might ask? Despite an eight year streak of winning seasons, and a Super Bowl ring, time will soon catch up to Carroll. He is the elder statesman in the division, and there is one coach who I believed snatched the crown right from Carroll’s head. There is no doubt in my mind that Carroll is a top 10, even top five head coach in the NFL. However, when ranked strictly within the NFC West, one coach reigns supreme.

Move over McVay, the NFC West has a new offensive guru. Over his four seasons as head coach of the San Francisco 49er’s, Shanahan has been touted as the best play designer in the NFL; and for good reason.

Boasting a new-age, run first offense, Shanahan led the 49ers to a Super Bowl appearance in 2019, seemingly the only healthy season the Niners have had under Shanahan. There is no denying Shanahan’s level of football genius. It was on display during the 2019 NFC Championship game, where Shanahan correctly predicted a flag that has yet to occur.

While only 40, and with two Super Bowl appearances under his belt, Shanahan will surely have more success as a head coach in the NFL. The scary thought for other coaches around the NFL, and in the NFC West particularly, is that Shanahan will only get smarter. He will mature as a coach, and it will only make his opponents more confused when he outsmarts them further. Shanahan is a different beast and my top head coach in the NFC West.