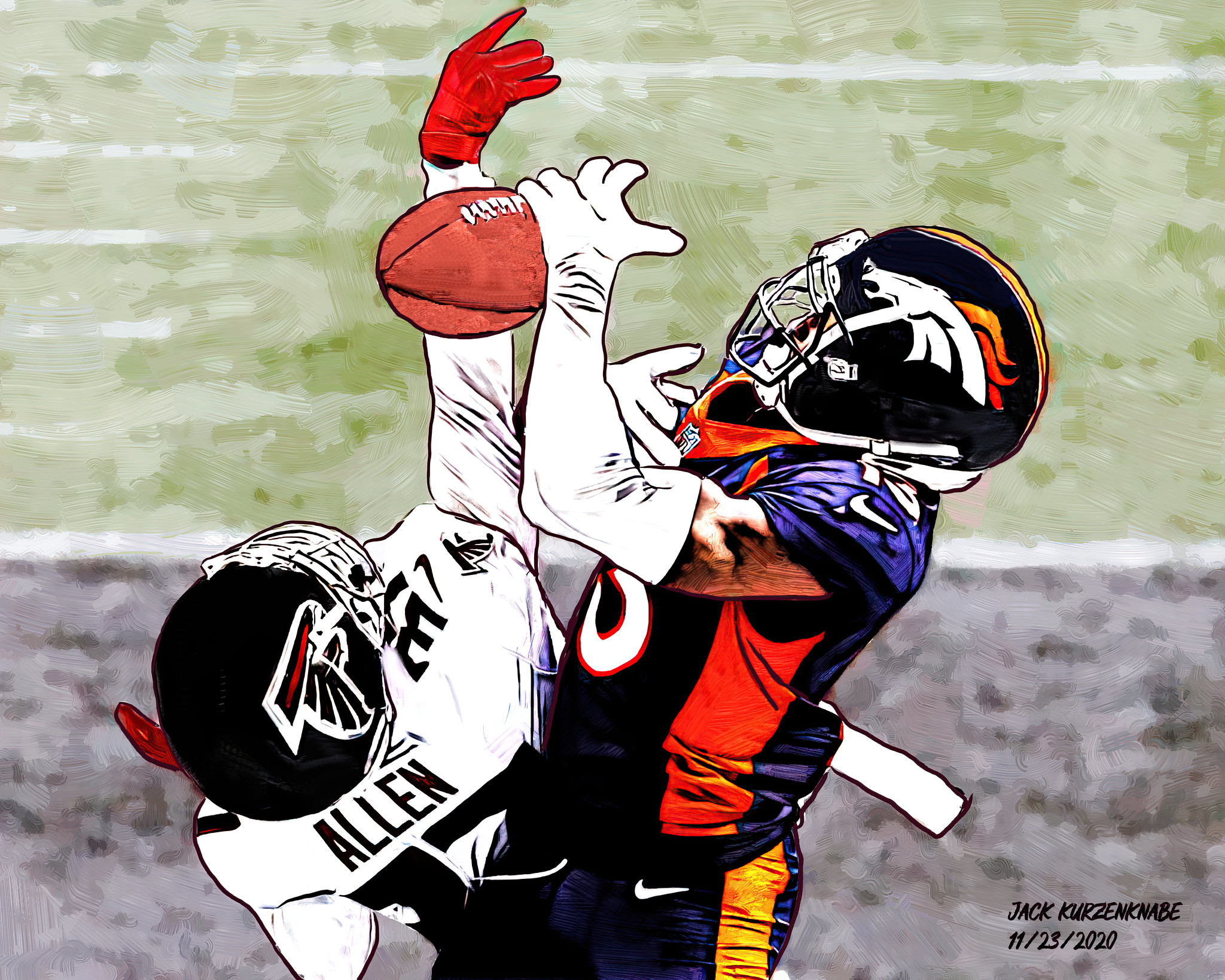 TE Noah Fant will have a career year in 2021

Last season, Broncos safety Justin Simmons and linebacker Bradley Chubb were named to their first Pro Bowl. Unfortunately due to Covid-19 protocols the events and game were called off this year. There are plans for the 2022 Pro Bowl to be played next year at Allegiant Stadium in Las Vegas, date and time yet to be announced. With the season being extended to 17 games, there’s a good chance we can see some new Broncos players named to their first Pro Bowl.

All Broncos fans would agree that Garett Bolles was robbed this year being named to his first Pro Bowl. Bolles took a huge leap last season especially with the amount of holding calls he got compared to his first few years.

Comparing that to his 2019 season, he played 1013 offensive snaps, with 4 sacks allowed, and 17 penalties. His overall player grade in 2019 was 76.1 and jumped to 90.6 in 2020. There’s no doubt in my mind Garett Bolles has the ability to be named to his first Pro Bowl this next season with the progress he has made the last four years.

The Broncos defense will be deadly this next season and there’s no denying that. With Von Miller coming back, the best safety duo in the league Justin Simmons and Kareem Jackson back, and star cornerbacks Kyle Fuller and Bryce Callahan, the Broncos will have a shiny defense to combat Patrick Mahomes.

A key piece to this Broncos defense however has been Shelby Harris. Harris last season had 19 tackles, 5 assists, 3 sacks, and 1 forced fumble with an overall grade of 88.3. This year, Harris also signed a contract extension with the Broncos for 3 years $27,000,000 with a $9,000,000 signing bonus. With this stability, Shelby Harris has the potential to make a jump further than his stats in 2019 and make his first Pro Bowl.

In his two seasons with the Broncos since being drafted in 2019, Noah Fant has made big jumps between his “freshman and sophomore seasons”. Last season Fant had 673 receiving yards on 62 receptions and 3 touchdowns.

If Broncos (most likely) starting quarterback Drew Lock and Noah Fant can work more on connecting this off-season, I see Noah Fant taking a big jump with his ability just like he has done the last two seasons. Fant becomes an unrestricted free agent in 2023 so this year is the perfect year for him to capture his draft worth and make a Pro Bowl as a Bronco.