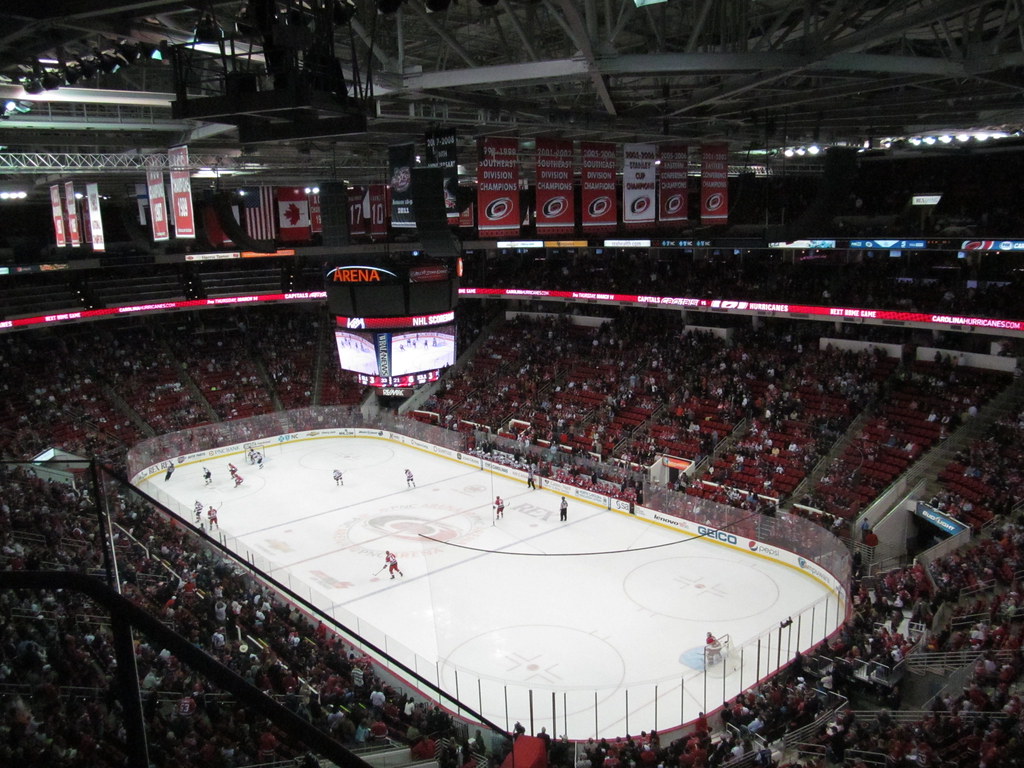 The NHL playoff picture is taking into shape with just weeks left in the regular season. Rosters are pretty much set, and teams are ready to make that push for hockey’s Holy Grail, the Stanley Cup. Here are two legitimate contenders and teams that will underwhelm come playoff time.

Vegas Golden Knights– Vegas is a team that is on the cusp of winning a championship. Vegas has reached the Stanley Cup Final, followed by losing in the Divisional round and Conference Finals in their three-year existence. They have two dominant scoring lines, a solid third line and an energetic fourth line that could chip in on the score sheet. The acquisition of left-wing Mattias Janmark at the trade deadline may turn out to be one of the more underrated moves this season. He’s a perfect complimentary piece on the third line who brings 45 games of playoff experience. Collectively, Vegas averages 3.35 goals per game, fourth in the NHL.

Between the pipes Vegas have two viable goaltenders who could backstop any team for a playoff run. They have former Stanley Cup Champion Marc-Andre Fleury and Robin Lehner. Between the two Fleury and Lehner have a 2.17 goals against average (1st in NHL) and a .923 save percentage (2nd).

Special teams also play a pivotal role in the playoffs. Their elite penalty kill ranks second in the NHL at 85.8 percent. Vegas has one of the deepest rosters in the league. When things tighten up come playoff time, Vegas has the defense and goaltending to push them over the top. Bank on Vegas to go deep into the playoffs.

Carolina Hurricanes– A storm is brewing in Raleigh and it’s time that the league takes notice. The Hurricanes made noise two seasons ago when they made the Eastern Conference Finals after a nine-year playoff exodus.

The Hurricanes were not an active club at the NHL trade deadline. However, just as good as a trade deadline acquisition is the return of Teuvo Teravainen, who has been limited to just 13 games this season. The team has a solid core of young players and veterans and is as deep as any team in the league.

The Hurricanes possess one of the more underrated top lines in the league with young superstar Sebastian Aho anchoring the line along with wingers Andrei Svechnikov and Teravainen. Their depth at forward runs deep with the likes of Vincent Trocheck, Nino Niederreiter, Martin Necas, Jordan Staal, Brock McGinn, and Jesper Fast.

The defense is another strength of the team, headlined by defenseman Dougie Hamilton who is having a career season in his contract year. Rounding out the stellar defense is the underrated Brett Pesce and Jacob Slavin, Jake Gardiner, Joakim Ryan, and Jani Hakanpaa.

The biggest strength of the team is the special teams. They hold the NHL’s top power-play unit and the third-best penalty kill. If any one of the goaltending trios of Petr Mrazek, Alex Nedeljkovic, and James Reimer gets hot in the playoffs, the Hurricanes will be a tough out.

Edmonton Oilers– The Oilers have been a pleasant surprise this season, currently sitting in third place in the North Division and one point away from rival Winnipeg with two games in hand. Connor McDavid is the games best all-around hockey player, and Leon Draisaitl isn’t too far behind. However, those two cannot simply carry the entire team themselves over four rounds of the playoffs.

The team is lacking scoring depth at the wing position besides Ryan Nugent-Hopkins. Top six wingers Jesse Puljujarvi and Kyler Yamamoto have shown flashes but have yet to show much consistency putting the puck into the net. The bottom-six forwards lack a scoring punch as well.

Defensively, they will miss the presence of two-way defenseman Oscar Klefbom, who has missed the season with a shoulder injury. Darnell Nurse, Tyson Barrie, Adam Larsson, Ethan Bear, Dmitry Kulikov and Caleb Jones are a solid, if unspectacular unit.

Goaltender Mike Smith has had a phenominal 2021 season. He has a 2.32 goals against average, a .923 save percentage and three shutouts. At 39 years of age, could he endure the vigours of a lengthy four series playoff run? Smith also has won just one playoff game in his last six playoff appearances.

Edmonton has been a nice story this season. However, even the best player on the planet in McDavid can’t make up for the lack of depth on the team.

The Panthers have been a wonderful story this season. As of this writing, they sit in second place in the Central Division standings at 31-14-5. Aleksander Barkov, Jonathan Huberdeau, Patric Hornqvist, Frank Vatrano, and Mackenzie Weegar make a nice core for the club.

The Panthers have had good seasons from unlikely sources. Wingers Carter Verhaeghe and Anthony Duclair have performed admirably as top-six wingers. The Panthers addressed some much-needed depth by acquiring winger Nikita Gusev off of waivers from the New Jersey Devils, and center/winger Sam Bennett and defenseman Brandon Montour via trade from the Calgary Flames and Buffalo Sabres, respectively.

The biggest hole lies at center and defense. Could Alexander Wennberg or Sam Bennett provide enough scoring punch anchoring the second line? Losing their best defenseman for the year in Aaron Ekblad on defense is irreplaceable. The Panthers have depth at the position, but lack a shutdown pair on defense which is much needed in the playoffs.

The Panthers have to decide which goaltender to ride come playoff time. Is it Sergei Bobrovsky, whom the Panthers are paying 10 million a season for, or Chris Driedger who has surprisingly blossomed this season? Bobrovsky has struggled for much of his tenure with the Panthers but has come around lately. Driedger has performed the better of the two. This is a situation worth monitoring.

The Panthers need to finish first in the Central Division to avoid playing the reigning Stanley Cup Champion Tampa Bay Lightning or Carolina Hurricanes. Both teams have two games in hand on the Panthers, with the Hurricanes hanging on to a two-point lead. Even if Florida were to win the division, they would likely face the defending Stanley Cup Finalist runner-up Dallas Stars or the red-hot Nashville Predators in the first round, no easy task. A second-round date with the Lightning or Hurricanes could loom as well.

Do you agree, disagree with my contenders and pretenders? Who do you think could make a Stanley Cup run?

You could find me on Twitter @BrownieNJD82 for your sports takes and sports betting needs.