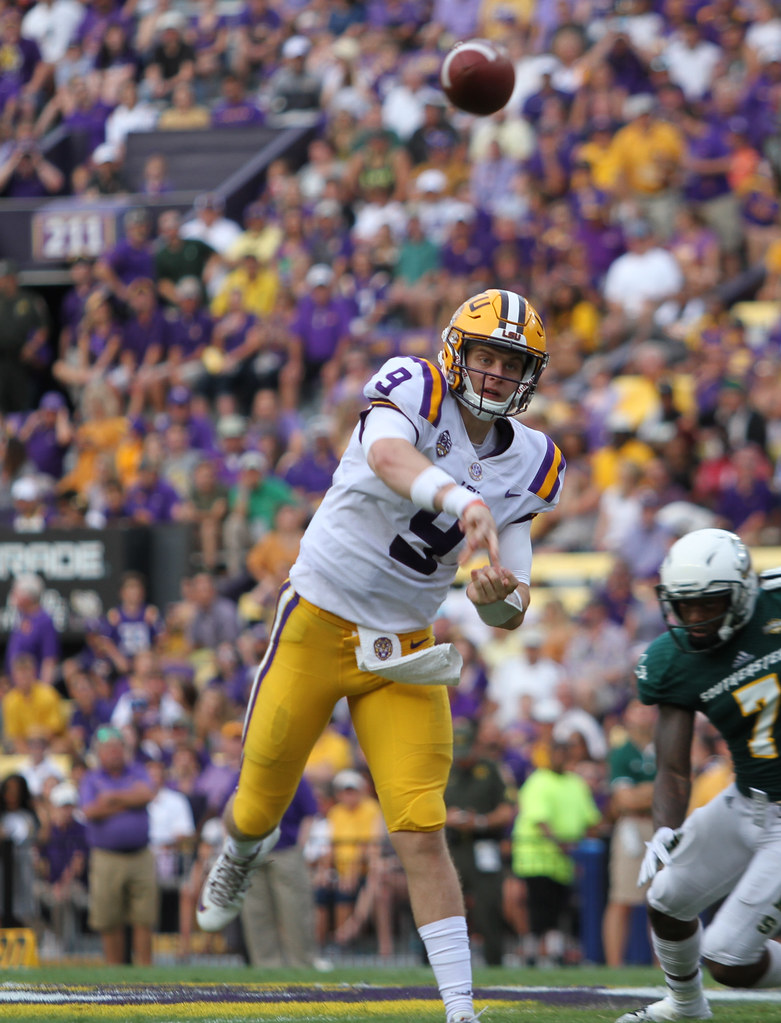 What a difference a year makes for Joe Burrow. At this time last year, Joe Burrow was not only one of the most popular names in NFL headlines but in all of sports. Coming off of winning the Heisman and leading one of the greatest college football teams in NFL history to a National Championship, Burrow was projected to go first overall to the Cincinnati Bengals. Now a year later the former first overall pick isn’t even be speculated upon. It seems like Burrow fell off the face of the sports world once he tore his ACL in Week 11.

In previous years, players who have gone first overall and had great seasons have been speculated upon by the media on how they could take strides forward the following season. It is discussed whether they could reach their potential that they showed during their rookie season and that the team that drafted them saw on tape before they selected them. Burrow has not received that type of attention and may blow people away during his sophomore season.

Here is why Joe Burrow could become one of the best quarterbacks in the NFL as soon as next season.

Before the injury Burrow was neck-and-neck with 2020 sixth-overall pick Los Angeles Chargers quarterback Justin Herbert for offensive rookie of the year. At the time Burrow had the edge as well. Not only because he had started every single game for the Bengals up to that point, but because he was doing more with less around him.

Burrow was only limited to ten games last season. But during those ten games, Burrow threw for 2,688 yards, 13 touchdowns, and only five interceptions. He also completed 65.3% of his passes and had an 89.9 QBR. Pro Football Focus gave Burrow a 75.1 grade for the 2020-21 season.

If Burrow’s stats are stretched out over the course of a 16 game season he would have thrown for 4,301 yards, 21 touchdowns, and eight interceptions. Those numbers likely would not have been enough to dethrone Justin Herbert for rookie of the year. But that is still an outstanding season for a rookie quarterback. And not to mention that Burrow was getting HOT before his injury.

It is also important to remember that Burrow did this without the best pieces around him. For a good amount of his rookie season, Burrow was without his starting running back Joe Mixon who was limited to only six games last year.

Already this offseason the Bengals have made some improvements to their overall roster that should benefit Joe Burrow. They have added multiple new starters along their defense to improve that unit. A better defense could help Burrow and the offense control the pace of the game. Offensively the Bengals have added right tackle Riley Reiff to their offensive line. Last season Reiff was one of the best offensive lineman on Minnesota’s roster. Now he transitions to right tackle to give Cincinnati to very solid starting tackles to help protect Joe Burrow.

The Bengals are also projected to add to their offensive early and often during the NFL Draft. The three players Cincinnati is projected to take with their fifth overall pick are Oregon left tackle Penei Sewell, Flordia tight end Kyle Pitts, or Burrow’s former teammate at LSU wide receiver Ja’Marr Chase. All three are considered elite prospects at their position not just in draft class, but overall. Any of those three would help Burrow and the Bengals passing offense miles better next year than is was in 2020-21.

2. Joe Burrow’s traits coming out of LSU should improve over time

There was a lot that made Joe Burrow such an attractive prospect coming out of last year’s draft class. Burrow was undoubtedly the first overall pick in a draft class that was very top heavy with two other premier quarterback prospects in Alabama’s Tua Tagovailoa and Oregon’s Justin Herbert. During his final season in LSU Burrow not only showed that he is not only capable of commanding an explosive NFL style offense, but that he is an extremely athletic quarterback that does not have to depend on his athleticism on every single play because he is more than capable of making plays from inside the pocket. But his athleticism makes him extremely dangerous because he can move the pocket and scramble on any given play.

On top of that as a person Burrow is an outstanding player to have in a locker room. When Burrow was leading LSU to the peak of their run to the College Football National Championship he showed an outstanding confidence and swagger on and off the field that coaches and executives want in a quarterback. But at the same time he managed to maintain that energy and not look arrogant.

He also showed outstanding leadership ability in college that translated to the NFL. Burrow was the leader of that LSU football team despite only being their two years after transferring from Ohio State. He was not only a leader of his football team, but was the face of college football (despite Trevor Lawerence still being at Clemson). Unlike many who have been in that position prior to Burrow, he handled the role with class and was shined when the spotlight was bright on him on and off the field. That translated to the NFL when Burrow was named a captain during his rookie season with the Bengals.

As long as he is healthy after the ACL injury, Burrow will have every opportunity to display his athleticism and the skillset that got him drafted first overall. He may be hesitant to tuck the ball and run as often, but is not the type of person to eliminate it from his game after a major injury. Now that he has had a taste of what the NFL game is like, he will be more comfortable overall and likely have more control of the offense. Once he starts having more success in the NFL his confidence will grow and so will his swagger. If he reaches the form he was at when he was at his best at LSU there is not much that could be done to stop him. Soon after that we could see Joe Burrow smoking a cigar with AFC North Championship gear,

3. He was able to keep him turnovers down his rookie year and his overall production should improve

Once the Bengals surround Burrow with more pieces, give him control over the offense, and get him more comfortable overall his touchdown production should improve. The Bengals have a couple of young weapons on offense for Burrow to take advantage of as well. Tyler Boyd is capable of being a number one receiver for the offense, but 2020 second-round pick Tee Higgins could take over A.J. Green’s role in the offense and emerge as Joe Burrows top target. Plus if Joe Mixon could stay healthy he could be an outstanding asset for Burrow in the passing game.