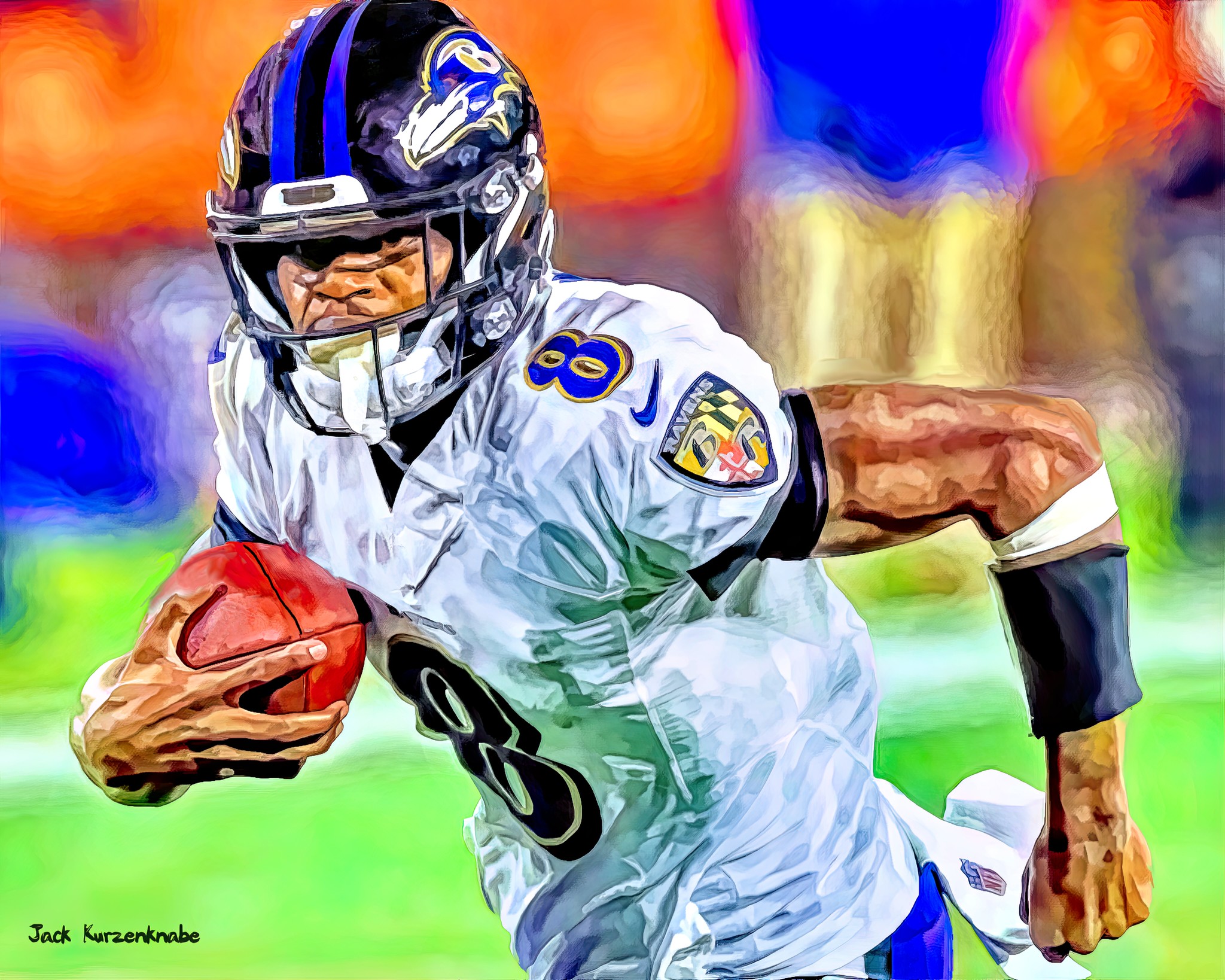 The Baltimore Ravens have been one of the best-run franchises in the NFL since they joined the league in 1996, compiling a 225-174-1 record. Over the past three seasons, the team has been even more dangerous putting up a 35-13 regular-season record. But despite this phenomenal regular-season record, the team hasn’t experienced a lot of playoff success. One area that has been consistently been criticized has been the team’s wide receiver room. This article will look into a few reasons why the Baltimore Ravens will look into trading up to draft a wide receiver in the 2021 NFL Draft.

Counting on Marquise Brown to emerge as a legitimate WR1 and Sammy Watkins to stay healthy does not seem like the best plan for the Ravens if they want to take the next step in 2021. Clearly, the Ravens are clearly lacking talent at the wide receiver position after striking out on the big wide receiver free agency targets in players like Kenny Golladay, Will Fuller, and JuJu Smith-Schuster, and will need to address this need in some other way during the offseason. Draft day is the perfect opportunity to do so.

One argument that has been made against the Ravens drafting a wide receiver is that Greg Roman’s offense doesn’t really utilize the position in the passing game.

As you can see from the graph above, it is true – Greg Roman hasn’t typically utilized his wide receivers frequently in the passing game. But to be fair to Roman, a lot of that comes down to not working with a ton of talent at the position.

Take a look at the table above. When Greg Roman was working with solid wide receiver talents like Anquan Boldin or Michael Crabtree he was willing to provide them with 100+ targets over the course of the season and feature more than one wide receiver through the air. He hasn’t been able to do that with the Ravens wide receivers the last two years, because their production hasn’t been enough to justify giving them that level of work.

Are the Ravens ever going to provide their wide receivers with a ridiculous number of targets? No, at least not in Greg Roman’s run-heavy offense. But they definitely need some help at the position in order to take the next step and make a deep playoff run.

The Baltimore Ravens will have nine draft picks in the 2021 NFL Draft after they traded Orlando Brown Jr. to the Kansas City Chiefs.

With the 27th and 31st pick as potential ammo, the Ravens could realistically trade up to as high as the 11th pick of the draft based on the traditional NFL Draft trade value chart. While the Ravens may feel that it is too costly to trade up all the way to 11, conducting a trade up to the late teens or early twenties could easily be in the cards if one of their draft targets is available.

There are a few wide receivers in the 2021 NFL Draft that are clear 1st round draft choices or at least in the mix for the 1st round. Let’s take a look at some of them.

There’s a lot of talent here, so much so that one could argue it’s enough for the Ravens to stand pat. But not all of these players are good fits for the Ravens offense and it’s vital that they get a player that will mesh well with the team – which is why a trade-up will likely be necessary.

The Ravens should be actively looking into trading up for a wide receiver in the 2021 NFL Draft. Ja’Marr Chase, DeVonta Smith, and Jaylen Waddle are the top wide receiver targets in the NFL Draft, but it would take at least one of them slipping into the teens for the Ravens to realistically be able to trade up without giving up too much draft capital. If none of those three are available, it would also make a lot of sense for the Ravens to package up picks 27 and 31 to the Washington Football Team or the Chicago Bears for their 1st and 2nd rounders in order to secure one of Rashod Bateman or Elijah Moore – giving their wide receiver room a much-needed boost and still getting another solid player in the 2nd round with pick 51/52.

Writer’s Prediction: Ja’Marr Chase, DeVonta Smith, and Jaylen Waddle go in the top 12 picks. The Baltimore Ravens trade picks 27, 31, and 184 to the Washington Football Team for picks 19 and 51 to jump the Tennessee Titans (pick 22) who also need a wide receiver – as well as to also ensure teams like New Orleans (pick 28) or Green Bay (pick 29) don’t potentially trade up to take the Ravens’ guy. The Ravens then select Rashod Bateman (WR, Minnesota Gophers) with the 19th overall pick in the draft.