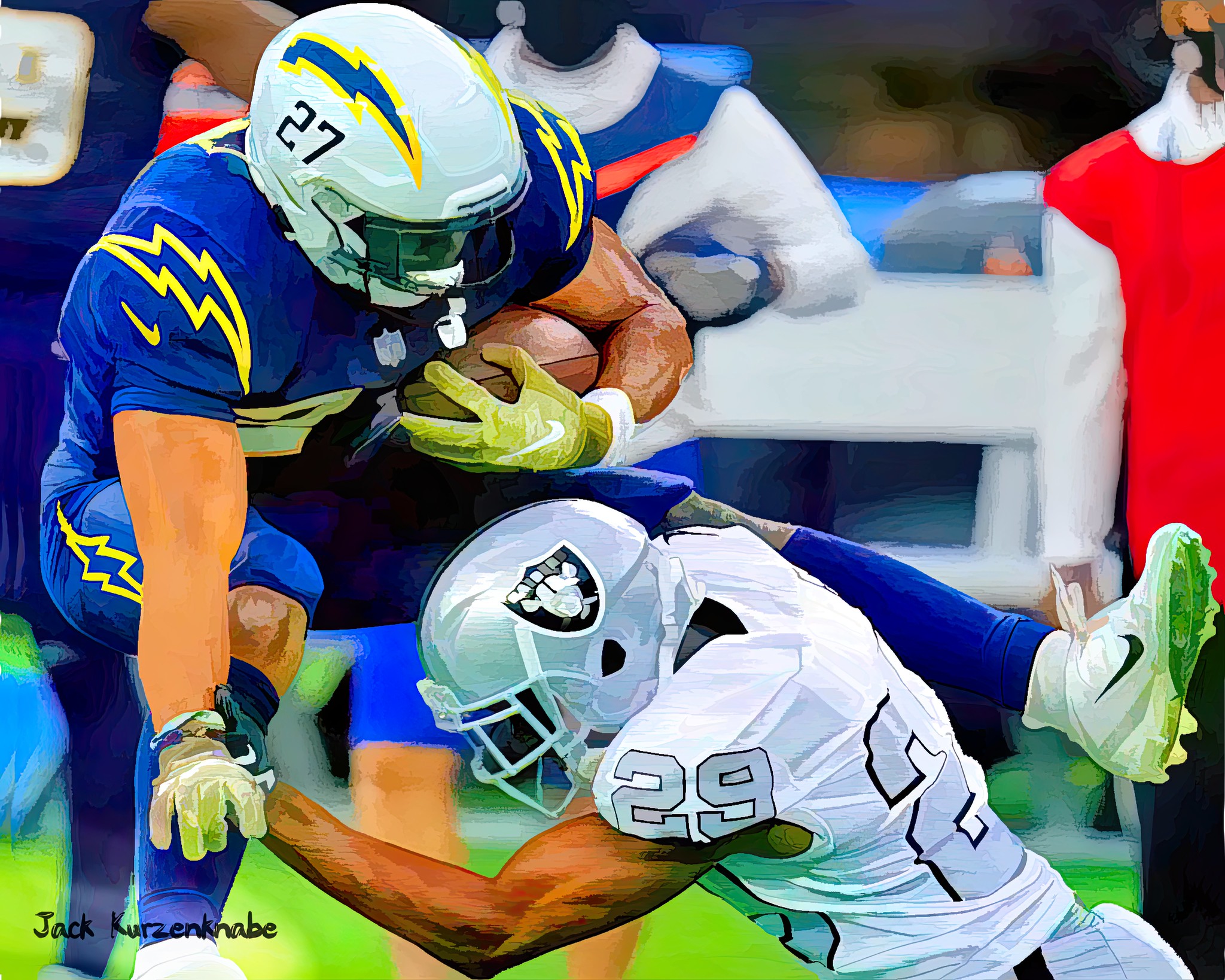 With the 2021 NFL Draft two days away, teams already locked into the players they want for their future. However, other teams are in limbo in what direction to go, one of them being the Las Vegas Raiders (almost typed Oakland). The reality is that, despite going 8-8 last season, the Raiders are still in rebuilding mode.

The defense was ranked 25th in 2020, down from 19th in 2019. All that said, HC Jon Gruden has drafted offense in the 1st round two of his three years (T Kolten Miller – 2018 & Henry Ruggs III in 2020). Despite the availability of some great defensive prospects that will be there at their No. 17 picks, Gruden loves offense.

He has an affinity for WRs because he signed Willie Snead IV this offseason and still has WRs John Brown, Zay Jones, Hunter Renfrow, Bryan Edwards, and Henry Ruggs III on the roster. If he wants another WR, he will target the best one in this year’s class: LSU’s Ja’Marr Chase. The question is how do GM Mike Mayock and Gruden get in range to get him?

A Julio Jones-type package but more

Given the HOF career that Jones is still having, it was worth giving up those picks. I am not here to say that Chase is the next Julio but he is the total package at WR. Even though the depth chart is deep, Chase could be a WR1 against Snead IV and John Brown. Like Jones, he is battle-tested versus the best defenses in college football in the SEC. It would be worth the risk.

Jon Gruden loves QBs more than he does WRs, which is saying a lot. By no means is Carr is a bad QB. He is a top-15 QB in my opinion. Yet, it feels as though Gruden has made him expendable when he signed former No.2 overall pick Marcus Mariota. To get a player like Chase, you need to be in the top 5 of the draft. There is only one team that would consider Derek Carr: the 49ers

The 49ers gave up a lot to pick at No. 3 but if they can get a guy of Carr’s quality and feel they win now, it is a no-brainer. To be clear, the Raiders would have to unload two future 1st rounders, which they have, maybe one of their WRs (possibly Renfrow), and convince Lynch that Carr can get you back to the Super Bowl.

Hope Chase slips out of the top 10

I would be shocked if he slipped out of the top 5 no less the top 10. This is essentially an option that seems the most feasible for the Raiders. Chase will be the 1st WR off the board and maybe 2nd non-QB. Gruden would have to hope for a hail mary for him to fall. However, it could happen because it did happen 16 years ago.

A California Golden Bear QB named Aaron Rodgers fell to the Green Bay Packers to No. 24 after sliding when the 49ers passed on him. They selected Utah QB Alex Smith No. 1 overall. If we were to see that Draconian level slip with Chase, that chip on the shoulder will benefit the team that drafts him. Ask Packers fans.