Why Trevor Lawrence and Zach Wilson are the top two picks 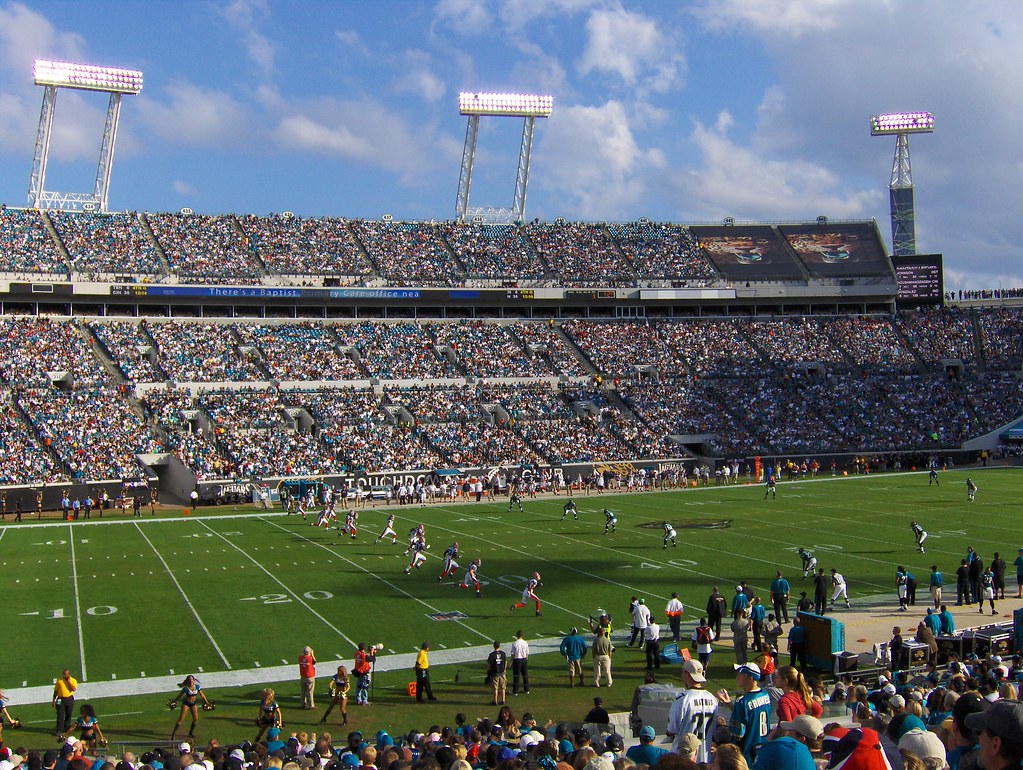 Draft day is just over a day away and the anticipation of what each NFL franchise will do has all fans excited! The first round of the NFL draft goes live at 8:00 PM ET from Cleveland. The draft is back in person after a remote and virtual draft last year. The commissioner will be back on stage greeting and shaking hands with the future stars of the NFL.

For the first time in franchise history, the Jaguars will have the number one pick. This is pivotal for the franchise and the future of their newly signed head coach Urban Meyer. Meyer is testing his luck in the NFL for the first time after winning multiple NCAA Football Championships and coming out of retirement. Meyer won National Championships at both Florida and Ohio State in the past. He has plenty of championship pedigree in the college ranks. Meyer has tallied 187 wins in 17 NCAA seasons as a head coach. Meyer will start off his NFL tenure with a high caliber QB in Trevor Lawrence.

Why Lawrence is a sure fire number one pick can be seen in his football career dating back to high school. Lawrence broke the Georgia high school record for yards and touchdowns in his senior year, records previously held by Deshaun Watson. He broke these records while competing versus another high profile quarterback in this class in Justin Fields, who grew up 20 miles away from Lawrence. Lawrence followed Watson to the University of Clemson. In his freshman season, he led the Tigers to a National Championship. Lawrence led the Tigers in a route over Alabama. The next season Lawrence made it to the College Football Championship again but lost to Joe Burrow and the LSU Tigers. His junior year Clemson lost to Ohio State in the semifinals.

Lawrence’s college career is full of gaudy numbers. In three seasons as a starter, he tallied a record of 34-2. Lawrence completed 66.6% of his passes for 10,098 total yards. He has a career passer rating of 164.3 with 90 career passing touchdowns to 17 interceptions. He wasn’t just a pure passer he has the ability to run and make big plays with his legs outside the pocket. Lawrence rushed for 943 yards for an average of 4.1 yards per carry and 18 touchdowns. We all saw his running ability in the 2019 Fiesta Bowl where he broke off a 67 yard touchdown run.

Of course, with all the numbers come awards and accolades. Lawrence has plenty of All-Honors from all of his seasons. He finished second in Heisman voting last year as well as a finalist for the Maxwell, O’Brien, and Camp Player of the Year Awards.

Lawrence is regarded as the ultimate NFL prototype in today’s game. With rare size, mobility, speed, awareness, arm strength, and accuracy Lawrence is set to play a huge role in the Jaguars future. Mel Kiper graded Lawrence as his fourth highest quarterback ever and the highest since Andrew Luck. The experts say Lawrence is an Elway, Luck, Manning type of player.

Lawrence is a smooth operator in the pocket, his awareness and athleticism allow him to move in the pocket and he uses his eyes and arm talent to make plays. He works well under pressure and can beat you outside the pocket. His experience in big games vs high quality competition gives NFL teams a clear view of his ability on the field.

Off the field, Lawrence doesn’t raise any red flags. Last year he missed a few games with a positive covid test. He was on the sideline engaged in the game and helping his teammates and team in whatever fashion he was able to. He showed another phase of his toughness and football spirit by having his pro day on February 12th. He was scheduled for labrum surgery on his non-throwing shoulder on February 16th. He’s expected to make a full recovery before camp and get ready for his rookie season.

Lawrence will make it four straight years a quarterback is picked number one overall. The Jaguars are rebuilding a team and former pro bowl receiver DJ Chark will be excited with his new signal caller. Of course, there are no guarantees of becoming a superstar in the NFL but Lawrence is an insanely talented prospect and one of great value for the Jaguars.

The second overall pick belongs to the New York Jets. A team that also is looking for a future leader at the quarterback position and one with a new first time NFL head coach. Robert Saleh was signed as the Jets new head coach back in January. Saleh has been an NFL coach on the defensive side of the ball since 2005. Most recently he was the defensive coordinator for the San Francisco 49ers starting in 2017. With a new defensive coach and at the time a young quarterback the Jets were looking at prospects in the playmaking and defensive side of the ball. However, a lot has changed since January.

The Jets traded away Sam Darnold to the Panthers earlier this month. Darnold was supposed to be the savior of the Jets after being drafted third overall in 2018. Without a quarterback, the Jets are expected to draft Zach Wilson with the second overall pick.

The Jets have been linked to Wilson since his pro day at BYU. Wilson made some high level throws including a viral throw that may have started a trend in the following pro days. Wilson is a gunslinging quarterback prospect with the talent to make big explosive plays off schedule. Wilson broke out in his final season at BYU with many plays of this type. Wilson led BYU to an 11-1 in his junior season. He threw for 3692 yards, 33 touchdowns to 3 interceptions while completing 73.5% of his passes. The completion percentage ranked second in FBS last year and he broke Steve Young’s BYU record. He also used his rushing ability for 235 yards and 10 scores. Surprisingly to some Wilson does have Hawaiian ancestry and was named a co-recipient of the 2020 Polynesian College Football Player of the Year.

What the experts like about Wilsons 2020 tape is a vast improvement in play from previous years combined with explosive plays and the ability to execute tight window throws on and off schedule. Some of those tight window throws come with a lot of risks although only three went as turnovers scouts would like a higher level of decision making in the next level. His mobility kept defenders honest, he’s able to slide in the pocket and make accurate throws deep as well as good decisions while scrambling. His deep ball accuracy was over 50% and he gave big receivers plenty of opportunities to win 50-50 balls.

Although BYU didn’t face elite completion Wilson was able to deliver the goods to show he’s an NFL caliber player. In the cougars lone loss vs Coastal Carolina another group of five school that was ranked Wilson played well but showed some holes in decision making and accuracy. He’s got the tools and ability to overcome those struggles and the Jets are likely to make him the second overall pick.

Even though Wilson will go after Lawrence some think Wilson will be the better NFL quarterback. Crediting his accuracy and playmaking. Gang Green get ready to welcome Zach Wilson after booing the commissioner.

The top two picks are nearly 100% locked in by all. The draft really starts at number three with the 49ers. Thursday night will be highly entertaining and the anticipation and excitement will grow more till your team is officially on the clock.

Dream Bengals Running Back Options In the NFL Draft
Why Taysom Hill not Jameis Winston will start and is the ultimate MVP dark horse
wpDiscuz
0
0
Would love your thoughts, please comment.x
()
x
| Reply