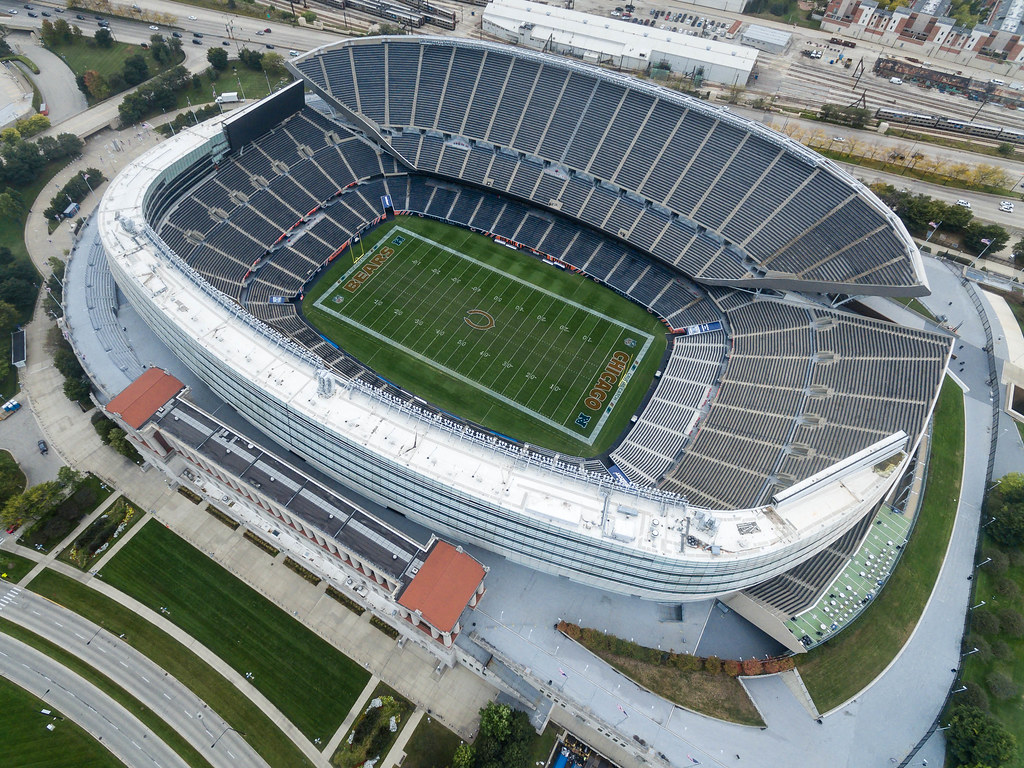 "Soldier Field stadium from above" by marcoverch is licensed under CC BY 2.0

It’s finally arrived…the 2021 NFL Draft has rolled around and the picks are in. Now is the time to overreact and make assumptions and predictions that most likely won’t come true. Like predicting the “winners” and “losers” of the draft. Really, there is no way to know how the picks will turn out. But that being said….there were some obvious winners and losers of this draft. Mostly based on the value of the picks teams made. With that being said, here are my overreactions, and most importantly, here are your three biggest winners and loser of the 2021 NFL draft.

They had arguably the number two quarterback prospect in the draft available… and they took a cornerback. Patrick Surtain may turn out great and may be one of the best cornerbacks in the league. But the Broncos signed two cornerbacks earlier this off-season. It makes no sense that they would pass up on a prospect like Justin Fields and instead take a player that might be one of the deepest positions on your team? It makes no sense and the Broncos will regret not taking a quarterback here.

A friend of mine is a Packers fan and when the Baltimore Ravens took Rashod Bateman I could hear him crying from miles away. To be serious I think that the Packers took Eric Stokes because they couldn’t get Caleb Farley. It felt like a pick where the Packers said to themselves; “well, he is the best cornerback available, so I guess we should take him.” And making this pick in the footsteps of Aaron Rodgers wanting out…is…not great. That relationship definitely did NOT benefit from this pick.

The Raiders did something that no one should have been surprised by…They took a surprise player that nobody thought would go this early. Alex Leatherwood might turn out as a great player, but with Christian Darrisaw available, it makes no sense as to why the Raiders passed on him. I think that in three years everyone will look back and say that the Raiders clearly should have taken Darrisaw over Leatherwood.

The Steelers did not have to move up to get the best running back in the 2021 NFL draft. They simply sat and waited. The board could not have fallen any better for them as Najee Harris was clearly the best option for them when it was their time to pick at 24th overall. Harris is the epitome of a Steelers running back and will bring the physicality to the Steelers that they have been lacking on offense for the past few years. Ans to those who would argue that the line did not get better I would ask in return; “Did you know that the draft doesn’t end at round one?”

Justin Fields had no chance of falling to the Bears. He would have had to slide past both the New England Patriots and the Washington Football Team. The Bears did give up another first and a second, but for their quarterback of the future, that is worth the price. Fields will bring the talent to the position that Mitchell Trubisky lacked. The Bears also have a still-good defense to help carry Fields while he learns how to adjust to the NFL game. And he has Allen Robinson to throw to. Just a really good pick here by the Bears.

There is no way that the Chargers thought they would be able to grab Rashawn Slater. They probably did some jumping jacks or something when they say he was available for them at pick 13. Slater will immediately upgrade a Chargers offensive line that has already seen two new additions, the biggest of which was free-agent acquisition, Corey Lindsley. Suddenly Justin Herbert doesn’t have to run for his life and can use the talented weapons that surround him to their full potential. Another great pick, Slater will be a perennial pro-bowl/All-pro player for them.