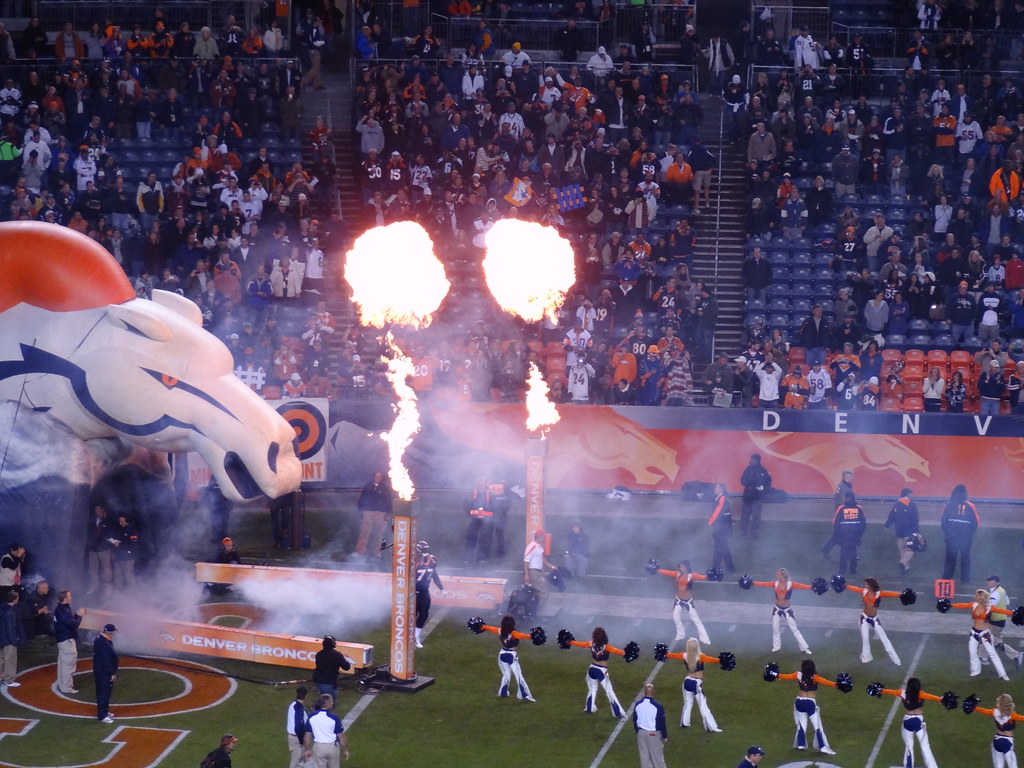 "Denver Broncos vs. New York Jets - 2011" by deege@fermentarium.com is licensed under CC BY-SA 2.0

The 1st round of the 2021 NFL Draft is in the books and several teams walked away with some franchise-changing players like Trevor Lawrence to the Jaguars or Kyle Pitts to the Falcons. However, several others made some head-scratching picks (looking at you New Orleans) as their fanbases question their future after Day 1. Somewhere in the middle of the good & bad were some picks that I thought were good but maybe not the most favorable one to fans. Here are five teams that got it right, but not the most ideal pick for some.

As Justin Fields was there for the taking for the Broncos but they opted for, in my opinion, the best CB in the draft in Surtain II. Broncos’ fans were almost certain that Fields was to be picked despite trading for Teddy Bridgewater and even with Drew Lock on the roster. I love this pick because Surtain II is an immediate starter with former Bears CB Kyle Fuller on the other side.

In a division where you face two of the better offenses in the NFL, Chiefs, and Chargers, it doesn’t hurt to have two great CBs. Long-term, Surtain II will be a Pro Bowler, possibly an All-Pro. Also, he can be the face of your defense for the next decade-plus, which doesn’t hurt either.

On a lot of draft boards, Parsons was the best defensive player in this class. After trading back with their NFC East division rival, the Philadelphia Eagles, they get a defensive player because we all know why. With two of the top CBs in Surtain II and Jaycee Horn off the board, they did not reach for a player like Caleb Farley or even S Trevon Moehrig. Jerry Jones added a potential starter on this defense nonetheless.

A LB core of Parsons, Jaylen Smith, and Leighton Vander Esch has great upside for new DC Dan Quinn. Parsons has the versatility to play MLB or WLB, which can come in very handy. Cowboys should be happy to get a guy like Parsons who can be a game-changer.

The Giants wanted a WR because this about surrounding their franchise QB Daniel Jones with weapons this season. Even though WRs like Rondale Moore, Elijah Moore, and Rashod Bateman were on the board, the gap between them and Toney was not that wide. Being a huge Florida Gators fan, I have watched a lot of him and Kyle Pitts.

The best comp for Toney is one I read upon that makes sense: Stefon Diggs. Like Diggs, Toney can make big plays down the field with elite athleticism. He is raw in aspects of his game but can learn from a guy like Kenny Golladay. Toney is a weapon that can be Jones’s best friend and bail him out.

Whether or not he saw enough top-end talent in college while in the Big 10, Newsome II is a welcome piece to a secondary that has Denzel Ward, Grant Delpit, and John Johnson III. Like Surtain II, I can see Newsome II as a starter. If you had to find a flaw on this roster, it is the secondary. He missed the end of the 2019 season because of injury but still led the Wildcats with 11 pass breakups in nine games (eight starts, also made 36 tackles).

His play in the initial six games of the condensed 2020 season (12 tackles, one interception, team-high 10 pass breakups) getting him third-team AP All-American and first-team All-Big Ten status. The Browns got a quality CB who will contribute right away.

It’s the end of the 1st round and the Super Bowl champs could have gone anywhere. They drafted an LB in Joe Tryon from Washington who will play with the likes of Lavante David, Shaq Barrett, and Devin White. Unlike Micah Parsons, Tryon will not be an immediate starter because of the amazing depth at the position.

Tryon brings not only depth but an imposing physical specimen with the abilities and athletic form, but the footage reveals he could need more course work still before being a contributor on an NFL field. He utilizes his length and hands successfully at the point of attack but needs to become a form to use them as a pass rusher.