Why Jon Gruden has underperformed since arriving 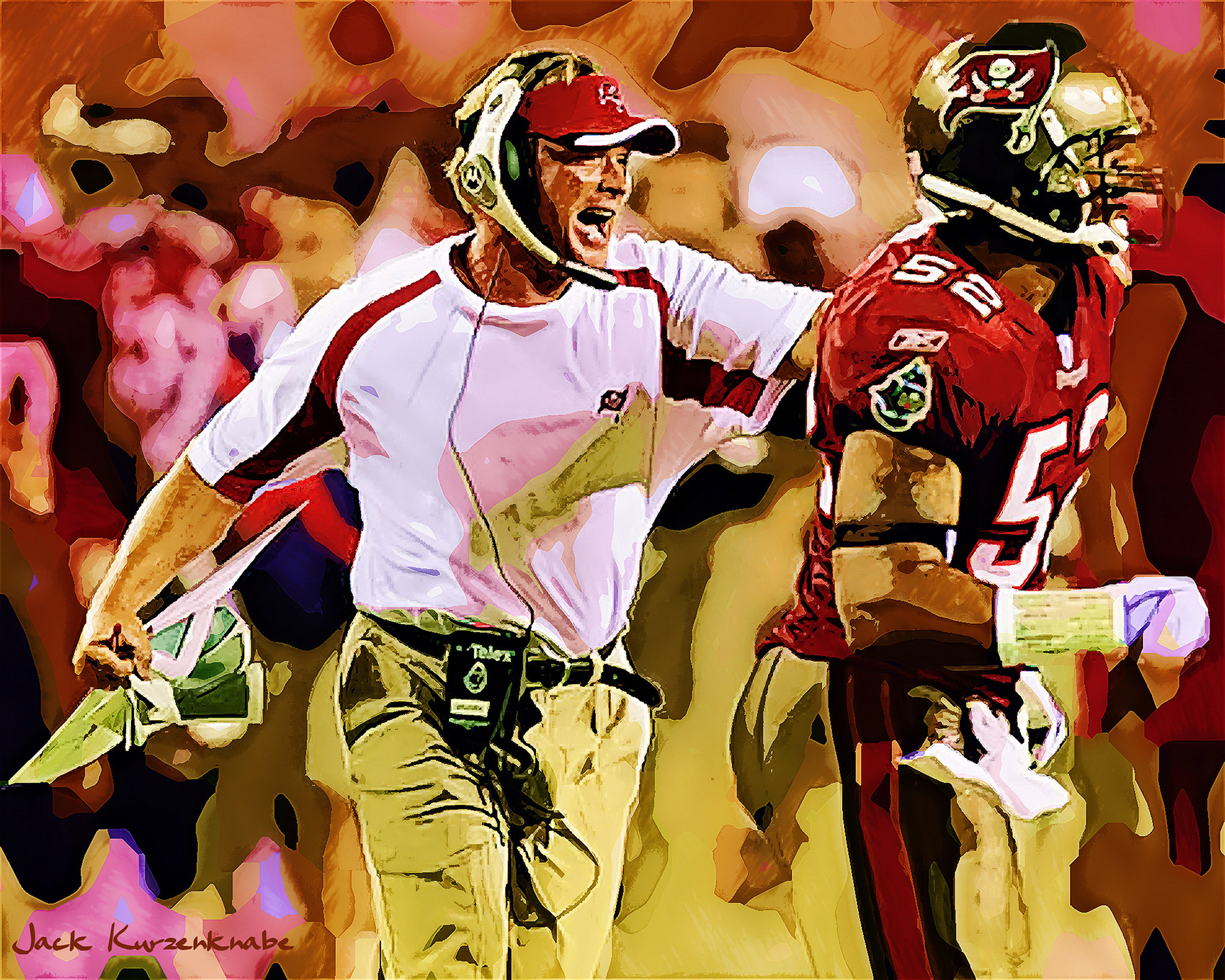 The Raiders had very high expectations when they lured Jon Gruden away from the broadcast booth and made him their head coach. Mark Davis, the owner, gave Gruden a 10-year contract worth 100 million dollars. This is one of the biggest contracts in history, and one that should come with an expectation of winning. That has not been the case to this point. In fact, despite the records, it can be argued that the team is even worse off now than it was when he first got the job. Here are some of the reasons why Gruden is failing in Las Vegas.

The most simple way to judge the success of a coach is by looking at their record. In the past 3 seasons with the Raiders, Gruden has only 19 wins and 29 losses. This is a very ugly winning percentage that is below 40 percent. In fact, none of the 3 seasons have been winning seasons, and the Raiders have missed the playoffs all 3 years. The legendary Al Davis, the former owner of the Raiders, had the very famous motto of, “Just win, baby!” It’s safe to say that Gruden has not lived that motto so far.

In addition to all of the money Davis gave Gruden, he also gave him the power to collaborate with GM Mike Mayock about player personnel decisions. The moves that this tandem has made in these 3 years have been questionable at best. First, they traded away their two best players in Khalil Mack and Amari Cooper. Then they chose the wrong “veteran impact players” such as Antonio Brown and Vontaze Burfict, who provided zero leadership and are no longer with the team.

One of the most puzzling things they have done happened during this current offseason. They released three of their starting offensive lineman from a year ago and traded another away. To make it even worse, the one they traded away, Trent Brown, is a solid tackle who is in the prime of his career at just 27 years old. In return, they received nothing more than a fifth-round draft pick. That is extremely poor value.

Though drafting is a collaborative effort, Gruden has the final say in Las Vegas when making their selection. In his three drafts, the results have been mixed and the strategy seems off. He has reached on several picks and completely missed on others. Last year he selected Henry Ruggs over both Jerry Jeudy and CeeDee Lamb. It’s only been one season but so far that looks to be a big mistake. At least Ruggs has not been a complete failure, he does show some big-play ability, and he is nowhere near the worst pick for Gruden. His list of bad choices when selecting in the top 100 include Damon Arnette, Arden Key, Lynn Bowden, Jonathan Abram, PJ Hall, and Tanner Muse. All of these players clearly qualify as draft busts.

There isn’t much of a case to be made that the Raiders are a better team heading into the 2021 season than they were a year ago. The same can’t be said about the other three teams in the division, and because of this, the AFC West is going to be a major challenge. The Chiefs, who were already not only the best team in the division but in the whole conference as well, improved even further by upgrading their offensive line. The other two teams, the Broncos and the Chargers, have made moves this offseason to improve their roster and provide optimism for the upcoming campaign. It appears that the only team in this division that has not taken a step forward is the Raiders.

On the positive side for Gruden, despite the losing overall record and questionable roster moves, the Raiders record has actually improved each season since he arrived. If that trend were to continue, they should have a winning season this year and would likely make the playoffs. The issues presented by his decisions are going to make that very difficult, but of course, it’s not impossible. Now officially in the middle portion of that long ten-year contract, it’s time for Gruden to prove whether or not he was worth the investment.

Why Jaycee Horn was a great pick
3 reasons why the 49ers could return to a top 5 offense: New RBs arrive
wpDiscuz
0
0
Would love your thoughts, please comment.x
()
x
| Reply