3 reasons why the 49ers could return to a top 5 offense: New RBs arrive 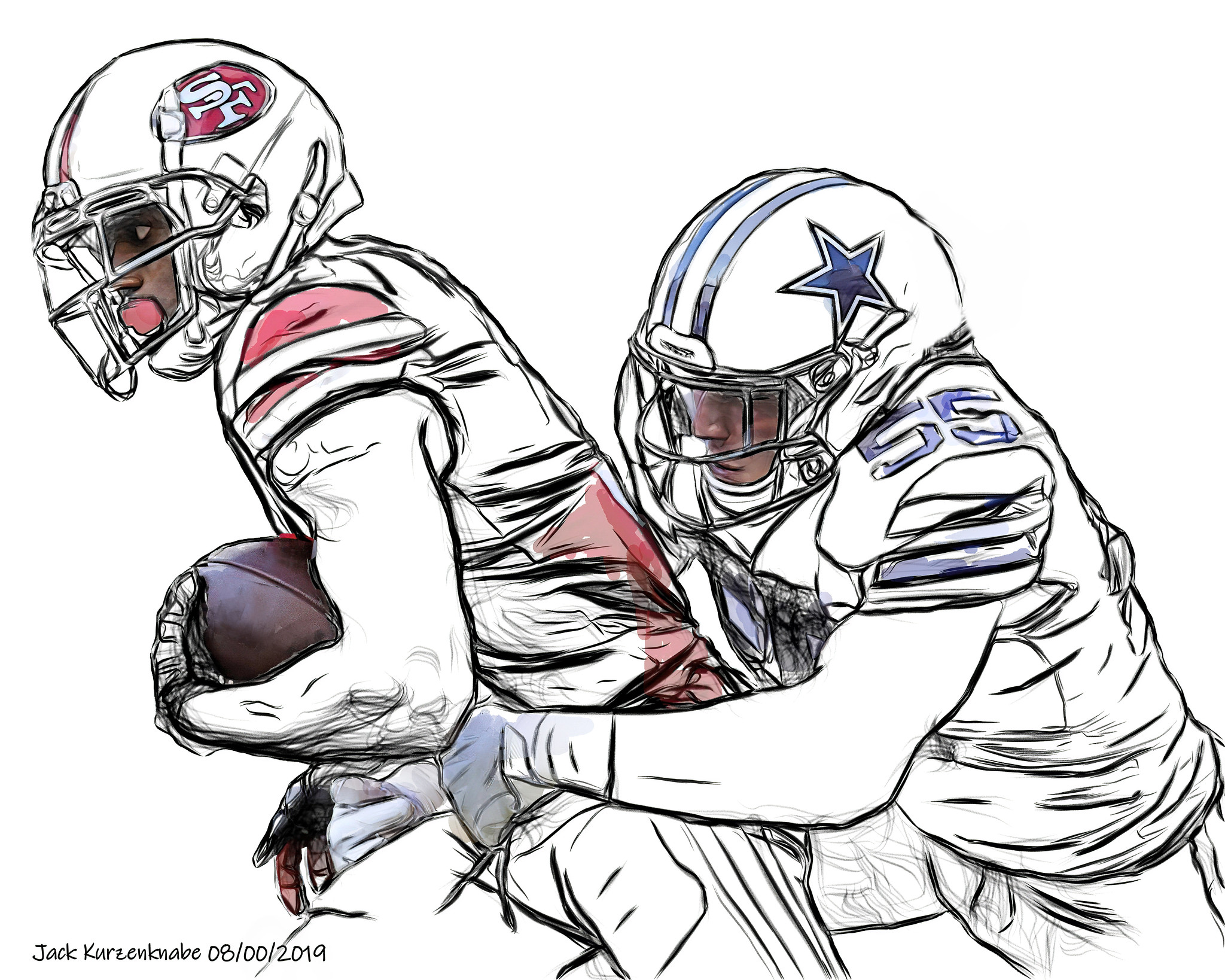 Kyle Shanahan’s offense exited the 2020-2021 season with the 15th ranked offense and question marks presuming key positions on offense. Due to the lackluster offensive display and a fourth-place finish in the division, Shanahan made retooling the offense a high priority in the off-season. Now, at the eclipse of the NFL draft, it’s safe to say the new look offense is a major upgrade over the 2020 version. Not only did Shanny impress the NFL world with his additions to the offensive unit, but I believe he put a spark into the unit that can return it to being Top 5 in the league — as it was in 2019.

Below are three reasons why:

George Kittle, the prolific TE, may have just proved in 2020 he’s one of the most indispensable players in the entire league. Kittle showed his worth to the 49ers when he was standing on the sideline for eight games and their offense was abysmal.

In 2019, Pro Football Focus ranked Kittle the top player in the NFL. So, you may expect serious hurdles when he went down — but nobody would have foreseen the offense looking flat and being a third-down avalanche. Kittle is the key to the run game and pass game. In the past when Kittle went down with an injury, it was revealed that the 49ers YPC went from 4.9 with Kittle in the game, to 3 with him on the sidelines. Kittle flat out demolishes and laughs his way to crushing defenders for the success of the 49ers run game.

In the passing game, Kittle is one of the fastest and “arguably toughest to bring down” skill players in the NFL. Kitlte isn’t just a stat machine, but he also has a knack to making plays at the biggest moments.

It’s hard to ask much more from a tight end than to be an elite run blocker and an elite pass catcher when the player’s team needs it the most.

The ceiling of the offense will rely heavily from explosion on the perimeter. Former rookie Brandon Aiyuk is the most talented wideout and they need the former first round pick to show out next season. Aiyuk missed four games last year, but his 16 game average would’ve been very impressive for a rookie:

It’s also important to point out that Jimmy Garoppolo missed 10 games last season. Aiyuk performed well with one of the worst QB situations in the league. If Aiyuk is being the electric player he is, it will help his QB play beyond his abilities, create more opportunities for George Kittle from the TE position, then ultimately it will help the team in “tough divisional and playoff games”.

Aiyuk simply can be the home run hitter and offer what they need to complement methodical drives and a strong running game.

1991. That was the last time prior to 2021 that the 49ers drafted two RBs in the same draft. Shanahan drafted Trey Sermon AND Elijah Mitchell in the 2021 NFL draft. The 49ers selected Sermon early in the draft (third round), while the 49ers got a steal with Mitchell in the sixth round.

Sermon clocks a 4.58, which isn’t great for a RB, but the 6’1 220 bruising RB will be a good complement to Mostert’s speed. It can be lightning and thunder in the 49ers backfield. Mitchell is an elusive RB that’s been compared to Alvin Kamara. Kamara may be a stretch and Tarik Cohen may be a better comparison, but Mitchell will likely be involved in the passing game and a nice sprinkle as the RB3.

The two rookie RBs will look to make an immediate impact in Kyle Shanahan’s orchestra that likes to be very precise with the running game.

Why Jon Gruden has underperformed since arriving
Washington Football Team would be most “exciting” fit for Aaron Rodgers
wpDiscuz
0
0
Would love your thoughts, please comment.x
()
x
| Reply