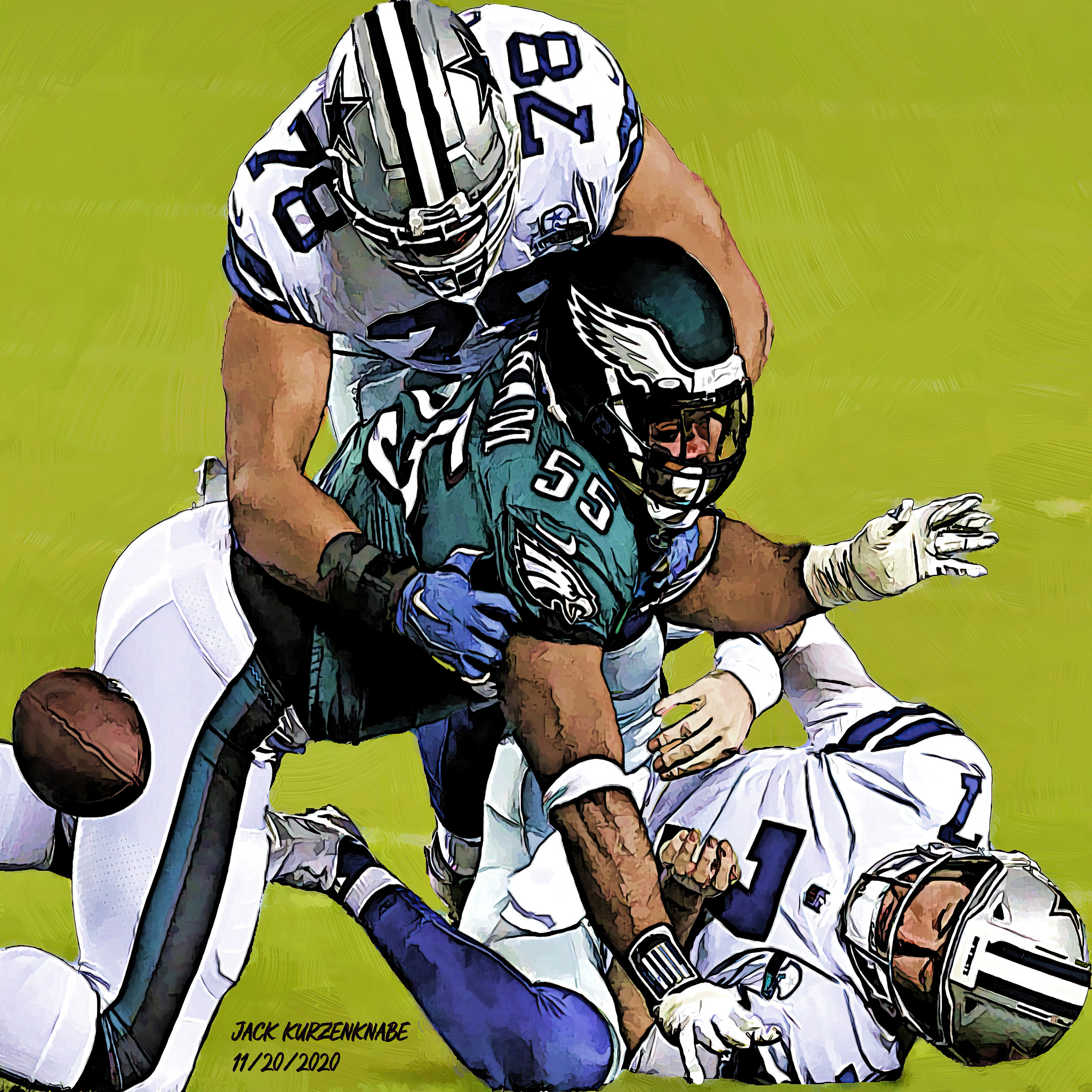 Eagles DC Jonathan Gannon will be a huge help in 2021

The Jim Schwartz era is over in Philadelphia. After five years and one Super Bowl victory with the former Lions Head Coach, Schwartz resigned from his position, stating he would take a year off from football before signing with the Titans as a senior defensive assistant this April. Taking over as defensive coordinator for the new Nick Sirianni led Eagles is his Indianapolis compatriot Jonathan Gannon. Here are three things to expect from the new Jonathan Gannon-led defense.

The look of the Eagles defense in the secondary will change drastically from the Jim Schwartz era. You knew what you were going to get from a Jim Schwartz defense week in and week out. The Eagles ran a ton of cover 1 man coverage, at one point late in the season lining up in the coverage 44% of the time.

Jonathan Gannon comes from a different schematic background than Jim Schwartz. Gannon spent four years in Minnesota as assistant defensive backs and defensive quality control coach, learning from Mike Zimmer. Zimmer primarily played a 4-3 front with a ton of cover 2 zone. Gannon would further familiarize himself with the cover 2 scheme, joining the Colts in 2018 as their cornerbacks coach.

The Colts under defensive coordinator Matt Eberflus have been one of the most cover 2 heavy teams in the league, and while they started to implement more cover 3 concepts into their game plan last year, they still led the league in cover 2 snaps with 29.5%. Look for the Eagles to be a lot more cover 2 zone heavy under Gannon as opposed to the heavy man free defenses of Jim Schwartz. There is a possibility for more varied defenses based on new personnel in the future.

Heavy Use of the Slot Corner

The most important stat the slot corner led the Colts in was defensive snaps. Moore was on the field for 952 snaps, good for 92% of snaps. Pretty much Kenny Moore was always on the field being utilized. Look for the Eagles to try and find their own Kenny Moore, whether it’s using Avonte Maddox in the slot where he belongs, or finding someone else such as 4th round pick Zech McPhearson to claim the role.

Pretty much everything we think we know about Jonathan Gannon’s defense moving forward for the Eagles is all speculation. It’s all educated guesses based on prior knowledge and history with Gannon. A lot of what the new defensive coordinator is expected to do might really happen for the Birds next season, but there is only one thing we know for sure: there will be growing pains.

The Eagles went young with their new coaching staff, with all three new coaches under 40 years old. Both head coach Nick Sirianni and defensive coordinator Jonathan Gannon is going to be calling plays primarily for the first time in their careers. This will be Jonathan Gannon’s first gig as a defensive coordinator, after being a cornerbacks coach for the past three years. There are going to be some up and down moments for the 38-year-old. He has to work out the kinks in a year of growing and development for the Eagles.

Why Dak Prescott is the most Indispensable player in the league
MLB: 5 players to watch in May
wpDiscuz
0
0
Would love your thoughts, please comment.x
()
x
| Reply