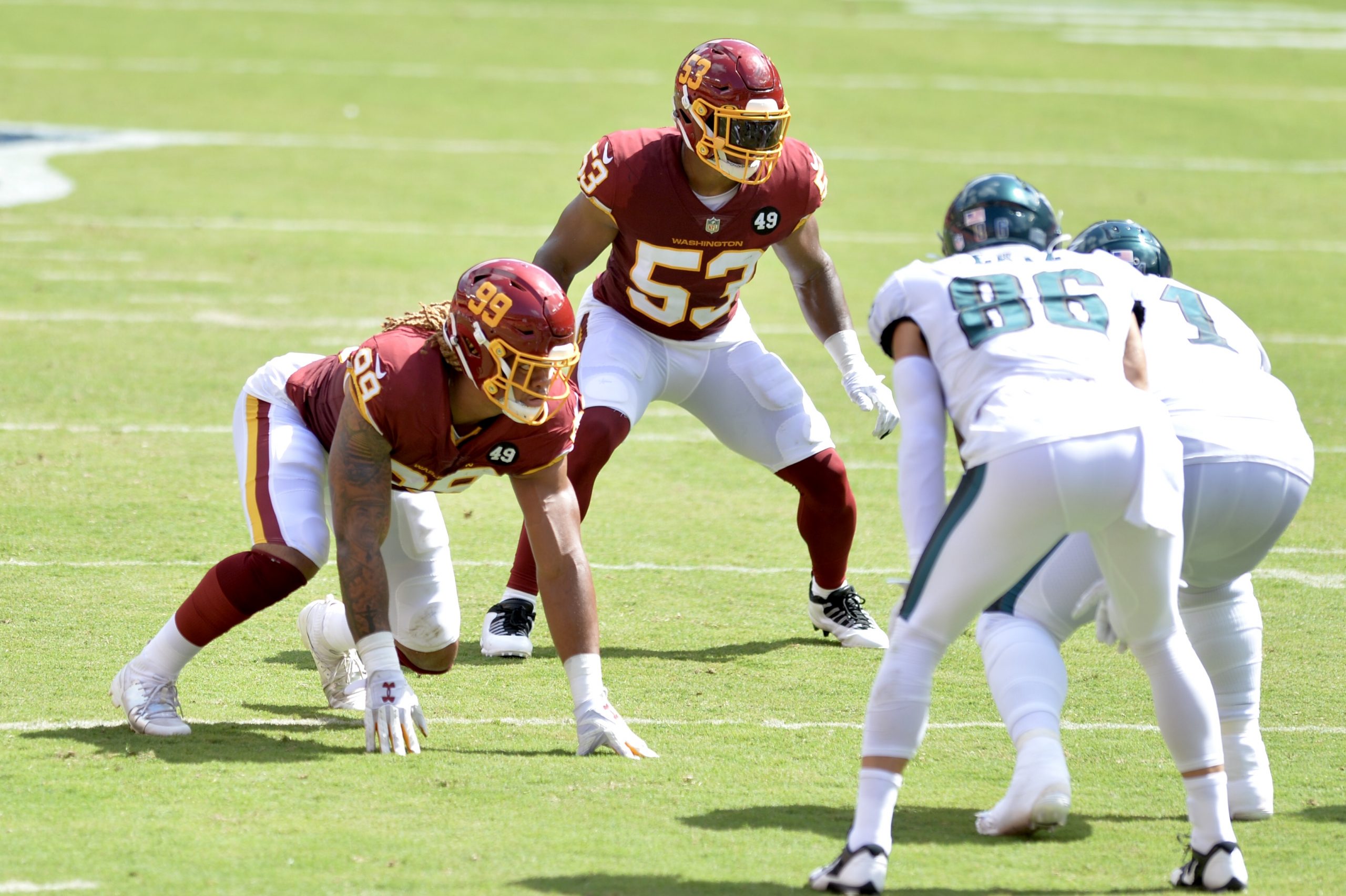 Who should WFT target in free agency?

Teams still need/want to fill holes on both sides of the ball, to add more competition for the team’s next off-season program. Here’s where high experienced NFL free agent veterans that feel like they still have some left in the tank, get a second look.

These players come to training camp and use it as their tryout, hoping it leads to inking contracts of veterans minimums. There are 3 veteran free agents the Washington Football Team should consider adding to mix, with the expectations they should make the 53 man roster.

The former Seattle Seahawk Super Bowl Champion linebacker is looking to play for his tenth year in the league. Yes the Washington Football Team just drafted a linebacker with their first pick of the draft, but they still lack depth at the position. Remember the Thomas Davis signing last season? He didn’t get to see the field much due to injuries, but he was a true leader and mentor for the young defense in that locker room. That is exactly what KJ Wright can provide along with some productivity on the field. Wright started all 16 games for the Seahawks last season, posting 86 combined tackles, and 60 of them were all by himself.

Wright was targeted 66 times and allowed 51 completions for an average of six yards a catch. His coverage stats hide his true athleticism, but the following clip shows he’s capable of dropping back into coverage. This is a trait that became a void on defense Coach Rivera is looking for.

The 31 year old Pro Bowl linebacker can bring great depth to this speedy  group, and quickly inherit the mentor role. The only concern is if Wright is willing to accept the situation role after being a starter just last year. The Washington Football Team signs KJ Wright.

Logan Thomas had a career year last season as the starting tight end for The Washington Football Team. After that, the position became a weak spot on Offensive Coordinator Scott Turner’s versatile offense. Ron Rivera addressed the disparity by drafting TE John Bates in last month’s draft, signing Sammis Reyes,  a former basketball player looking to play football for the first time in his life, and some other players getting ready for training camp.

The Washington Football team needs a solid number two tight end to relieve some of the pressure from Thomas. Trey Burton would be a great option to pair with Logan Thomas, as long as he can stay healthy. He hasn’t played a full season in the past two years due to injuries.

Burton brings great size at 6’3 238 lbs, along with versatility lining up in the wildcat formation often. He is mainly remembered for his time in Philadelphia with the pass to quarterback Nick Foles, executing a trick play known as “The Philly Special” to win a Super Bowl against Tom Brady and the Patriots.

Trey Burton has emerged as a legit red zone threat during his career, adding 14 touchdowns in the past four seasons. He has the skill-set of a true number two tight end, but can also become the number one guy if needed. Burton has spent time with the Philadelphia Eagles, Chicago Bears, and most recently with the Indianapolis Colts.

Although he’s not a flashy big name, Trey Burton is an underrated player when healthy. Also for what it’s worth, he does have a Super Bowl ring and he’s only 29…The Washington Football Team signs Trey Burton.

Ricky Seals-Jones is only 26 years old, but has already played for three organizations in his five year NFL career. He doesn’t have any mind-blowing stats to gloat about, but he does the know the position. It’s unclear as to why he has bounced around so much already but, maybe with the right coach and scheme, Seals-Jones could be a nice asset to the already young Washington Football Team.

Logan Thomas is no veteran at the TE spot by any means, but he could take Seals-Jones under his wing and help him become the player he was at Texas A&M. During his time in Arizona he played a total of 15 games with five starts, and 34 receptions for just a mere 334 yards. His 1 year stint with the Cleveland Browns, Seals-Jones caught only 14 passes for 229 yards, but also had four touchdowns.

So it seems as if given the right opportunity and being guided by The Football Team Tight Ends coach Pete Hoener, who took a former quarterback in Logan Thomas and helped him have a career year at the tight end position last season, the sky is the limit for this young athlete. The Washington Football Team signs Ricky Seals-Jones as their second or third tight end.

These three options could all very well help Washington become the NFC East juggernaut it’s heading to be. Ron Rivera is showing he’s all about young, versatile players that can come in and contribute the right way. KJ Wright is the oldest of these three just at the age of 30, but is the obvious veteran out of this group. Two of these candidates have Super Bowl Champion on their resume, so having deep post season experience can certainly add to the fire of making the postseason last year.

Signing all three would be very possible as well, as long as each player is accustomed to taking a one year, rental or prove it type deal. If they love the game of football, then it’s sign, sealed, and delivered for The Washington Football Team.

Which pass rush duo has the edge: Cleveland or Washington?
Could Joe Flacco really start for the Eagles?
wpDiscuz
0
0
Would love your thoughts, please comment.x
()
x
| Reply