Why the Browns running game can be better in 2021 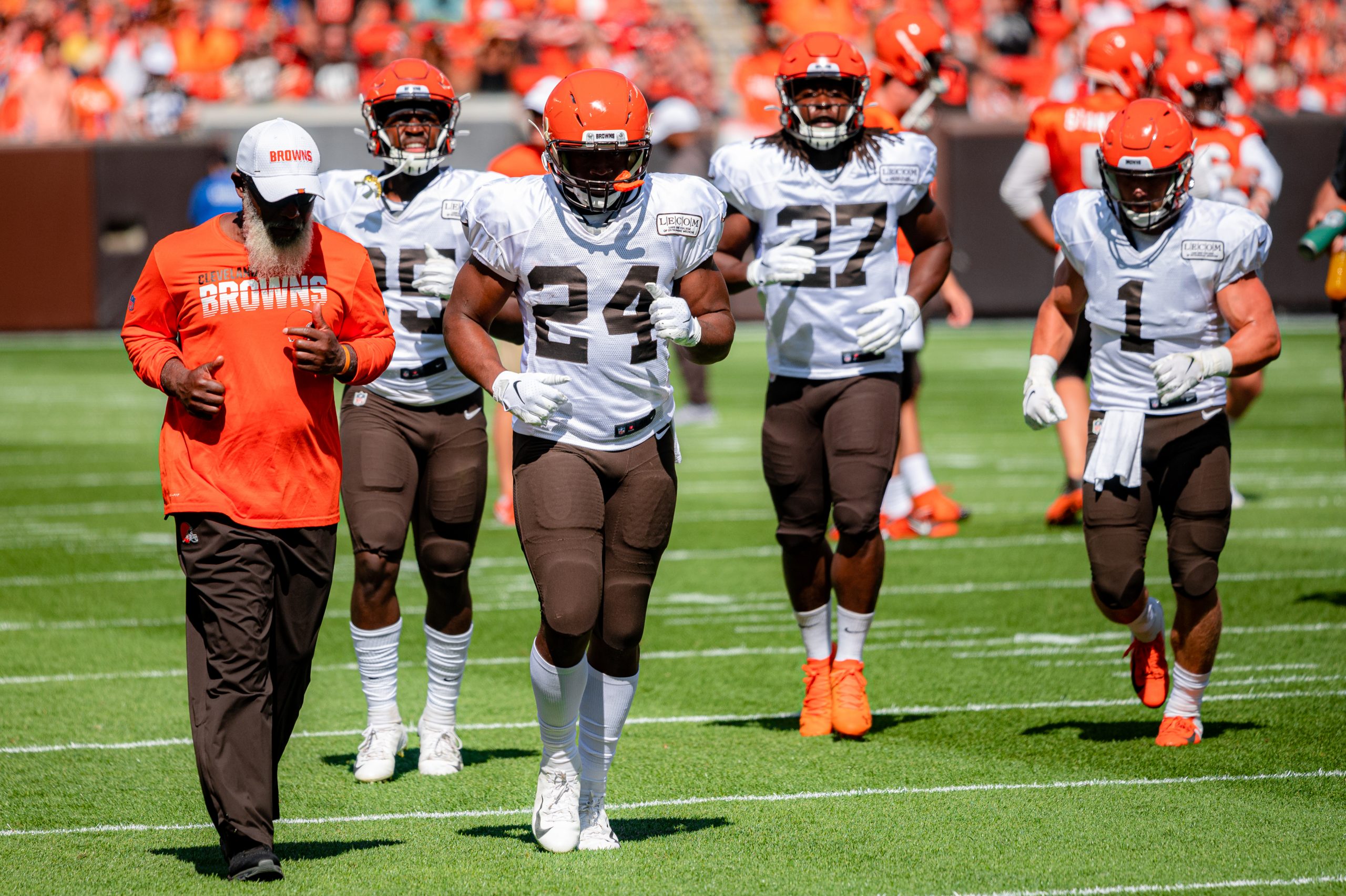 Browns running game is poised to impress in 2021

The Cleveland Browns have had one of the more prominent off seasons in terms of the draft value and a few signings.  However, these moves were primarily on the defensive side of the ball, rather than the offensive side.  In this article though, I will be going over three reasons as to why the Browns running game will be more effective in 2021 compared to before, and why those factors contribute to the running game.

The deep passing attack for Cleveland will be a huge asset in aiding the run game.  Being able to air the ball out down the field keeps the defense honest and forces them to play in a cover scheme just to prevent it.  The return of Odell Beckham Jr. will greatly increase their deep passing attack, as his ability to get open in the intermediate/long range is very impressive.

With Donovan Peoples-Jones coming into his own during Odell’s absence, he should also be used in the deep passing attack or in the slot to open up secondaries.  This will allow Nick Chubb to have less pressure on him at the line and in the front 7 as they may back off with the linebackers, giving him some working room.

This draft pick cannot be understated, despite being a day three pick.  Demetric Felton is a RB/WR hybrid who was extremely good at breaking off plays in the receiving game.  Having Nick Chubb for the in between the tackles running, Kareem Hunt for the outside/sideline running, and Felton for the receiving threat.

This trio of running backs will definitely make for an interesting group come the 2021 season.  Felton will add a dynamic that the Browns have not really had in recent memory, and will take pressure off of Hunt to be a dual purpose back all the time.  Felton averaged 9.7 yards per reception in college, and 7.2 in the season he was listed at running back.  Being able to get over seven yards per reception out of the backfield primarily is extremely impressive, and honestly could be a huge addition to Cleveland’s offense.

Overall, be on the watch out for Demetric in the 2021 season.  If he performs at the level he did in college, or even improves while learning from two premier backs, he could be a force to be reckoned with.

Finally, we have the upgrades they made to their defense, which sounds rather counter-intuitive, but let me explain.  The Browns defense has added a huge deal of defensive players this offseason, all of which will bring some new level of competition to Cleveland.  Just as a short list, here are some of them:

As you can see, the Browns made an absolute overhaul of their defensive unit in the offseason.  The reason this will improve their running game is that this new defense will create more turnovers, allowing the ball to be with the offense significantly more often.  Whether the turnovers come by way of fumbles, interceptions, or just holding the opposing offense to a punt, this will give the ball to the Browns RB group at a higher rate.

Quentin Nelson can be historical at the guard position: The Quest for Canton
3 players the Packers should target in a Rodgers trade
wpDiscuz
0
0
Would love your thoughts, please comment.x
()
x
| Reply