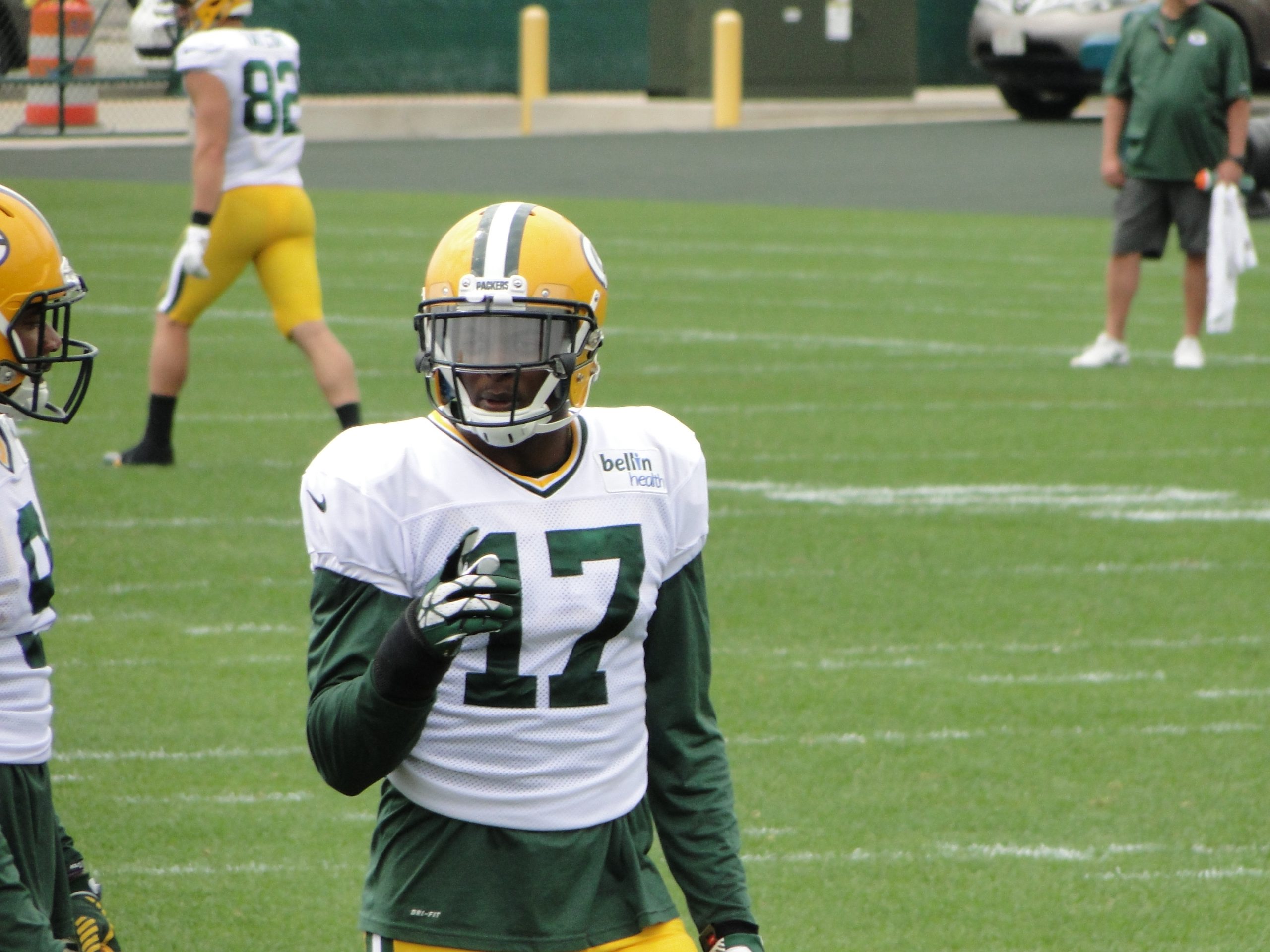 Davante Adams has been one of the best WRs in the league for the past three years now. He’s a target monster and a dangerous red-zone weapon. While the Packers would love to extend Adams as he’s only under contract through 2021, he mentioned on the Colin Cowherd show that if Aaron Rodgers were no longer on the Green Bay Packers that he would have to strongly consider his future. With Rodgers’ future uncertain, it seems that Adams’ future is uncertain. So, let’s consider a future where Rodgers is traded away. Which teams outside of the Packers would be the best fit for Adams? I think the Las Vegas Raiders would be a great fit for Adams, below are a few reasons why.

Davante Adams has a strong relationship with the Raiders’ starting QB.

To start, this needs to be split into two scenarios. Scenario one: Aaron Rodgers stays with the Packers or is traded anywhere besides to the Raiders. In this scenario, Adams has a very strong relationship with his new QB, Derek Carr. Adams and Carr played at Fresno State together for two years and developed a great relationship while there. This relationship exists today and would be a large factor in this scenario. It was rumored that Carr was even attempting to recruit Adams to the Raiders before he signed his last extension. Scenario two: Aaron Rodgers is traded to the Raiders for Derek Carr plus other assets. This is a realistic outcome as Rodgers listed the Raiders as one of his few desired trade locations. The relationship and connection that Rodgers and Adams have is special and doesn’t need much elaboration from me. Adams has said that he wants to continue playing with Rodgers, and I believe he would strongly consider signing with the Raiders if Rodgers ends up there.

The Raiders badly need a WR1.

Amari Cooper was the last true WR1 that the Raiders have had, and he hasn’t been with them since 2018. Darren Waller has filled in admirably, but he is a TE. He’s one of the best TEs in the league, but he’s still a TE. The Raiders are sorely in need of an outside threat who can thrive while facing the competitor’s top CB. It’s fair to say that Adams is one of the few receivers who can seemingly get open at will, no matter the opposing defender. Adding Adams to an already effective offense would make them, at the worst, a top ten offense in the league.

Davante Adams wants to win, and the Raiders are close to being able to provide that.

The Raiders have not been anything special the last few years. They only won 7 games in 2019 and 8 games in 2020, but they are a young and improving roster. The offense had two rookie WRs taking a lot of snaps and the front office has been filling major holes on the defensive side over the last two years. Even without Davante Adams, it appears that the Raiders are a team that is close to competing for a Wild Card playoff spot. Now add Adams to the roster, and you’re looking at a dangerous offense and a legit contender.

A lot is up in the air with Davante Adams at this point, but the Aarong Rodgers saga should be coming to a head soon. With that sorted out, we’ll have a clearer picture of the realistic outcomes for Adams. If it played out with Adams joining the Raiders, they would be a team to watch in the AFC.

Fantasy: 3 WRs to avoid
3 reasons why DK Metcalf can be the next megatron
wpDiscuz
0
0
Would love your thoughts, please comment.x
()
x
| Reply