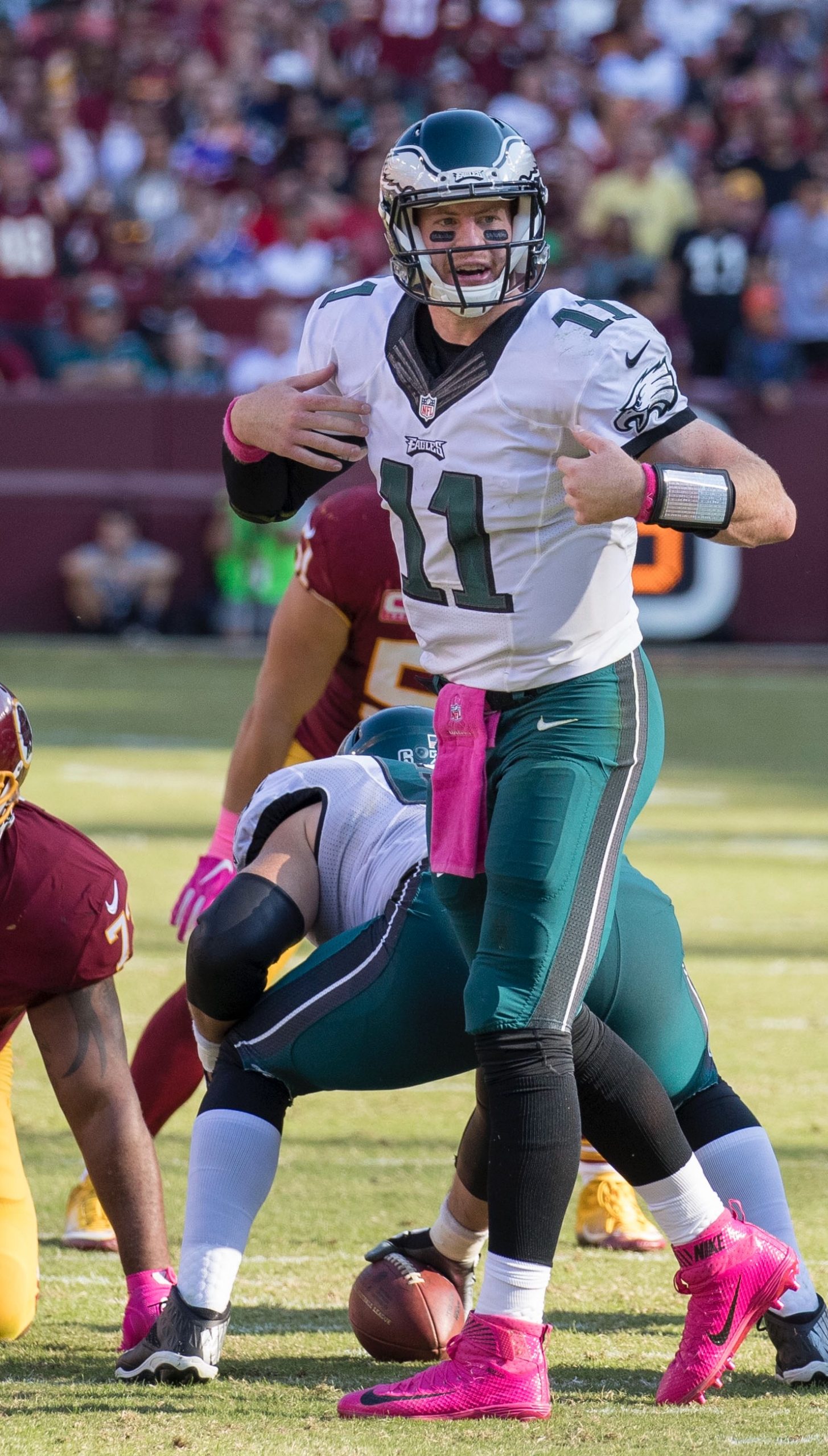 Is Colts Carson Wentz the top QB in AFC South?

Until recent years, the AFC South had been the laughingstock of the league. From 2011 to 2017, teams in the division accounted for a whopping 12 bottom-six finishes in the NFL. However, their fortunes began to change with a surprising run by the Jacksonville Jaguars to the AFC Championship game in 2017, and since then, the division has put two teams into the playoffs each season.

Currently, each team in the division is heading in a positive direction and have been building up youth for future success. After the 2021 offseason, every team is set (for the moment, more on this later) at the quarterback position, with Jacksonville drafting generational prospect Trevor Lawrence with the first pick in the draft and the Colts trading for Eagles signal caller Carson Wentz.

However, despite all the talent at the position and the recent numbers for each of the four quarterbacks, it’s Carson Wentz who stands above the rest in the division. Here’s why.

For starters, Deshaun Watson is clearly the most talented quarterback in the division, as he has shown in recent seasons by putting up huge numbers with not-so-great teams. However, the litigations taken against the young star this offseason have left major questions surrounding his availability for 2021 and beyond. This means that, should Watson not play in 2021, the team will have to shift to journeyman quarterback Tyrod Taylor to lead the offense, who, despite some past success with the Buffalo Bills, is a major downgrade.

Moving on to the Titans, Ryan Tannehill has been a fantastic game manager in the teams run-based offense, and pairs with A.J. Brown to form a good punch in the passing game, combining for 1,075 yards and 11 scores in 2020. However, despite good numbers, Tannehill is nothing more than just that: a game manager. This team is clearly Derrick Henry’s to lead, as the bruising back became just the eighth running back ever to eclipse 2,000 rushing yards in 2020. Should the team need to rely more on Tannehill, my bet is on their opponent, because though Tannehill is good, he has a ceiling that holds him back.

Finally, we get to the top pick in the draft. In Jacksonville, Trevor Lawrence has some weapons at his disposal along the lines of DJ Chark, Marvin Jones Jr, and Laviska Shenault, and will likely be handed a very long leash just based off of his name alone. Despite never playing an NFL snap, it’s easy to see the Clemson product tearing up the league in the future. However, as a rookie joining a team that just finished with a single win in 2020, he’ll have his work cut out for him, so we can’t expect too much immediately. Sporting a pristine 34-2 collegiate record, though, it shouldn’t take more than a year for Lawrence to acclimate.

And so, we are left with Carson Wentz. On paper, Wentz looks like the worst quarterback in the division, not the best. His 2020 season was arguably the worst in the league, in which he threw a career high 15 interceptions to just 16 touchdowns and was benched halfway through the year in favor of rookie second round pick Jalen Hurts. The questions on whether he can return to his past success with Indy are certainly legitimate, and he has much to prove. However, unlike Watson, he’ll be available. Unlike Tannehill, he has a high ceiling. Unlike Lawrence, he has a good team around him and experience.

With a much better offense waiting for him in Indianapolis, Carson Wentz could and should return to his MVP-level play from the Eagles 2017-18 Super Bowl season and is well situated to come out on top of a crowded quarterback competition in the division.

3 reasons Why Teddy Bridgewater could win the QB competition
What a Nick Bosa return means for the 49ers defense
wpDiscuz
0
0
Would love your thoughts, please comment.x
()
x
| Reply