How does Travis Etienne compare to Alvin Kamara? 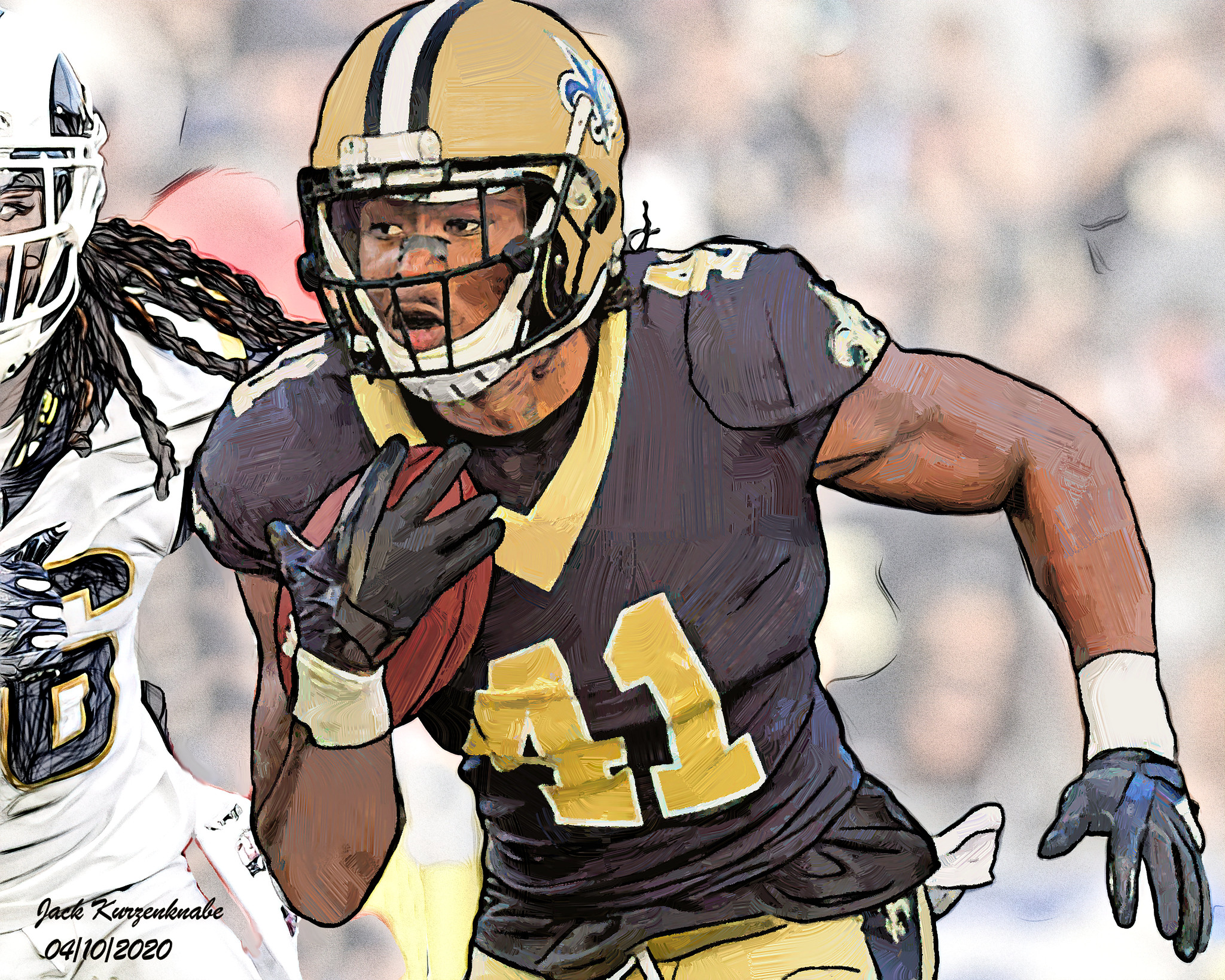 Can Etienne be the next Kamara?

The running back position has seen a drastic change over the years, and they are required to be more complete backs now. Catching the ball out of the backfield, and having a good enough route tree to line up in the slot is a major aspect of being an every-down back.

Alvin Kamara is arguably the best example of that in the NFL right now. He has the strength and size to run it up the middle throughout the game, while having the quickness and route running ability to run numerous different routes, and stay on the field on third down.

Kamara was drafted in 2017, and already has 4 Pro Bowls under his belt. We have yet to see a running back with the unique size and quickness comparable to Kamara since he entered the league, but it seems there is one on the horizon.

Travis Etienne, a first-round pick out of Clemson, is the best comparison we have seen to Kamara. Etienne is poised for a big rookie season on the Jaguars, especially since his quarterback will be his former college teammate, Trevor Lawrence. They already have familiarity with each other and know the strengths and weaknesses of each other’s game.

Etienne and Kamara are the exact same size, at 5’10 and 215 pounds. They play very similar styles, with their patience and explosiveness. Etienne is physical and able to run between the tackles, but has the straight line speed to score on any play.

Etienne is extremely difficult to bring down, and it normally takes at least two defenders to do so. He was able to run a wide array of routes during his final two seasons at Clemson, and showed that he has the ability do that consistently at the next level. He improved as a pass blocker throughout his career as well, which bodes will for his ability to stay on the field on the third down moving forward. Kamara also showed flashes in college of how great of a pass catcher he could be during his tenure in Tennessee.

Urban Meyer will unleash that aspect of Etienne’s game, and it would not be shocking to see him catch 60-70 passes as a rookie. He is the complete package, and his strength and size are reminiscent of Kamara as a college back. Their quickness jumps out on tape and their ability to move in and out of cuts is staggering.

One major difference is Kamara ran a 4.56 40-yard dash, while Etienne ran a 4.32 40-yard dash. That speed is going to translate immediately at the next level, and as long as Etienne can hold his own as a pass blocker, he will be on the field a ton as a rookie. They have other backs in place in Jacksonville, so he will not have to shoulder the load, which gives time to learn and grow.

The biggest similarity between them is the strength and ability to bounce of defenders. They both understand leverage and how to use their size to break tackles on every play. This will be a nightmare for opposing defensive backs when they are put on an island on a swing pass, and try to bring down Etienne. He is in prime position to be Offensive Rookie of the Year, just as Kamara was in 2017.

Etienne shattered the record books during his 4-year career at Clemson. He holds the ACC career record for rushing yards (4,952), total touchdowns (78) and total points (468). Etienne had the luxury of being on one of most the prolific teams in the NCAA all four years. When he stepped on campus as a freshman, it was evident he was the premiere back on the team, while totaling 766 rushing yards and 13 touchdowns, along with 7.2 yards per carry as a true freshman.

This was only the beginning for Etienne, as he went on to rush for for consecutive 1600+ yard seasons with at least 23 total touchdowns as a sophomore and junior. His junior season, Clemson began to use him as a pass catcher and expand on how he can contribute out of the backfield. He had 37 catches, 432 yards and four touchdowns through the air, showing that he can be an every down back. It was clear how special he was and his yards per carry never dipped below 7.2 his first three seasons.

Every player’s statistics and production should have an asterisks by it for the 2020 season, considering the global pandemic was in full force. Etienne is no exception, and this forced him to play only 12 games, as opposed to the 15 games that he played the two seasons prior. His rushing stats took a dip , but he exploded as a receiver and showed his full capabilities. He hauled in 48 catches, 588 receiving yards, two touchdowns and 12.3 yards per catch.

Kamara had very similar production as a receiver during his time in Tennessee. He was primarily used at a pass catcher, but still dominated on the ground. In his two years at Tennessee, he totaled 1,294 rushing yards, 16 rushing touchdowns, 6.2 yards per carry, while catching 74 passes, 683 receiving yards and seven receiving touchdowns. All this production occurred in a 24-game span, and it was clear Kamara was a diamond in the rough, and if he totaled the same amount of games as Etienne did in college, their statistics could be identical.

The similarities between Etienne and Kamara are uncanny, but being drafted into the right organization plays a major role in how successful the player can be. Kamara was drafted into the perfect situation, with no lofty expectations as a third rounder, and going to one of the most genius offensive minds in Sean Payton, and future Hall of Fame quarterback, Drew Brees. Etienne is going to a first time NFL head coach, Urban Meyer, and an organization that does not have much of a history of winning. For the Jaguars sake, hopefully Etienne paired with Lawrence can provide them with hope for the future, because their talent is undeniable.