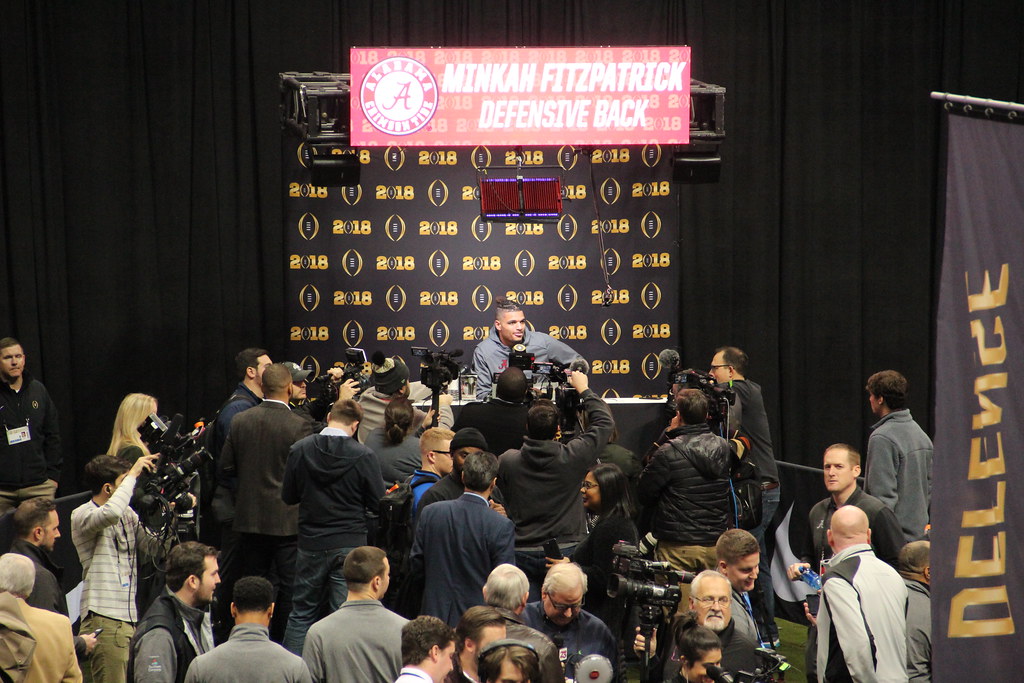 The annual NFL awards are always exciting. One of the most interesting each year is the Defensive Player of the Year award. Over the last four seasons, it has also come to be known as the Aaron Donald award. The Los Angeles Rams’ defensive tackle has won three out of the last four awards.

I do not believe anyone would bat an eye if he were to take home a fourth this season. However, Donald is not the player I want to talk about today. Pittsburgh Steeler safety, Minkah Fitzpatrick, is just 24 years old and already he has received First-team All-Pro accolades twice in the first three years of his career. What would it take for him to add to DPOY to his trophy case?

To answer that question, I felt it prudent to look to history. The award was first given out 50 years ago in 1971. A safety has won only four times in that span. Dick Anderson became the first in 1973, followed by Kenny Easley in 1984, Ed Reed in 2004, and Troy Polamalu in 2010. Polamalu, the most recent safety to take home the trophy did so by accumulating seven interceptions to go along with 11 passes defended, one fumble recovery, one sack, two QB hits, one touchdown, and 69 total tackles, six of them for losses.

He was a disrupter, all over the field, in order to be named the league’s best defensive player. Fortunately, for Fitzpatrick, his style has him all over the field, as well. As a strong safety, Polamalu frequently played close to the line of scrimmage, and was used in a pass rushing capacity.

Steelers’ defensive coordinator, Dick LeBeau would draw up blitzes allowing Polamalu to use his speed to get after the quarterback. Often times, he would crowd close to the offensive line, threatening to blitz before ultimately dropping back in coverage. It was a technique that created confusion for quarterbacks and occasionally helped lead to his interceptions of pass deflections.

Fitzpatrick plays free safety and is rarely used to blitz the quarterback. He has only one QB hit in his career and four tackles for loss. Lacking opportunity to make plays in the opponents’ backfield, Fitzpatrick will have to meet a specific criteria to be in the running for DPOY.

He will need to establish a new personal best in interceptions. To date, Fitzpatrick has topped out at five picks in 2019. He has scored one touchdown in each if his first three seasons, a pace he will need to continue or improve upon to take home the honors. Averaging 76 total tackles each year is a solid number for a safety, but increasing that total will definitely attract some attention his way. Remarkably fast, Fitzpatrick still does not quite match up to the astonishing foot speed of Polamalu.

Yet, if the Steelers find a way to utilize his speed to diversify their pass rush, Fitzpatrick’s appeal for individual honors is bound to increase, especially if he can record his first career sack. In short, it will take a Herculean effort from Fitzpatrick to compete for the league’s highest defensive honor. Still, as one of the league’s premier safeties, it is hard to count him out. Whether he holds the trophy at year’s end or not, it is safe to say we can expect another big season from this emerging superstar.