Why keeping Zach Ertz might not be the worst idea 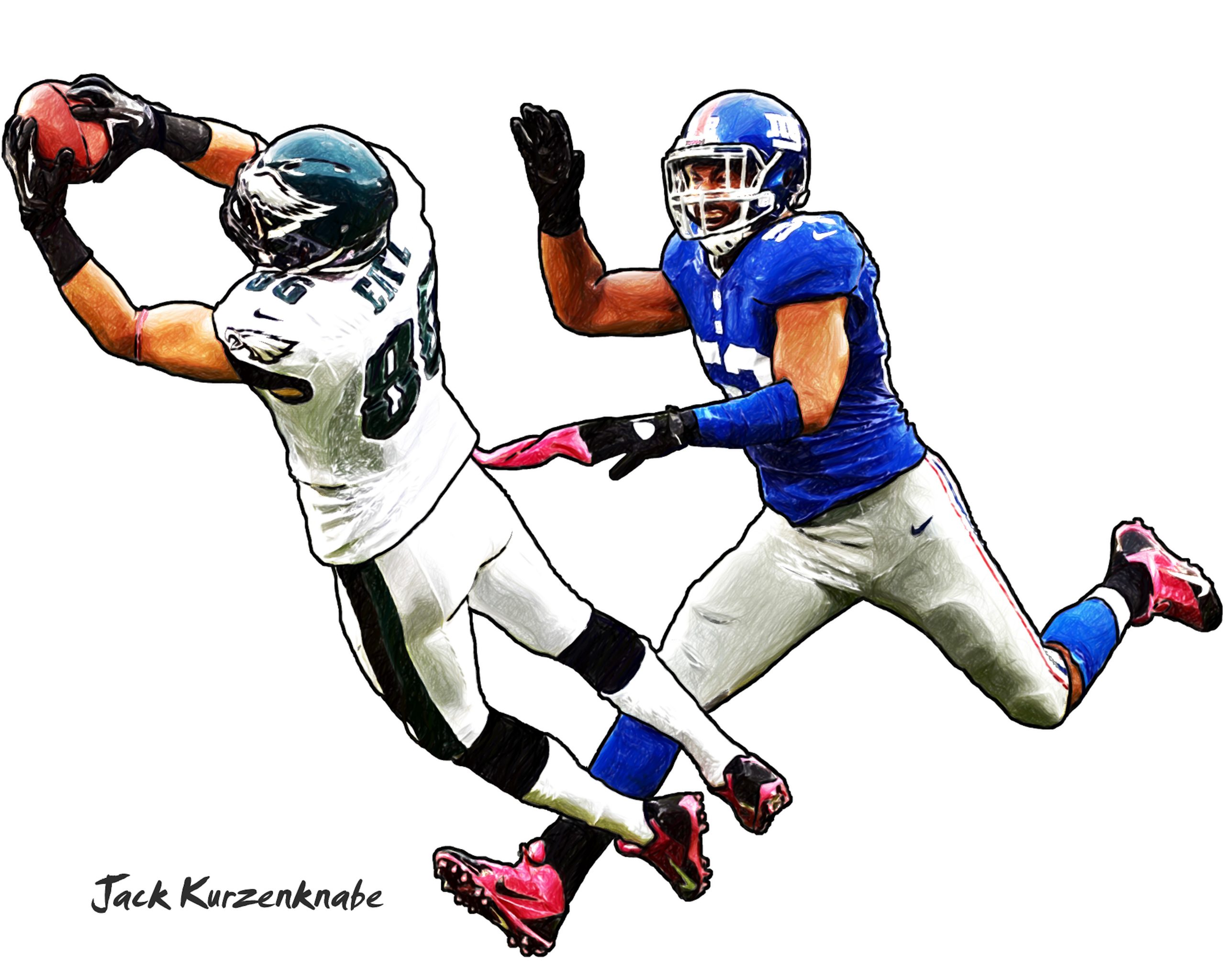 Who would’ve thought just a short few years ago that the Eagles would be in this situation with Zach Ertz? Ertz seemed like a guy that would do midnight green for the rest of his career, retiring to the adulation of the fans for who he won a Super Bowl. Just like with his quarterback Carson Wentz, the situation rapidly deteriorated over the past two years.

The squabble between the team and Ertz started with what seemed to be a minor contract dispute, a minor dispute that has snowballed into a seemingly inevitable divorce. It seemed as though that separation was going to happen at the beginning of last year, with the internal problems becoming public at the beginning of the season.

The two sides managed to delay the contract talks another year, with Ertz focusing on the game last year. With Ertz coming off his career, those contract talks now just trade talks. The divorce seems inevitable, many expecting Ertz to never suit up for the Eagles again after last season. What if the separation doesn’t happen quite just yet. What if Ertz was willing to play one more season for the Eagles, just as he did last season?

Of course, if the situation with Ertz is at that level of toxicity that you have to remove him, you do so. If not, why not just keep Zach Ertz?

Every young quarterback needs a reliable go-to target, especially early in their career. As they’re still going through their growing pains, having a weapon that can consistently get it done is a blessing. Zach Ertz might never be the player he was in his prime. He might not be a guy who can be counted on to haul in 100 passes or be the top 3 tight ends he was for the Eagles in his prime. What Ertz can be is a solid, reliable pair of hands who can work off of some dynamic weapons in Devonta Smith and Dallas Goedert. He can continue to be the safety valve for the Eagles and young Jalen Hurts.

The logic of having to trade Zach Ertz while you still have a chance do does make some sense. Zach Ertz has only one year left on his deal. After this season he is free to leave and negotiate with teams on his own terms. Sure he will be a year older and maybe the market won’t be the best for him, but he will have the ultimate final say in the next Post-Philadelphia chapter of his career. For the Eagles though, they would get nothing. Ertz walks and goes to another team, and Philadelphia receives nothing in return for their fan-favorite tight end.

Conventional logic states that the Eagles would be fools not to try and get something for Ertz now. Unless they were bringing him back, they would’ve already penned a new deal by now, they should try getting something in a trade for Ertz.

What are the Eagles realistically going to get in return though? Zach Ertz will be turning 31 this year? He’s starting the downturn of his career. Last season after pretty much betting on himself to earn a contract that would pay him like an elite tight end, he had the worst season of his career. In 11 games, Ertz only managed to put up 335 receiving yards and a single touchdown. He’s aging, coming off the worst year of his career, is pretty much known at this point to want to move on from Philadelphia, and only has a year left on his contract. Any team that wants him can get him next year in free agency, giving up no assets.

If the situation isn’t as dire as made out to be in the media, and Ertz would be willing to gut it out one more season, his value as an experienced player who’s won a Super Bowl and can be a reliable target for Jalen Hurts is greater than whatever late-round pick the Eagles can get in return.

Vic Fangio is the future for the Denver Broncos
QBs to trade away in Dynasty Fantasy Football
wpDiscuz
0
0
Would love your thoughts, please comment.x
()
x
| Reply