3 TEs To Trade For In Dynasty 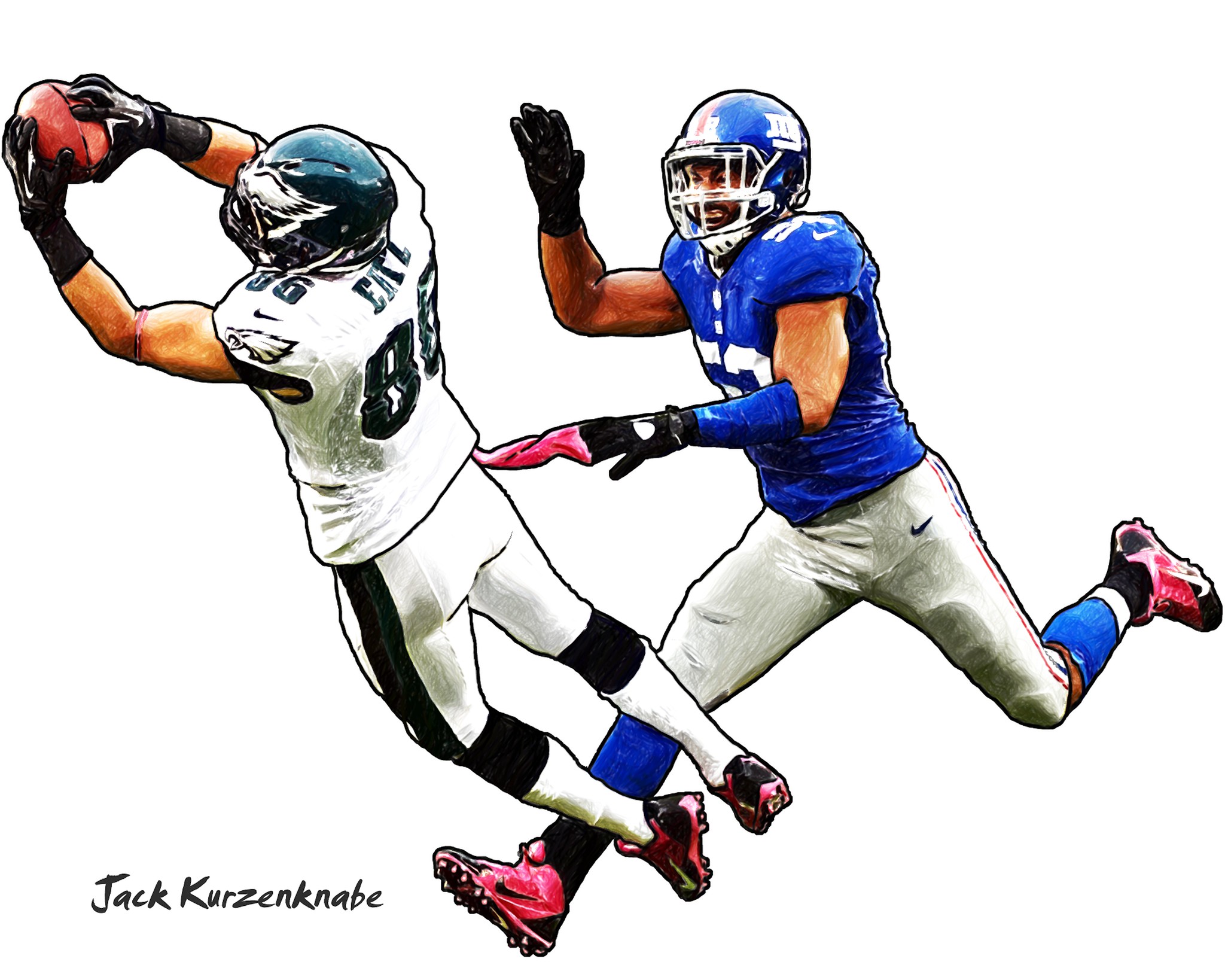 When looking at tight end rankings in fantasy football you will find it’s a dim look after the top three to four players.  Rankings are all over the place and you can just as easily make an argument that one guy’s fifteenth ranked tight end could be another guy’s fifth-ranked tight end.

If you’re reading this article it’s likely that you don’t own one of the top three guys so the most important thing for me when deciding to trade for a player is to find value.  I rarely ever go after a player and give a team a king’s ransom.  I like to look for players that can be scooped up for a value.  Below you will find three players that I believe are currently a value at the tight end position.

The first player on this list is Dallas Goedert.  While Goedert certainly will come with a cost I think his current situation makes him a value.  Many people are worried about the long-term future of the Eagles quarterback situation and that they are likely to be a run first team this year.  The team also just drafted wide receivers in the first round of back to back drafts (Jalen Reagor and Devonta Smith) and Zach Ertz is still on the roster.  All of these things bring uncertainty however one thing is for certain and that is Goedert is a heck of a player.  I believe Ertz will be traded or cut soon and there are rumors that the Eagles are after Deshaun Watson.  Whether the Watson rumors are fact or fiction doesn’t change a lot for me.  I happen to be a firm believer in Jalen Hurts talent and while he is definitely not at Watson’s level I think Hurts can be a solid starting quarterback in the NFL.  The Eagles have also shown in the past that they will be aggressive in acquiring talent so if Hurts doesn’t work out I have no doubt they will find another quarterback.  Goedert will also be a free agent after this season so he could just as easily sign with another team this offseason.  Imagine if Goedert were to leave via free agency next season and sign with a team like Seattle, Buffalo or the LA Chargers.  Goedert may not be a top five tight end this season but if you’re playing in dynasty he has all the tools to be a consistent top ten player year in and year out and his value is likely to never be lower than it is right now.

Another tight end that I believe is at a great value right now is Jonnu Smith.  Smith flashed quite a bit early last season before falling out of the game plan in Tennessee.  Smith has a ton of talent and is special with the ball in his hands.  I think a lot of people are concerned about Smith because he and Hunter Henry both signed with New England this offseason, however that is exactly why I like him even more.  New England has shown the dedication and willingness to involve the tight end in the offense and they have proven experience with running two tight end formations and were extremely successful in doing so.  I believe that Smith will play the Hernandez role while Henry will play the Gronk role.  I know that analogy doesn’t seem to make the case for Smith as much as it does for Henry but my point is both tight ends were special in that offense and I think Smith will be the big play vertical guy while Henry will be the more inline blocker and middle of the field guy.  Also, take into consideration that New England does not have a bonafide top wide receiver on the roster that will demand ten plus targets a game.  Smith and Henry can also both be special regardless of which quarterback plays.  Cam likes to throw to the big-bodied players which is great for both Smith and Henry and if Cam’s accuracy really is as bad as what we saw last season he isn’t likely to sling it to the outside as much which means he will be looking for the dump-offs which just happens to be what Smith excels at.  If Mac Jones comes in at some point this also should work out well for Smith.  Rookie quarterbacks tend to lean on the tight end position to serve as a security blanket and Jones would have two of them. I think New England would then build the offense to get the ball out of Jones’s hands quickly, something that he’s great at, and again that works out well for Smith with screens, dump-offs, and slants.  Regardless of Henry or which quarterback plays, Smith is destined to be involved in the offense and he has the talent to succeed and you may not get a better time to buy than now.

I have been pounding the table all offseason to buy this next guy because his value has taken such a hit that he is an incredible value and that guy is Zach Ertz.  Look I don’t expect Ertz to be a top-three tight end this season but I do expect him to be a top ten guy and likely more in the five to seven range.  Although Ertz hasn’t yet been traded or released I think the time is coming and will happen before the season starts.  Philadelphia needs to move on both for cap space as well as to let Goedert out of his cage.  I expect Ertz to land with a team like Buffalo or Indianapolis and I believe he would be a focal point of either offense.  If he did join Indianapolis he would also be reunited with his old quarterback, Carson Wentz and we know that they already have a connection.  By all accounts, Ertz is now healthy and you better believe he will be ready to prove that he still has it.  It feels like the consensus in the fantasy community is that Ertz is washed up but the guy is just thirty years old and only one year removed from an 88 catch season.  The talent is still there and if a zip code change is in store you better believe there will be a chip on his shoulder this season.

If you’re shopping for a tight end this offseason these are three great players to buy if you can get good value from their current owner and while there are other tight ends out there that I like, I believe these three may be at the best bargains.  Good luck on your search and remember to always buy at a value!

Why the Patriots defense will return to being elite in 2021
Why Saquon Barkley is a top five running back
wpDiscuz
0
0
Would love your thoughts, please comment.x
()
x
| Reply