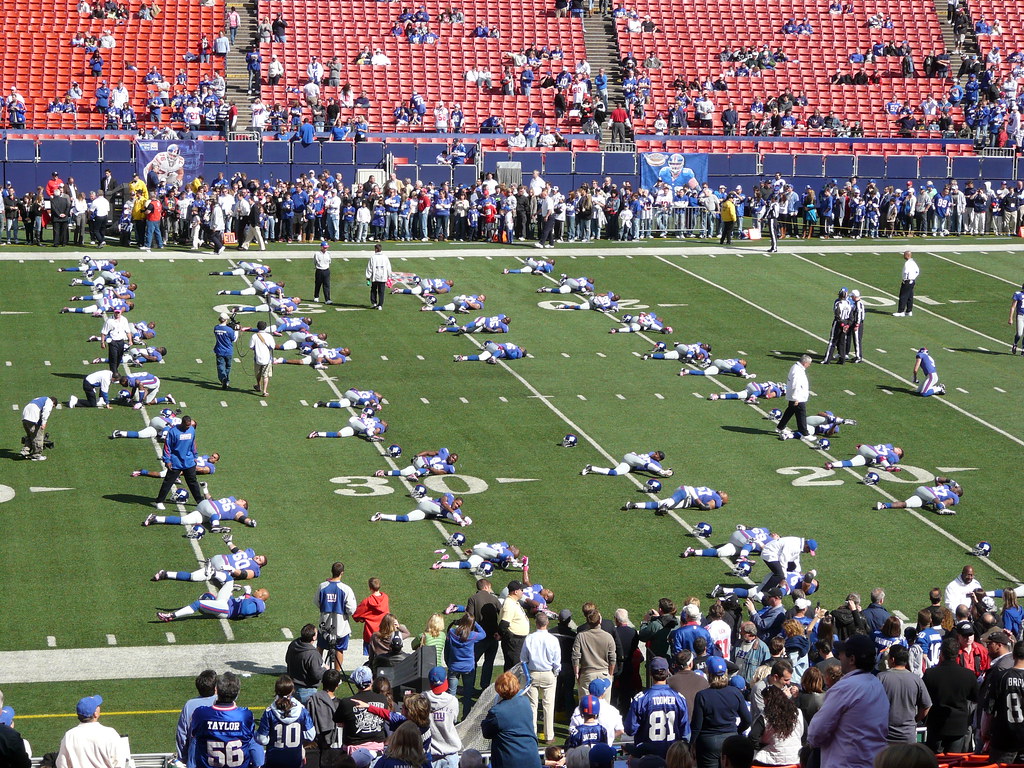 Giants training camp is off to an excellent start

Joe Judge’s hire during the 2020 offseason shocked many fans. His emphasis on the basics of football, including proper preparation like sound tackling and lots of cardio, was the antithesis of the modern NFL. While coaches like Kliff Kingsbury run their teams more like colleges, Judge is staunchly an old-school football guy. During his first training camp, he tried out stars like Saquon Barkley as a punt returner and had any player that made a mistake (including Barkley) run laps as punishment.

However, Judge eventually endeared himself to Giants’ fans through his participation in drills, like jumping in mud to recover a fumble to demonstrate the proper form. This year, there is still a lot to be discovered during Giants’ camp, but we know a few key focal points already.

Joe Judge, like most of his Patriots’ predecessors, wants his team to be in shape. During his interviews this week, Judge spoke about why conditioning can help win games. The Giants’ coach explained that anyone can play their best ball for the first few minutes of a game, but it becomes much more difficult during the fourth quarter. Judge preaches that the team will not practice anything that will not make them better during regular-season games. Veterans like Sterling Shepard have already come out in support of their rigorous conditioning program. Shepard felt that there were times last year late in games where he had an extra gear that was absent in prior seasons.

The Biggest story from training camp so far comes in the (large) form of Kelvin Benjamin. The Giants’ current general manager drafted Benjamin with the 28th selection of the 2014 NFL draft. During his rookie season, Benjamin won rookie of the year. Since then, Kelvin’s career has been a disappointment.

The Giants brought in Benjamin as a tight end for camp. Benjamin came into minicamp a few weeks ago weighing 265 pounds. Judge and the Giants reportedly told me to cut his weight down to 251 pounds for training camp. Though Benjamin passed the conditioning tests today, he weighed a whopping 268 pounds. Benjamin claimed that the weight change came from added muscle. To Judge, the added muscle could not be more irrelevant. Coach Judge told Benjamin to hit a goal, and Benjamin completely failed. Judge confronted Benjamin during practice on the 28th and he was released that afternoon. After the practice, Kelvin spoke to certain media members and voiced his displeasure for Judge, though it came across more like a series of baseless complaints than an actual critique of Judge’s style.

Rookies need to earn their spots

The Giants’ 2021 draft class could play a crucial role in their 2021 playoff quest, but it will not be easy for them to see the field. 1st round pick Kadarius Toney recently tested positive for COVID-19, meaning he may have even more trouble acclimating to the league. Toney tested out of the COVID-19 list, but Judge said he would be eased into practices. Toney will need to work tremendously hard to see starting work in three-wide receiver sets, as the Giants’ core of Kenny Golladay, Sterling Shepard, and Darius Slayton remains strong. Toney will see schemed-up touches like screens and pitches, but anything more than that is wishful thinking early on.