Welcome Back to Fantasy Football: how to master redraft 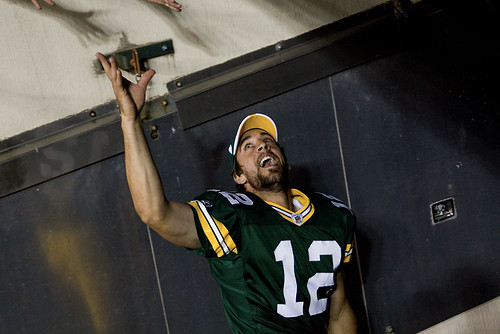 Fantasy football is back

With training camps kicking off this week, it’s officially the week we welcome back football. In particular, people start focusing on fantasy football again. I know for us degenerates, that may sound odd, but only a tiny slice of the fantasy players participate in year-round dynasty or devy leagues. So I am here to give you a rundown of the pitfalls and traps to avoid as we transition to redraft season.

Hype Videos are strictly that.

While it is great to see a video of a player you read about on Twitter make a spectacular catch or run. You need to take these videos with a grain of salt. Let’s take the video of Rhamondre Stevenson below as an example.

After seeing this video of a rookie back running over a defender, you will likely want to go out, and draft said player. However, I would pump the breaks, as you only get a portion of the picture on that player. What you miss from this video is the Patriots Running Back Coach Ivan Fears one day later saying Stevenson needs to improve everywhere. Also saying he would spend most of the time on the bench this season. Do you see how relying only on the highlight video gives you an unrealistic one-sided look at the player for the upcoming season?

While I love the hype videos, make sure you see the context surrounding that player before you reach for a player because you saw him making a diving catch during training camp.

What’s The Players Worth?

Two things carry more weight than anything else in the NFL. Draft Capital and players contracts. Here’s looking to you, N’Keal Harry. It is so important because it gives players a longer leash to establish themselves with the team. Take, for instance, Kenneth Gainwell out of Memphis. The fifth-round pick has no guarantees of seeing a relevant role this year. Austin Ekeler, the player Gainwell continually comped to due to his role in San Diego, saw only an 18% snap share and accumulated 106 fantasy points as a rookie. Hundreds of rookies have faceplanted for every James Robinson that hits (who was a waiver wire pickup last year). Betting on rookies without premium draft capital is a losing bet.

On the flip side, apply this strategy to veterans involving cheap contracts. Again, Mike Davis and Jamaal Williams come to mind. Both players are on lower-level running back contracts, and a team will have zero issues moving on from them if someone such as Qadree Ollison or Jermar Jefferson is to outperform them early in the season. In addition, teams with veterans on these lower-level deals make them expendable, as they are easily replaceable due to the lack of cap implications. Other names that should fall under consideration are Mark Ingram, Marlon Mack, John Ross, Gio Bernard. If you invested in these players, keep an eye on them throughout camp, as the team will give you a good indication of how they feel these players early in the year.

Extrapolating on small sample sizes gets others into trouble every year. Let me give you a couple of examples of how this strategy leads us all astray. I remember a few names, such as how Tyler Higbee finished the 2019 season, Dak Prescott’s red hot start to last year, how David Montgomery finished the season, or how Travis Fulgham was a midseason darling? These narratives lead to flawed processes, which then lead to bad decisions from fantasy managers. In each scenario listed above, overreacting to the small sample size was and is a broken process.

For example, Tyler Higbee was the most divisive of the bunch. During his final five weeks in 2019, Higbee caught lightning in a bottle. He faced the four worst defenses against tight ends in those five weeks. In addition, his snaps and routes ran received a massive spike during those five weeks due to an offensive scheme change. Steering Higbee to the most incredible five-game stretch by a tight end in history. Higbee jumped to TE7 in ADP, and you know how the rest of the story went for him in 2020. With each other player, there is hindsight analysis that we can apply to each situation. If you pay attention to the correct details, you will notice outlier moments for those players. Dak Prescott was on pace to throw 700+ times, which would rank him 2nd all-time in NFL history. 595 pass attempts were his career-high.

David Montgomery played a cakewalk schedule down the stretch and had zero competition for touches in the backfield. Travis Fulgham had no competition during his five-week explosion. However, as soon as Alshon Jeffery returned, he faded back to oblivion.

The simple question you should ask yourself when looking for a breakout is what role players can earn? I will give my wide receivers and running back strategy as my example for breakout players. There is a drastic difference in the range of outcomes when talking about Laviska Shenault and Mike Williams. Shenault is in an offense with no obvious alpha, whereas Williams is competing with Keenan Allen. One player has a higher ceiling than the other due to the players surrounding them in that offense. If there is an established elite wide receiver, then I will likely look elsewhere when targeting similar players. The upside is what we all chase in fantasy football, as you want players who will make a weekly impact in your lineup. Finding the alphas or the WR1 in the passing attacks of the Steelers, Jaguars, Ravens, Jets, Colts is how you build value later in drafts.

Running backs are much more challenging to determine breakouts, as they can fall into a coach’s doghouse, or the skillset does not match up to the running scheme, such as the inability to pass protect keeping a running back out of passing downs. BTW, scheme and talent are much more critical mesh than they are at wide receiver. Therefore, when targeting a breakout running back, you want those in a crowded backfield with the uncertainty that can be a weapon in the passing game. Based on the traits above, would you instead target Damien Harris or Chase Edmonds? How about Michael Carter or Ronald Jones?

I hope this article allows you to avoid some of the pitfalls teams fall for each year. If you do that, you will gain an edge on the rest of your league.

Why the Tennessee Titans can upend the Kansas City Chiefs
Which 3 Saints offseason signings are the most influential to the roster?
wpDiscuz
0
0
Would love your thoughts, please comment.x
()
x
| Reply