Why the Tennessee Titans can upend the Kansas City Chiefs 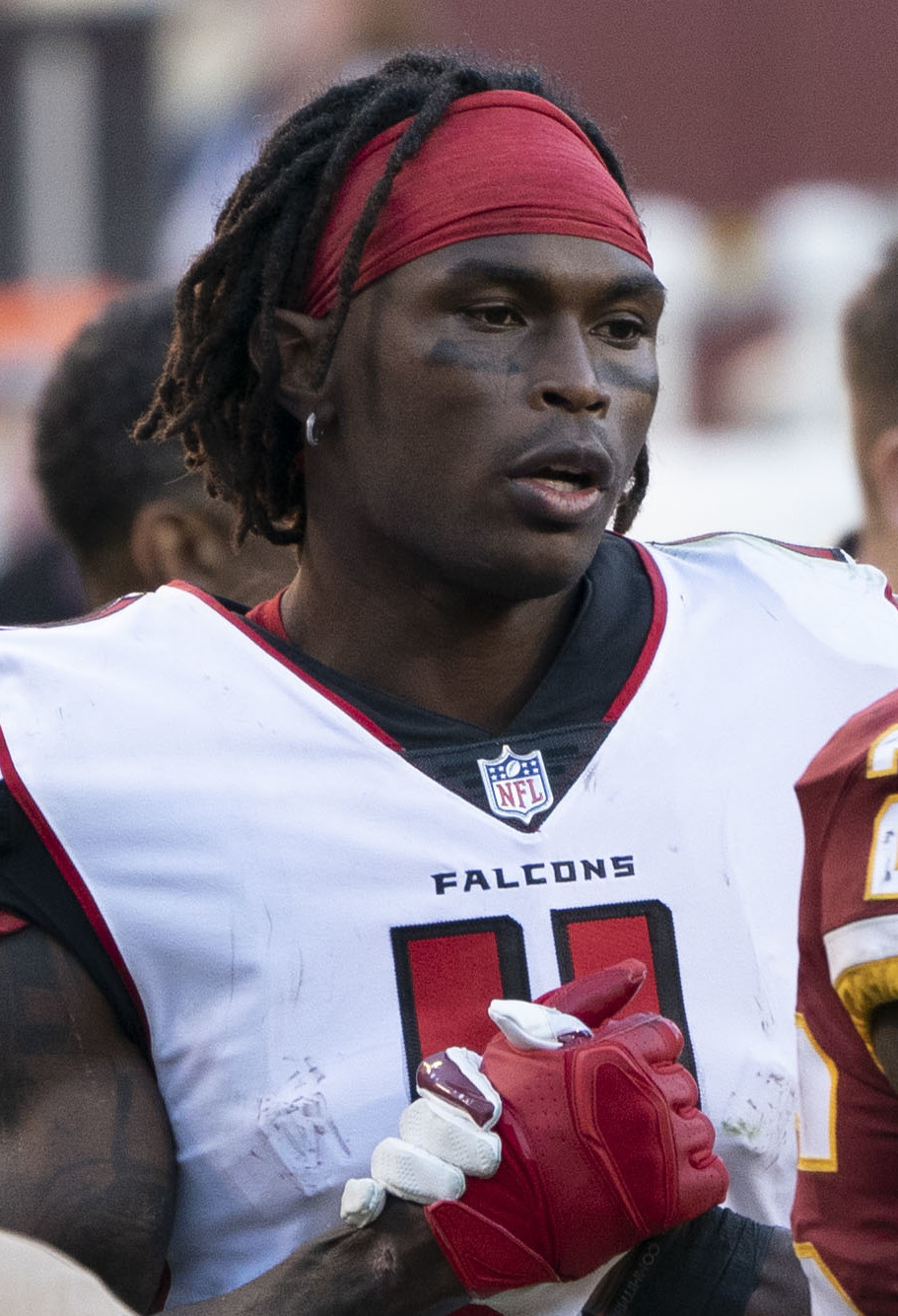 Not too long ago the Tennessee Titans came within eleven points from completing their Cinderella story, defeating the Kansas City Chiefs in the AFC Championship, and making the Super Bowl. Instead, the Chiefs went on to defeat the San Fransisco 49ers in Super Bowl LIV and representing the AFC in the Super Bowl this past season. At this point, Kansas City appears to be the odds on favorite to win the AFC and appear in the Super Bowl for the third year in a row. However, the Tennessee Titans may have the best chance of making sure that doesn’t happen. Here is why the Chiefs should be considered with the Titans more than any other team in the AFC.

It wouldn’t be shocking if Tennessee finished the season as the league’s number one offense. It would be extremely shocking if they finished outside the top-10. The Titans not only have the back-to-back rushing champion in Derrick Henry but they also have two Pro Bowl-caliber receivers in A.J. Brown and Julio Jones. The Titans acquired Jones from the Atlanta Falcons after the draft for a 2022 second-round pick. He is not only a replacement for Corey Davis, who signed with the Jets in free agency, he is a major upgrade. If the Titans’ three offensive playmakers stay healthy they should be able to rack up 1,000+ yards rushing/receiving.

It is fair to say that the Titans have passed the Chiefs as the team with the best offensive skill players. The Chiefs along with the Dallas Cowboys, Green Bay Packers, Minnesota Vikings, New Orleans Saints, and Tampa Bay Buccaneers have two offensive skill players on their roster that are capable of being named All-Pro at the end of the year. The Titans are not only the only other team in the AFC in that category but are the only team with three players capable of being named All-Pro at the end of the year. Kansas City hasn’t played a team with as much if not more firepower as them in the Patrick Mahomes era. That will change this season when the two meet in Week 7. The Chiefs’ defense features a few great players like Chris Jones, Tyrann Mathieu, and Frank Clark. However at best they are middle of the pack and do not have enough talent on that side of the ball to minimize the production of all three.

Ability to control the clock

The Super Bowl this past year exposed the weaknesses that the Kansas City Chiefs had not exposed to the rest of the league the last few years. The way to beat the Chiefs is with a stout pass rush, not allowing Patrick Mahomes to make dynamic plays, and keeping the ball out of the offense’s hands. The Buccaneers’ pass rush did not allow Mahomes to make plays downfield and he had to resort to checking the ball behind the line of scrimmage or tossing it up hoping his receivers were in a position to make a play. While Tom Brady and the offense were able to hold the ball to control the clock more than the Chiefs during that game. Holding onto the ball and taking advantage of their offensive opportunities allowed them to dominate the Chiefs the way they did during that game.

The Titans are well equipped to control the clock better than any other team in the league. They have the league’s most dominant running back over the last two seasons in Derrick Henry and a quarterback who is extremely smart with the ball in Ryan Tannehill. They have the firepower to get a lead early then hand the ball off to Henry over and over until the clock runs out. That has been the Titans’ bread and butter over the last two seasons. That firepower was just Henry last year and now it is their elite offensive trio that could get the Titans a lead early in games. Henry averaged a career-high 5.4 yards per carry last season. So if need be the Titans can rely on Henry to get them a first down in two or three downs, keep the clock rolling, and keep the ball out of the opponent’s hands.

A lesser-discussed part of the Titans offense is how efficient Tannehill has been as a passer. Since taking over he is well aware that the passing game comes second behind their rushing attack. So he does not feel the pressure to make big plays that other quarterbacks do. Tannehill has only thrown 13 interceptions over the last two seasons because he doesn’t have to make the risky plays other quarterbacks do. Rather than making big plays downfield, Tannehill could throw short passes to move the chains and keep the clock moving.

The Titans quarterback Ryan Tannehill is more than a game manager. He has shown the ability to make big plays and big moments, especially in the playoffs. In late December, CBS compared the statistics of Tannehill’s first 24 games as the Titans starter and Patrick Mahomes’ statistics last 24 games. The results of this comparison are shocking enough and help the argument that Tannehill should be considered one of the better quarterbacks in the league.

Tannehill’s 114 passer rating beats Mahomes 105.9 passer rating during that span. However, Mahomes’ 6,983 passing yards is higher than Tannehill’s 6,080 passing yards. Shockingly Tannehill beat out Mahomes in total touchdowns with 61 to Mahomes’ 56. They both only threw 10 interceptions during that span. Finally, Tannehill had a higher completion percentage completing 67.7% of his passes while Mahomes completed 66.4% of his passes. If this was a competition Tannehill beat out Mahomes with a final score of 3-1-1 out producing him in three categories.

Now it is unlikely that Tannehill will join Mahomes in the best in the league conversation unless he takes home the league MVP this season. But the stats do show that the two are closer than many think. If it came to a battle of the better quarterback it may end up being a toss-up between the two.

This offseason the Titans have focused on retooling their defense. Last year the Titans’ defense was not good enough to get the team back to the AFC Championship. So they got rid of multiple starters including Jadeveon Clowney, Kenny Vaccaro, Adoree Jackson, Desmond King II, and Malcolm Butler. They went out and added big-name free agents like Bud Dupree, Denico Autry, and Janoris Jenkins. Then Tennesee drafted three defensive players with their first four selections including first-round pick Caleb Farley, second-round pick Monty Rice, and third-round pick Elijah Molden.

It appears that Tennessee swapped out their strength in the secondary to increase the talent level of their pass rush. Four members of the Titans starting secondary were cut during free agency but they signed two high caliber pass rushers to go along with the pass rushers they already had on their roster. Harold Landry has had 14.5 sacks for Tennesee over the last two years and former first-round pick Jeffrey Simmons is closing in on becoming one of the best defensive tackles in the league after his play the last two seasons. Now the Titans added Dupree who could very well have double-digit sacks and be named to the Pro Bowl this season and one of the most underrated pass rushers in the league the last couple of seasons Denico Autry. Dupree has had 19.5 sacks over his last 27 games. While Autry discretely had 20 sacks over the last three seasons in Indianapolis. The Titans should have no problem getting after opposing quarterbacks next season and beyond.

The reason why Tennessee may have changed the emphasis of their defense from an outstanding coverage team to a dominant pass rush likely has to do with the Super Bowl. Todd Bowles’s defense in Tampa Bay relies more on the play of their front seven than back seven. Their defensive line, pass rushers, and linebackers are all Pro Bowl-caliber players while their secondary is made up of young early draft picks who are capable of playing good enough coverage but are not considered lockdown. A defense with that makeup was able to defeat Tennessee’s biggest rival in Kansas City in the Super Bowl. So Titans’ general manager Jon Robinson decided to remake their defense in Tampa Bay’s image to get past the team standing between them and the Super Bowl.

Which three QBs could break into the first round in 2022
Welcome Back to Fantasy Football: how to master redraft
wpDiscuz
0
0
Would love your thoughts, please comment.x
()
x
| Reply