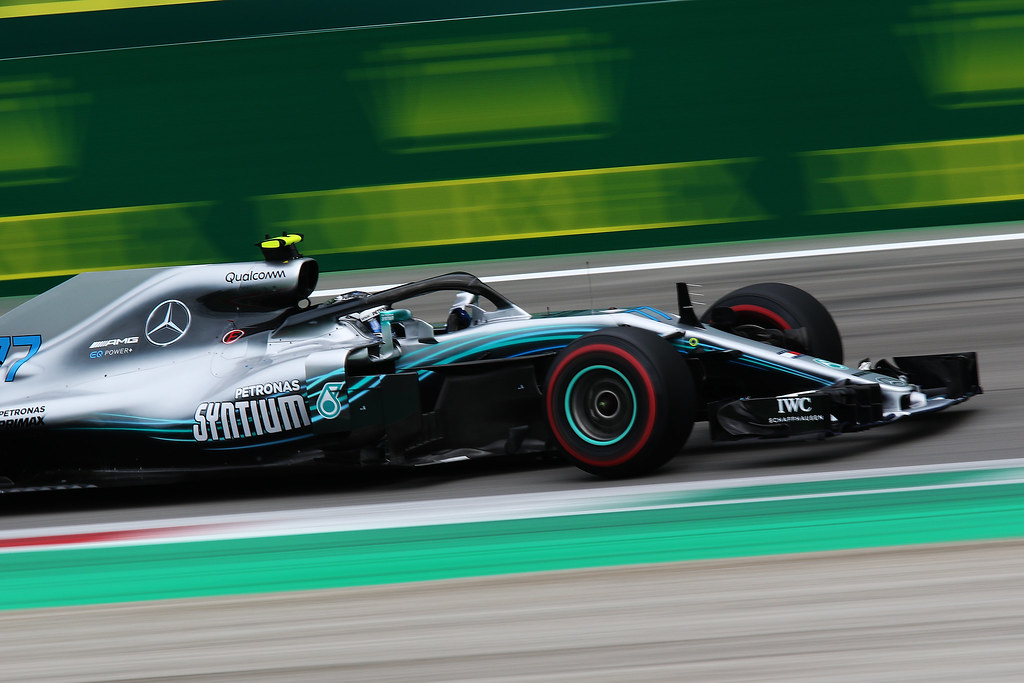 "#77 Valtteri Bottas" by taka_suzuki is licensed under CC BY-SA 2.0

Valtteri Bottas, who is the dazzling Formula 1 driver from “the land of the thousand lakes”, also known as Finland, just won his first Grand Prix of the year this past weekend. The winner of the “Turkish Grand Prix” grabbed an impressive victory and 26 points to keep his championship hopes alive. Max Verstappen, who is still the championship favorite, came right in at the second-place spot.

After Bottas’s enormous victory, he proudly said “I can still win, but if not me, then Hamilton”. Bottas knows he has a shot, but he nicely exonerates a realistic outlook towards the situation. Bottas sits 110.5 points behind the leader Max Verstappen — while his pal Lewis Hamilton is sitting a mere six points behind Verstappen.

All in all, Bottas had a nice victory lap this past weekend and he put his “Mercedes” team on the map. Well, he is at least on the map for now. The Finnish racer will end his tenure with Mercedes upon the eclipse of 2021.

The Mercedes driver has clearly enjoyed a fine tenure with Mercedes and he should ride a wave of optimism with his team to the end. The Finn that felt confident entering F1 by saying “if you can drive on the frozen roads of his homeland then you can drive anywhere” found success in the Silver Arrows in 2017. Per F1, Bottas tied Hamilton with 13 podiums that year.

His success took a nosedive in 2018, as he registered a whopping 0 wins. Meanwhile, his partner in crime Hamilton made up for the lack of competition and clocked 11 victories. Fast forward to 2021, the Finnish driver just picked up his first victory — so he has quite a lot of road to make up.