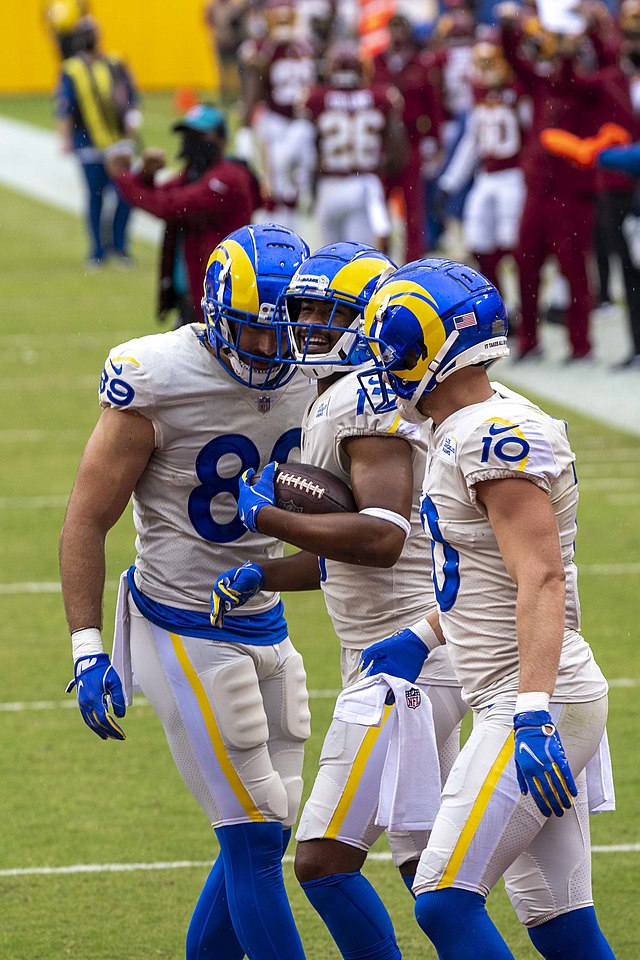 Who is the best offseason target for the Rams?

The Los Angeles Rams have honestly had a terrific offseason thus far. Sean McVay upgraded at the wide receiver position with the signing of Allen Robinson. A-Rob is clearly an upgrade over Odell Beckham Jr. at this point in time (regardless of OBJ’s injury). The Rams also kept Sean McVay and most likely Aaron Donald out of retirement.

I still expect the Rams to be aggressive and creative to acquire talent this offseason. There are a few profiles that I believe McVay is currently drooling over this offseason. With that said, here are a few free-agent draft prospects that should impress Les Snead and McVay in the near future:

McVay has been firm in his interest to ink the future Hall of Famer Bobby Wagner. Per Rams Wire, McVay is definitely interested in bringing in Wagner. If the Rams signed the former Seahawks LB, it would honestly be the most impressive free-agent signing by any NFL team this offseason. It would be hard to imagine that the utterly explosive Rams offense wouldn’t be joined by a Top 5 defense with Wagner, Aaron Donald, Leonard Floyd, and Jalen Ramsey.

I suspect that Odell Beckham Jr. is hoping for a team to overpay for his services, but It would be very logical if he returned to the Rams on a short-term contract. OBJ could be involved in the Robert Wood-less offense and have a strong chance of winning another Lombardi. I’d also expect OBJ to want to play for a playoff contender on a one or two-year deal because he will already miss a huge chunk of the 2022 season. There isn’t any reason why OBJ can’t have a ton of success with the Rams in 2022 and then sign a massive four-year deal after the 2022 season.

It appears that Jadeveon Clowney is looking to finally cash in after staying healthy and having a 9 sack season. I expect him to sign with a squad that offers him the most money. Clowney may not be head over heels to sign with a squad like the New York Jets, but he can help any team grow for the next five years. If the Rams sign a player like Wagner or OBJ, he may be more tempted to take less money to ink a deal with the Rams (If the Rams make their cap work for numerous FA signings). With that enunciated, I expect the Rams are more interested in signing Wagner and OBJ than Clowney (and his infamous Outback Bowl hit).